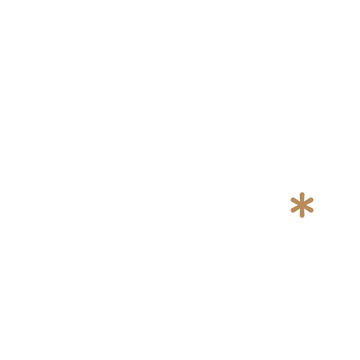 Russia’s next ‘foreign agent’ could be you

Several amendments have been introduced to the Russian State Duma at once, expanding the concept of “foreign agent” and introducing various fines for those given this label. In addition to what appears to be fines for anyone who writes about a foreign agent without indicating that the organization or individual in question falls into this category.

Lawmakers want to make changes to the laws governing non-governmental organizations (NGOs) and mass media, as well as Russia’s Code of Administrative Offenses.

What exactly are they planning to dole out fines for?

If a person or an organization is recognized as a foreign agent in Russia, media outlets will be expected to say so in their coverage. Much in the same way that currently, journalists in Russia have to indicate when they are writing about an organization that the courts have declared extremist. For example, reporting on the Ukrainian far-right group “Pravy Sektor” requires mentioning that this organization is “recognized as extremist” in Russia.

The bill proposes supplementing Article 4, paragraph 9 of Federal Law Number 2124-1 “On Mass Media” (dated December 27, 1991), so that it prohibits disseminating information in the media, as well as via information and telecommunications networks, about NGOs, community associations, and individuals registered as foreign agents (with the exception of information posted on unified state registers and state information systems). It will also prohibit the distribution of materials produced by said NGOs, community associations, and individuals, unless it is indicated that they are recognized as foreign agents in Russia.

So the fines are only for media outlets?

That’s not true. The bill proposes amending the law “On Mass Media” to prohibit the dissemination of information about foreign agents without indicating their status. However, it also proposes introducing fines for violating this ban into the Administrative Code of Offenses (which already includes similar fines for failing to mention the status of organizations considered extremist).

In general, it sounds pretty confusing. It would appear that the changes only affect the media (and not ordinary citizens), seeing as the provisions of the law “On Mass Media” only apply to members of the press. And similar provisions on mentioning extremist organizations mainly regulate the work of journalists (with rare exceptions). Moreover, an explanatory note to the amendments to the Administrative Code and the cabinet’s response to these amendments indicate that it refers to the dissemination of information in the media specifically. Finally, one of the proposed amendments to the law “On NGOs” explicitly states that in the case of an individual labeled a foreign agent, only the press needs to mention this status.

However, there’s an important nuance. The Administrative Code’s new clauses prohibit distributing information about foreign agents without mentioning their status in general — and nowhere do they say that this ban only applies to the media.

Each section of the Russian Administrative Code has its own “responsible” authority, which can draw up administrative protocols in connection with violations outlined therein. In the case of foreign agents, the body in charge is Roskomnadzor (the Federal Service for Supervision of Communications, Information Technology and Mass Media), which can only write up protocols in relation to media outlets (and officially registered ones, at that). That said, there’s also state prosecutors, who by law have the right to initiate proceedings in response to any administrative offense. In other words, theoretically, if the amendments are adopted, prosecutors could go after any individual for failing to indicate the status of a foreign agent.

What do you mean?

If the bill is adopted in its current form, it’s fully possible that the authorities could hand out fines for wishing a person recognized as a foreign agent “happy birthday” on a social networking site — if you fail to indicate their status.

However, it seems that even the authors of the drafts laws don’t exactly know how all of this will work as of yet.

I thought only NGOs could be labeled foreign agents.

Not anymore, but it all started with NGOs. As of 2019, media outlets can be recognized as foreign agents if they have a legal entity registered abroad and receive foreign funding. And as of February 2020, ordinary citizens (for example, bloggers) can be added to the list of foreign agents if they “distribute printed, audio or video materials and other information to an unlimited number of people” and receive money from sources abroad.

Moreover, the foreign funds don’t necessarily have to be paid in exchange for disseminating information. Posting on social media and occasionally receiving money transfers from foreign nationals, for example, is enough to get you labeled as foreign agent media. Moreover, you can get slapped with this designation for simply distributing information from media outlets labeled foreign agents and receiving foreign income for something else.

The proposed amendments, firstly, make it possible to label associations that aren’t registered legal entities with the foreign agent designation (creating risks for organizations like Dissernet or the Golos movement, for example). And secondly, they expand the list of justifications for recognizing an ordinary person as a foreign agent.

What are the new justifications?

Anyone involved in “political activity” in the interests of a “foreign source” can be declared a foreign agent, regardless of citizenship. It also includes collecting information on Russia’s military and military-technical activities that foreign sources can use “against the security of the Russian Federation” as grounds for being given foreign agent status (unless the person in question stands accused of treason or espionage instead). The Justice Ministry, which maintains the foreign agent register, will be responsible for adding people to the list.

What are “foreign sources”?

In the bill, they are listed as follows:

What is considered “political activity”?

This is the main problem. The law’s definition of “political activity” is extremely broad. To get a better understanding, look at the NGOs that have been recognized as a foreign agents already — they were also given this status on the grounds that they received foreign funding and were engaged in “political activity” in Russia. In practice, this has meant any kind of public activity. Signs of “political activity” were found in organizations involved in HIV prevention (for publishing press releases and giving interviews) and ones helping people with diabetes (for passing information on the region’s “sore spots” to foreign partners).

So pretty much anyone can be found to be exhibiting signs of “political activity.”

So what will change?

Individual people could be labeled foreign agents before, but the amendments make this procedure more confusing, on the one hand, and on the other allow for pretty much anyone to be declared a foreign agent.

Currently, anyone who receives money from abroad for any reason is at risk of being designated as a foreign agent — the funds don’t have to be linked to “political activity”: the very existence of foreign income is sufficient justification for giving a person or an organization this label.

If the proposed amendments are adopted, recognizing someone as a foreign agent will require the justification that they received support for their “political activities” specifically. However, this can include “any organizational or methodological help” — not just funding. And not only support from “foreign sources,” but also from their intermediaries — Russian citizens and organizations “acting in the interests of a foreign source.”

To give some simple examples, according to the new rules, a person taking part in an event hosted by a foreign agent NGO could be considered grounds for adding that individual to the foreign agent register. As could someone working as an election observer, if they receive methodological literature from a foreign agent. Not to mention the employees of NGOs considered foreign agents — they could be slapped with the same label almost automatically.

What restrictions will individuals face as foreign agents?

If the amendments are adopted, foreign agents will be banned from taking up positions in local governments and state bodies. If a candidate for deputy is included in the foreign agent register, he or she will be expected to declare this status when registering their candidacy. And if they haven’t been blacklisted but have received support from any foreign agent in the last two years (be it a person or an organization), the candidate must declare this affiliation. During campaigning, any mention of a foreign agent candidate must be labeled accordingly.

Individuals labeled foreign agents will be prohibited from accessing state secrets. They will also be obliged to report to government agencies regularly on their activities “related to the performance of the functions of a foreign agent” and report on the spending of funds received from abroad. They will also be required to add a “foreign agent” label to all of their communications, including posts on social networks (a similar rule is already in place for “media individuals”).

Are there currently a lot of people recognized as foreign agents in Russia?

So far there hasn’t been a single case of an individual being declared a foreign agent, but it seems as though it’s only a matter of time. And if the amendments are adopted, it will be even easier than ever for this to happen.

Will these amendments be adopted?

Most likely, yes. In recent years, laws on NGOs have passed through parliament with relative ease: nearly all of them were adopted in record time and with minimal changes between the first and second readings. Although, given some of the uncertainties that linger in the proposed amendments (for example, regarding ordinary citizens mentioning foreign agents online), it’s possible that some changes will emerge.

One way or another, the government has already given a positive response to the major amendments. And the State Duma’s security committee even suggested they consider strengthening the bill.

What’s more, lawmakers want to introduce criminal liability for repeated violations of foreign agent restrictions. But so far such a bill has yet to be introduced.