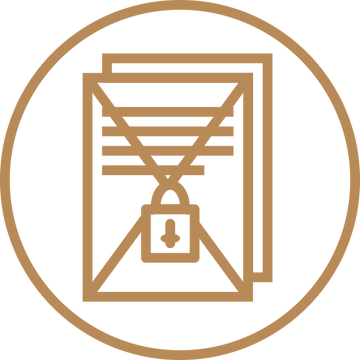 How does Russia define high treason and state secrets?

On July 7, 2020, former Kommersant journalist Ivan Safronov was charged with treason. He is reportedly suspected of collecting information about Russia’s military and national defense, and then transmitting the data to intelligence agents in a NATO member state. The case against him could be tied to a story he authored in March 2019 about Russia signing a contract to supply Egypt with Su-25 fighter jets. It’s been nearly 20 years since a journalist in Russia has been charged with treason. The last reporter prosecuted for this crime was Grigory Pasko, who was convicted in 2001 of high treason under Criminal Code Article 275.

Meduza first published the text below in February 2015 in connection with the case against Svetlana Davydova, a woman in Vyazma who was charged with treason for informing Ukrainian diplomats about Russian troop movements toward the Ukrainian border. Davydova’s case was closed in March 2015. We are republishing this text in light of Ivan Safronov’s arrest.

For more about Ivan Safronov’s case

What is high treason?

According to Russia’s Criminal Code Article 275, high treason can be committed only by a Russian citizen in the following three forms:

So espionage and high treason are the same thing?

No, there’s a separate criminal statute for espionage — Criminal Code Article 276. It’s a similar crime, except it’s committed only by foreign citizens or stateless persons (collecting, storaging, and transmitting to a foreign state or organization state secrets or “any other information” that can be used against Russia’s national security). Espionage is punishable by imprisonment between 10 and 20 years. Both criminal statutes are worded broadly enough to encompass a wide range of activities.

Are treason cases common in Russia?

Based on reporting by Russia’s Supreme Court, the country convicted 25 people of high treason between 2009 and 2013. Since 2014, however, there’s been a spike in these prosecutions. In 2015, there were 15 cases. In the first half of 2020, meanwhile, the courts have already convicted nearly 30 people of treason.

What constitutes a state secret?

State secrets are considered any information designated by the state in the fields of Russia’s military, foreign policy, economy, intelligence and counterintelligence activities, and law-enforcement operations that could conceivably harm Russia’s national security. This concept is established in Russia’s law on state secrets.

How are you supposed to know what information is designated as a state secret?

Generally speaking, a list of the information that might be classified in Russia is available in Article 5 of Russia’s law on state secrets and a more detailed list can be found in an executive order approving this list. Using these two documents, various state agencies adopt their own lists of classified information, where the categories of state secrets are defined in even more detail. The problem here, however, is that these agency lists are themselves classified and unavailable to the public. This lack of transparency makes it impossible to understand fully what is considered a state secret and what is not, meaning that Russians can never really know if they’re committing an act of treason.

Can you charge people with treason for collecting open-source information?

Yes, though people who collect open-source information cannot be charged with disclosing state secrets. If a court decides that someone collected open-source information for foreign states or organizations and that these data could harm Russia’s national security, the suspect can be prosecuted for high treason in the form of espionage. Such cases are not uncommon. The phrases “other help” and “other information” grant broad prosecutorial powers to the authorities.

Do journalists have the right to disseminate state secrets if they’ve already been published by open sources?

Technically, yes. Russia’s Criminal Code doesn’t prohibit such activities, but that hasn’t stopped law-enforcement agencies from opening criminal cases against media outlets in these situations. In 2002, for example, the magazine Vlast was charged with disclosing classified information about the deployment of Russia’s missile forces. Journalists say they obtained the information from open sources, including the Kremlin’s and Defense Ministry’s own websites. The case was ultimately dismissed.

When does the state declassify its secrets?

Russian law provides for 30 years of secrecy on classified intelligence, though this term can be extended in certain cases. On the other hand, if the need for secrecy recedes sooner, information can be declassified earlier. For example, in 2013, Russia declassified information about underground oil reserves. But information is often reclassified, like in 2014 when the secrecy term on many Soviet archival records related to the Great Terror was extended for another 30 years.

Can ordinary people influence the declassification of data when there’s a prevailing public interest in the information?

Absolutely. Russian citizens have the right to request specific declassifications and challenge the classification of certain information in court.

Text by Evgeny Smirnov and Darya Sukhikh, lawyers at “Team 29”