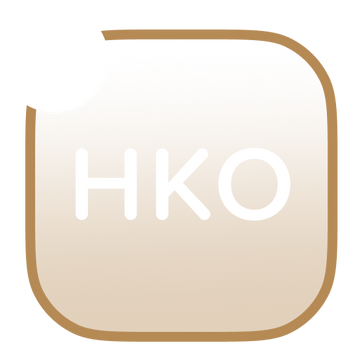 This law will apply to all non-profit organizations listed in the government’s foreign agent registry. This includes, for example opposition figure Alexey Navalny’s Anti-Corruption Foundation (the FBK), Transparency International — Russia, as well as the Memorial Human Rights Center and Memorial International.

Which programs will be banned?

We don’t know. The draft law only says that the Justice Ministry’s decision on banning the implementation of a particular program must be “reasoned.” A list of possible reasons hasn’t been provided.

As a result, the authorities will be able to present any non-profit considered a foreign agent with a choice: stop the activities it’s engaged in or be dissolved. Choosing either of these options will mean the effective destruction of the NGO.

Will this decision be made by a court?

Yes, in the event of a compulsory dissolution, the court will have the final say in assessing the NGO’s activities. If it so chooses, an organization itself can appeal to the courts to challenge the validity of a ban on a particular program. But considering common practice in such cases, the chances of success seem unequal: the courts almost always side with the authorities.

Yes. But so far the basis for dissolving foreign-agent NGOs has been the same as for “non-agents”: for example, if a non-profit organization has carried out activities prohibited by law or contrary to its statutory objectives, or if it failed to consistently submit reports, and so on.

The most famous non-profits to be dissolved through the courts are “Za Prava Cheloveka” (For Human Rights) and “Agora.” Out of an unwillingness to fulfil the demands of the authorities, many organizations have stopped their activities: the association “Golos,” Lawyers for Constitutional Rights and Freedoms, The Memorial Center of the History of Political Repression Perm-36, the LGBT Organization “Vykhod” (Coming Out), and many others.

So what’s new about the draft law?

The bill will make the situation significantly worse. When it comes to “activities prohibited by law,” it’s clear what is prohibited: there is a body of legislation that makes it more or less clear what can and cannot be done. But now the Justice Ministry will study the activities of a specific NGO and decide which activities can be continued and which ones should be banned, and the grounds for the ban can be anything. For example, Memorial has a program [called] “Support for Political Prisoners.” They could ban it, say, on the basis that officially there are no political prisoners in Russia. And in court, theoretically, the NGO can only argue that it stopped a particular program, but not against the very fact that the ban on the program is justified.

In addition, right now only the Russian branches of foreign NGOs (for example, Amnesty International or Human Rights Watch) are supposed to provide the Justice Ministry with information on the programs they are implementing. And the authorities have only required that foreign-agent NGOs (Russian organizations) submit reports more frequently and mark all of their materials with a “foreign agent” label. This is why the Constitutional Court recognized the “foreign agents” law as in compliance with the Russian Constitution.

What was the Constitutional Court’s ruling?

In April 2014, the Constitutional Court ruled that the law doesn’t impose any restrictions on foreign-agent NGOs in terms of funding sources or types of activities. But since then, organizations labelled as foreign agents have been consistently forbidden from monitoring elections and referendums, nominating candidates for public monitoring commissions, and conducting anti-corruption reviews of draft laws. In addition, they have been forbidden from providing “socially useful services,” which has limited their access to public funding significantly.

So it’s not just about filing reports and using the ‘foreign agent’ label anymore?

Yes, but these are problems too. The draft law requires that foreign-agent NGOs label any “published or distributed” materials with a marker of their organization’s status. However, the draft law doesn’t contain a definition of “material.” As such, foreign-agent NGOs are constantly under the threat of another fine for failing to mark something that wasn’t considered “materials” before. And the fines start at 300,000 rubles (nearly $3,950).

In 2015, a foreign-agent NGO asked the Justice Ministry for clarification on how to label its official website. The ministry responded that reporting the organization’s foreign agent status in its “about” section was sufficient.

In 2016, another NGO was fined for failing to label the publications on its website, despite the fact that the organization’s “about” section included information on its foreign agent status. A letter from the Justice Ministry was brought to the attention of the court, but it didn’t have any effect.

Recently, there’s been a problem with social media. Previously, no one was required to label accounts on social media, but in 2019 several organizations were fined all at once for lacking the foreign agent label on their social network pages. In fact, in order to protect themselves from fines for not labelling, foreign-agent NGOs more or less have to stick the appropriate labels everywhere.

And what about reporting?

This is where small NGOs are mainly under threat. Any delay in submitting a report, even by one day, threatens a fine or 100,000 rubles (about $1,315) or more. The annual audit, which all NGOs designated as foreign agents are required to undergo, is also expensive. In fact, for small, primarily regional NGOs, being labeled as a foreign agent means that a significant portion of their small budget will be spent on fulfilling the requirements of this very law.

In addition, it’s extremely difficult for foreign-agent NGOs to have constructive interactions with government representatives. And finally, in recent years, a number of foreign organizations that finance Russian NGOs (ones designated as foreign agents) were deemed “undesirable” and now any interaction with them could lead to criminal prosecution.

If the current draft law comes into force then foreign-agent NGOs will be arbitrarily limited both in terms of their activities and funding sources, because the Justice Ministry will be able to ban their programs on any grounds. That’s to say that the argumentation used by the Constitutional Court when approving the law on foreign-agent NGOs in 2014 will become completely irrelevant.

Will the draft law be approved?

It’s very likely. Firstly, it was introduced by the Russian Cabinet. Secondly, most initiatives that restrict the activities of “foreign agents” become laws. Thirdly, it’s clearly aimed at bringing the legislation in line with recent amendments, which, at the level of the constitution, made compliance with the rulings of international institutions optional. Among the NGOs that the Russian government calls foreign agents, there are many who appeal to these very same international institutions and win cases there. So it’s not surprising that they’re seeking to bring them under total control.

Of course, if the law is adopted, NGOs will be able to file a complaint with the Russian Constitutional Court. But this is unlikely to have any effect.