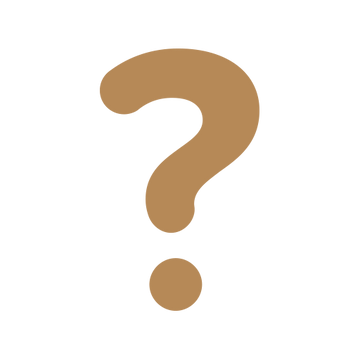 They say Russia is trying to cover up the ‘real’ death toll in the Kemerovo fire. Is it true?

Many people in Kemerovo and other cities across Russia don’t believe the official death toll announced for Sunday’s fire at the “Winter Cherry” shopping center. Victims’ relatives and others say there were far more than 64 fatalities, and they are accusing the authorities of trying to conceal all the facts.

The fire in Kemerovo

There are currently multiple official fatality estimates in Sunday’s fire — they differ, but not substantially. Russia’s Federal Emergency Management Agency says 64 people died. The Federal Investigative Committee says it’s received missing-persons reports from relatives for 67 people. The Kemerovo regional administration’s website lists 63 people who died or went missing in the fire, though only 25 of the bodies have been identified so far (including 13 children). There’s still no complete list of everyone who perished on Sunday.

Do the authorities claim to have recovered all the bodies already?

No. No government agency has yet made such an announcement, but Russian FEMA head Vladimir Puchkov says the search effort will end soon.

Could there still be victims the authorities don't know about?

Theoretically, yes, but it’s hard to imagine that there could be dozens or even hundreds of victims whose friends and relatives simply haven’t contacted the authorities after three days. The “headquarters” assembled by victim’s relatives says it’s collected evidence of 85 people who went missing in the fire. A spokesperson for the group claims they gathered this information “in person, by email, and by SMS.” It’s unclear, however, how they could have verified this information remotely. It is possible that some of the names on the groups’ list are the same individuals already recorded by the authorities.

How could emergency workers find people’s remains after just a day? Wouldn’t some of the victims have burned completely to ash?

Even in a blaze as big as the one that destroyed the “Winter Cherry” shopping center, fire doesn’t completely destroy the human body, and some fragments remain intact. An expert in this area explained to Meduza that temperatures need to be considerably higher to incinerate human beings completely (reaching the conditions of a crematorium).

Why are some claiming that 400 people died?

People making this claim have cited various unverified sources. For example, there is a series of audio recordings where unidentified people supposedly working at local hospitals and emergency response centers say the death toll in Kemerovo is actually much higher. Internet users have circulated screenshots of instant messages discussing the “real” number of victims.

At a rally in Kemerovo on March 27, someone played a recording where a woman says her husband, who works as a trucker, told her that 350 bodies were being transported locally. Another demonstrator played an audio recording where an unnamed woman working for the Federal Emergency Management Agency says the authorities are hiding the true number of victims to avoid an international investigation. The woman, who said only that she is a paramedic, claimed that 300 bodies had been brought into the morgue.

On social media, people discussed rumors that 200 fresh graves were being prepared at the Kemerovo city cemetery for victims of the fire. Not one of these claims has been reliably verified.

Responding to the fire

Trying to prove to the public that the government isn’t hiding any bodies, local officials allowed some members of the victims’ civic group to enter the city morgue and see for themselves. It didn’t work; people still didn’t believe them. The city’s chief coroner also denies talk of hundreds of bodies, and local journalists visited the cemetery and didn’t find 200 new graves. It turns out that a prankster called all the morgues in Kemerovo on March 25. Posing as an emergency worker, he told them to expect more than 300 bodies from the fire at the shopping center. It’s possible that this is how the online rumors got started.

So this is all just a bunch of rumors?

Probably, yes. This kind of thing happens during disasters, terrorist attacks, and other calamities. Fake reports appear on social media, old photographs are presented as new footage, security camera videos circulate that have nothing to do with the incident, and people share panicked announcements, asking for reposts. With Sunday’s fire in Kemerovo, it was more of the same — and maybe even more than usual.

If you still suspect the Russian officials of hiding information about the death toll in Kemerovo, consider these points:

If the authorities aren’t lying, then why is there so much information about “hundreds of dead”?

People’s distrust of the official death toll is most likely due to the fact that many Russians are suspicious of information provided by the government and by journalists. While conspiracy theories flourish all over the world, the Russian and Soviet authorities have a particularly nasty history of hiding domestic tragedies from their own people.

In the post-Soviet era, Russians remember the Beslan crisis (where officials said there were between 120 and 354 hostages, when there were actually more than 1,100) and the “Nord-Ost” siege (where the police to this day still won’t reveal what gas they used to incapacitate the terrorists and accidentally kill several hostages). When people believe they’re being lied to by state officials and the news media, “alternative information” can spread quickly.