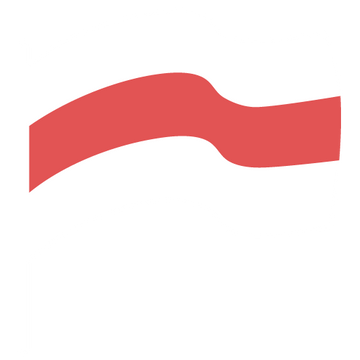 What just happened and what’s next in Belarus? A rundown of the contentious presidential race, Lukashenko’s surprising struggles, and the likely post-election scenario

On August 9, Belarus will conclude its most contentious, openly dirtiest, and toughest presidential campaign ever. During the race, one candidate has been imprisoned (as well as two campaign chiefs of staff) and another fled the country altogether. The number of political prisoners in Belarus spiked from one to 24 people, and law enforcement has started arresting not just local oppositionist activists but even Russian mercenaries.

State officials have removed candidates from the presidential race and the Central Election Commission is limiting independent observers’ access to polling stations, supposedly to curb the spread of coronavirus (though the disease prompted few containment measures when Minsk held its annual Victory Day parade in May).

Despite all these setbacks, this year’s race has been the Belarusian opposition’s most successful campaign ever. Victor Babariko (Viktar Babaryka) collected a record-high 435,000 signatures endorsing his candidacy, and rallies in support of Svetlana Tikhanovskaya (Svyatlana Tsikhanouskaya) have attracted the largest crowds in the history of modern Belarusian politics. On July 30, for example, more than 60,000 people gathered in Minsk to hear her speak. At a rally scheduled for August 6, she will likely draw an even bigger audience. The opposition’s public support appears to rival the country’s support for the long-time incumbent president, Alexander Lukashenko (Alyaksandr Lukashenka).

Is there sociological polling to back this up?

There’s some. The chief obstacle to conducting sociological surveys in Belarus is the fact that it requires hard-to-get accreditation from the Academy of Sciences. There are currently just nine organizations — all close to the authorities — with these necessary credentials. The only official, confirmed indicator we have in this presidential race is Lukashenko’s trust rating among the residents of Minsk. The Academy of Sciences carried out this poll itself in April 2020, recording a 24-percent trust rating for the president. Other research has appeared online that pegs Lukashenko’s electoral rating around this same level.

Tikhanovskaya’s large rallies indicate that she has galvanized the protest vote in Belarus and will likely draw support from voters who cast ballots against Lukashenko.

Is Tikhanovskaya all the opposition has left?

After election officials barred the candidacies of Lukashenko’s two chief rivals, Victor Babariko (Viktar Babaryka) and Valery Tsepkalo (Valeryy Tsapkala), both campaigns endorsed Tikhanovskaya. There are no other candidates with widespread support.

Andrey Dmitriev (Andrey Dzmitryeu) managed presidential campaigns for Belarusian opposition candidates in the past two elections. His rhetoric is mostly moderate and, though he does criticize the authorities, he takes every opportunity to clarify that he wants no part in protests. Businessman Sergey Cherechen (Siarhei Cherachen) was mostly unknown to the public before the campaign, and Anna Konopatskaya (Hanna Kanapatskaya), who represented the opposition in the Belarusian Parliament from 2016 to 2019, is now running effectively as a spoiler candidate for the government. She’s been unable to explain how she collected the signatures needed to register her candidacy and she’s eagerly criticized Tikhanovskaya and Babariko whenever possible.

Under the current circumstances, none of these other candidates looks capable of pulling off an upset, should society suddenly become exhausted by the confrontation between the authorities and the opposition (which does happen in some countries). Belarusians aren’t tired yet — this is their first major political clash in many years.

It’s going better than you’d expect, especially if you recall that she’s a housewife without political experience, her husband is locked up in prison, and she was forced to send her children abroad for their own safety. Her campaign has named official proxies that include well-known activists who seemed mentally balanced but then praised Adolf Hitler in speeches at demonstrations. When you factor in all that, Tikhanovskaya’s success is breathtaking.

By merging with the campaigns of Victor Babariko and Valery Tsepkalo, Tikhanovskaya inherited a large staff that manages her speeches and plans rallies. She took to public speaking quickly and earned what appears to be broad support from Belarusians. She does no campaign fundraising because her campaign received the legal maximum in donations (about $100,000) on her first day in the race.

For the most part, however, the strength of Tikhanovskaya’s campaign relies not on her personal appeal but the opportunity to vote out Lukashenko. She says openly that she doesn’t intend to stay in office for long (if elected) and she assures the public that she is fighting for her family, not for power.

Why have Belarusians soured on Lukashenko? Is it just that he’s been in power for too long?

Besides general fatigue, Belarusian society has plenty of reasons to want an end to Lukashenko’s reign, but here are the two biggest: first, the economy has been stagnant for the past decade. In response to discontent about wages, for example, the state authorities have encouraged people to work overtime or find a second or even third job. The second major reason for Lukashenko’s unpopularity is his poor public communication during the coronavirus pandemic. The president dismissed fears about COVID-19 as lunacy and claimed incoherently that “tractors will cure everyone.” He also accused doctors of spreading the infection and blamed victims for their own deaths. For many Belarusians, Lukashenko’s behavior displayed the depths of his indifference about public health and safety.

Ironically, Lukashenko’s own health seems to have deteriorated as the election nears. He’s appeared wheezing on television with an IV line strapped to his hand. The president also postponed a parliamentary address scheduled for August 3.

The country’s economic problems and Lukashenko’s communication failures have penetrated all areas of society to some degree, making it hard to identify voter groups who still approve of the president. He previously enjoyed strong support in small towns with less-educated voters and local economies that depend heavily on state subsidies, but even this base has weakened. For example, in the town of Hlybokaye (population: 18,000 people), roughly 1,000 locals attended a weekday, midday rally for Svetlana Tikhanovskaya in late July. It’s possible that Lukashenko remains popular among senior citizens and national security leaders, but his rating has slipped even among these groups.

Why are they even allowing Tikhanovskaya to run?

She looked like the weakest of all the opposition candidates campaigning openly to win the race. Most likely, Lukashenko wanted to leave at least one real challenger on the ballot to preserve a semblance of competitive elections.

It’s also possible that Lukashenko underestimated Tikhanovskaya because she is a woman. In fact, the president makes no secret of his belief that women are inferior to men. On one hand, he apparently believed that it would be easier to run against a woman. On the other hand, he perhaps considers it “unmanly” to take repressive action against a woman.

What does the opposition actually want? Is there any platform, other than ousting Lukashenko?

First and foremost, the opposition’s primary objective is a transition of power. This might seem like a bland agenda, but it’s been working, so far. The cause has successfully united disparate political groups in the common hope of seeing someone new in the Belarusian presidency.

In interviews, opposition politicians have articulated only abstract platforms. No candidate has drafted a comprehensive development strategy for the country, but that includes Lukashenko, whose only apparent goal in the race is to remain in power. Most likely, this aim alone suits his remaining supporters.

What role do the arrested Russian nationals play in all this?

That’s still unclear. For the past three months, the state authorities have repeatedly accused individuals from Russia of wanting to overthrow Lukashenko with the help of Victor Babariko and Svetlana Tikhanovskaya’s husband, Sergey. At the same time, officials presented no evidence to corroborate these allegations. Now there are these Russian mercenaries in custody. The authorities say these men behaved suspiciously while in Belarus, arriving quietly to destabilize the political situation, sharing hotel rooms, and dressing in camouflage.

Perhaps the biggest mystery is why Russia sent these men to Belarus in the first place. Throughout the campaign, Lukashenko has been doing exactly what the Kremlin needs: driving the country deeper into Western sanctions, resulting in greater economic dependence on Russia. In just a month’s time, if he’s still in office, President Lukashenko should be much better positioned to agree to Moscow’s terms for an economic rescue. By greenlighting the arrest of these mercenaries, Lukashenko is playing at something, but we can only guess the game and wonder with whom in Moscow he’s playing. The men now in custody are apparently from the “Wagner” private military company — a group with close ties to the Russian authorities, of course, but not as openly affiliated as, say, special forces agents.

The way things look now, the answer is still probably no. Without independent election observers, the public wields no control over the counting of ballots. Protests, like continued clashes with police, seem inevitable. The opposition appears to have no understanding of how it might win if the elections are falsified and if the authorities decide to crush peaceful demonstrations. Law enforcement in Belarus has repeatedly proved its capacity to disperse large public assemblies. Police officers have systematically arrested and beaten activists. Given that it’s unlikely the country’s security elites will splinter and back the opposition, Lukashenko will likely weather the election by relying on police repression.

These circumstances are more or less obvious to everyone involved in the presidential race, but this realization alone doesn’t mean that protests will be few or even that they’re doomed. For many activists now, the campaign has become a demonstration of their right to freedom and their faith in change, however illusory. In the end, a lot will depend on the number of protesters who turn out. Police can handle a crowd of 25,000 people. If 200,000 demonstrators flood the streets, the authorities will be overwhelmed.

If Lukashenko remains in power, what happens next?

It would be his most trying presidential term yet, and quite possibly his last. It’s unclear how Belarus is supposed to restart its economy: the West will probably impose targeted sanctions and — even if Lukashenko complies and grants Moscow every concession on further integration — Russia won’t give him enough money to restore the public’s trust. The opposition can almost certainly expect a new wave of police repressions, but the movement’s place in Belarusian society is now undeniable. In the past, the opposition had to busy itself trying to gain voters’ attention. Moving forward, all it needs is to finetune its organizational structure and wait for its next chance, when it will be far better prepared. Whatever happens, Lukashenko has been dragged down to Earth; if this race has proven anything, it’s that Belarus no longer has a “people’s president.”

More about the Belarusian election