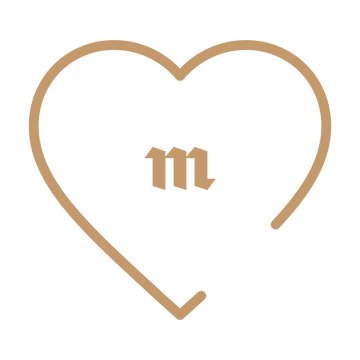 Want to help sustain Meduza? Here’s how it works.

Hold up. What happened??

When Russia’s Justice Ministry designated us as a “foreign agent,” Meduza lost nearly all its advertisers. Our reporters lost any shot at a normal work life inside Russia. Meduza is resilient, but now we need our readers’ support to survive. Without your help, you’ll lose something, too — one of the biggest, truly independent news sources still left in Russia.

No. The law doesn’t prohibit donations to “foreign agents,” and it imposes no restrictions on supporters. Many non-governmental organizations that Russia has designated as “foreign agents” subsist on donations. It is perfectly legal in Russia to transfer money to these organizations.

Of course, we promise never to share your personal information with the Russian authorities or anyone else.

But why does Russia’s Justice Ministry say you’re “foreign agents”?

We don’t know. The Russian authorities are under no obligation to explain this designation. Asked directly about its decision, the Justice Ministry said it acted after another government agency provided “documents” indicating Meduza’s “foreign financing,” but the ministry hasn’t shared any documents with us.

But you’re registered abroad and all, so this status makes sense, right?

Meduza’s core team left for Riga in 2014, after realizing that it’s now impossible to perform independent journalism in Russia while remaining at the mercy of the local justice system. In this sense, we are in fact a foreign media outlet.

But we’re nobody’s “agents.” Meduza is a private company without any state support. Until now, this business generated revenue primarily by selling advertisements. Our clients are mainly Russian companies, which is only logical because most of our readers live in Russia.

Unfortunately, Russia’s laws allow the Justice Ministry to designate any media outlet as a “foreign agent” arbitrarily, without presenting a shred of evidence. Organizations saddled with this status face real and immediate police pressure. For example, Meduza is now required to report almost constantly to the Russian authorities. The slightest errors in this paperwork can lead to fines and then criminal liability for our senior staff.

But who cares about Russian laws? You’re in Riga! Can’t you just ignore all this?

With the Justice Ministry’s designation, Meduza is now a “toxic” company for many Russian advertisers. We’ve already started losing clients, and we expect to lose them all in the near future. Without ads, we have no revenue. Before the Russian authorities intervened, Meduza operated a stable, well-established advertising business. That’s gone now.

Glance at our Russian-language edition and you’ll see that every single page at Meduza features a giant warning to readers about our “foreign agent” status. This notification isn’t there to be cute or to evoke your sympathy; Russia’s federal censor requires us to post this text. In fact, regulations forbid us from making the font any smaller or placing the warning at the bottom of a story. The notification has to be big, bold, front, and center. And it must appear in our advertisements, as well. As you can imagine, few companies will pay to promote their products below a warning that the content was “created by foreign agents.”

If we refuse to comply with these requirements, the Russian authorities will simply block Internet access to Meduza. A single violation would be enough to trigger this action.

All this is to say nothing about the new risks facing Meduza’s journalists, many of whom live in Russia. At best, they will now find it immensely harder to do their jobs (government officials are disinclined to speak to “foreign agents”). At worst, our reporters themselves could be designated as individual “foreign agents,” which carries the same state oversight and threat of fines and criminal prosecution that already burdens Meduza as an organization.

Has Russia blocked a news outlet over this stuff before? Are you the first journalists to deal with the “foreign agent” designation?

We’re not the first. The Justice Ministry has slapped other news outlets, like Radio Svoboda and Voice of America, with the same designation. Unlike these publications, however, Meduza has no state funding or Cold War legacy. An organization like Radio Free Europe/Radio Liberty can likely afford to ignore Russia’s media laws, even if it puts the entire news outlet at risk of being blocked online in Russia. If that happened to us, it would be the end of Meduza. We have no safety net.

How will my donation help you?

Contributing to Meduza will help offset the advertising revenue we lost when the Russian authorities labeled us a “foreign agent.”

Who can donate? Do you have to be a Russian citizen?

No. Anyone can help. Your citizenship is irrelevant.

But you’re asking for bank account information. Is this safe?

We don’t store any bank account or payment data on our servers. Every debit is encrypted and processed through the secure and reliable payment service “Stripe.” Also, our donations interface has none of the scripts we usually use across the rest of Meduza — even Google Analytics and Yandex Metrics are absent.

And my email address won’t end up in some leaked database?

No. Meduza doesn’t store it at all. If you provide us with an email address, it will be logged securely in the payment system described above.

Is it better to give a lot all at once or pledge smaller but recurring donations?

Everybody loves a sudden flood of cash, but monthly contributions (even modest sums of money) make it easier for us to plan our budget. That said, Meduza greatly appreciates any support you can offer, so please, if you can give, do it in the way that is easiest for you.

If I sign up for recurring donations, is it possible that I’d be charged more at some point than I initially pledged?

No. The payment service cannot debit more from your account than you approve. Meduza itself gains no access to your bank account. You are the only one who controls the size of any payment.

You can also cancel recurring payments at any time. To do so, just email support@meduza.io and tell us to stop charging you.

What if I want to change the size of a recurring donation or my billing date?

Write to the same email address: support@meduza.io. This also applies if you need to update your billing information for any reason.

Is Meduza doing anything else, besides crowdfunding, to adapt to its “foreign agent” status in Russia?

Yes. We’ve axed spending wherever possible, implementing cutbacks that will likely force some members of our team to leave. Meduza no longer has physical offices in Riga or Moscow, and we have minimized our work with freelancers. Most importantly, we’ve slashed salaries across the board (by as much as half in some cases). These rollbacks hurt and we understand our colleagues who decide to go. The safety and security of our employees remain Meduza’s highest priority.

Absolutely not. With much-appreciated assistance from the attorneys at the “Pravozashchita Otkrytki” human rights group, we’ve already drawn up the paperwork needed to challenge the Justice Ministry’s designation. We recognize that any legal battle has a snowball’s chance in hell of overturning the government’s decision, but we’ll give it our best shot.

Do you really need donations?

Yes, we do. The “foreign agents” law is extremely dangerous. What’s happened to Meduza could happen to literally anyone in Russia. We hope our readers will show solidarity with us and demonstrate that our “foreign agency” is just a pitiful attempt by the Russian authorities to stigmatize Meduza in the eyes of the public and run us out of business.

We also believe that meaningful changes in Russia are impossible without independent professional journalism. If you share this belief, please help sustain our work.

Did something go wrong with your donation? Do you have more questions?

Please email us at support@meduza.io.