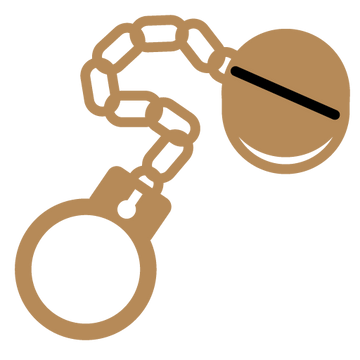 Siberian shaman Alexander Gabyshev was sent for compulsory medical treatment. Could this happen to other opposition figures in Russia?

In late July, a Russian court found Yakut shaman Alexander Gabyshev guilty of violence against a Russian National Guard Officer and incitement to extremism. The court sent him for compulsory medical treatment. Earlier, in May 2020, a court ruled in favor of Gabyshev’s involuntary hospitalization and he was held in a psychiatric clinic for two months. The shaman was involuntarily committed once again in January 2021.

The news of Gabyshev being sent for compulsory treatment is especially alarming against the backdrop of the ongoing crackdown on independent politicians, journalists, and activists in Russia. Indeed, in Soviet times, the authorities used forced hospitalization in psychiatric institutions as a means of dealing with dissidents, giving rise to the term “punitive psychiatry.”

Is this a return to ‘punitive psychiatry’?

We still don’t have the full picture. But there is, for example, evidence of activists who clearly don’t have dangerous mental illnesses being sent for “compulsory treatment.” There are also cases of illegal hospitalization, including for political reasons. At the same time, it’s difficult to say how widespread these practices are.

What’s the difference between ‘involuntary hospitalization’ and ‘compulsory medical treatment’?

In a nutshell, compulsory medical treatment can only be imposed on people who have been convicted of a crime (as was the case with Gabyshev).

Involuntary hospitalization doesn’t require the commission of a crime: it’s enough for a person to have a severe mental illness that presents a danger to self or others. Or for a person to refuse treatment for an infectious disease from this designated list.

In practice, there may not be a great difference between the two for the person in question: in both cases, medical treatment takes place against their will.

What crimes can lead to compulsory medical treatment?

Any crime can lead to compulsory medical treatment if it meets certain conditions. First and foremost, the court must order a psychiatric evaluation.

A person can then be sent for compulsory medical treatment if they are found to have a mental illness that rendered them insane at the time of the criminal act.

There are also cases where the person was healthy at the time of the crime, but developed a mental illness later that makes it impossible for them to serve out their punishment. For example, if a convicted person becomes aggressive (or becomes aggressive at times), they may need to be hospitalized rather than sent to prison.

An adult convicted of sexual abuse against a person under the age of 14 can also be sent for compulsory treatment, if they are diagnosed with a “sexual preference disorder” (i.e., pedophilia).

Compulsory medical treatment is prescribed in cases where mental disorders “are associated with the possibility” of the person in question causing “other significant harm” or “danger to self or others.”

Does that mean compulsory treatment is a substitute for imprisonment?

Not always. If, on the basis of a psychiatric evaluation, the court declares a person insane (due to a dangerous disorder), they can be sent for compulsory treatment in combination with imprisonment (or another punishment). In this case, the person will be required to attend regular consultations with a psychiatrist and take medication while in the place of incarceration. Or — if they’re sentenced to some other form of punishment — they will have to visit a doctor and take medication while remaining at liberty.

The day of hospitalization is counted as the day of imprisonment — accordingly, after they are discharged, the person can either be released immediately or sent to a prison colony or jail to serve out the remainder of their sentence.

Alternatively, the court can declare the person insane and send them for compulsory treatment without applying any other punitive measures. This is exactly what happened to Alexander Gabyshev.

Could a person fake a mental illness to avoid ending up in prison?

This could happen but people who don’t understand psychiatry are usually rather inept at simulating mental disorders. For example, they’ll demonstrate a mix of inconsistent symptoms, without showing any signs of important ones. As such, a psychiatrist can usually distinguish between a person who’s actually suffering from a mental illness and someone who’s faking it.

So could the authorities start forcibly ‘treating’ oppositionists? Like protesters detained at unauthorized rallies, for example?

It’s hard to say. According to the law, this is unlikely.

First of all, only people who have committed a criminal offense can be sent for compulsory medical treatment — not those found guilty of misdemeanors, as is the case with most people detained at demonstrations.

But even in the event of a criminal conviction, the court has to obtain a corresponding medical opinion from psychiatrists. And the doctors have to take into account all of the specified indicators for involuntary treatment, which include, primarily, a risk that the person could harm themself or others.

If the person doesn’t fall under the criteria established for compulsory treatment or involuntary hospitalization, then they must give informed voluntary consent for any medical intervention. Otherwise, medical specialists have no right to treat them.

What cases lead to involuntary hospitalization (as opposed to compulsory treatment)?

A person can be hospitalized involuntarily if doctors are of the opinion that they have a serious mental illness that requires in-patient care. This doesn’t require the commission of a crime or delinquency. At the same time, the person has to be a danger to self or others — or be unable to meet their basic needs. A person can also be forcibly hospitalized if denying them medical assistance would seriously harm their health due to the deterioration of their mental state.

Involuntary hospitalization can be applied not only to people with serious mental disorders, but also to people with infectious diseases that are included on a list of illnesses that present a danger to others. However, the law only describes in detail how a person refusing treatment for an “infectious form” tuberculosis can be hospitalized by court order.

Is the decision on involuntary hospitalization always made by a court?

Yes, based on opinions from doctors. That said, when it comes to mental illnesses, a psychiatrist can first section a person in a medical institution for 48 hours on any of the grounds listed above. Usually, this is done with the help of paramedics — and often at the request of the sick person’s loved ones. The medical institution then has two days to submit an application to the courts to obtain permission for longer-term treatment.

The court must consider the case within five days, during which time the person remains in the medical facility. The patient may be present during the hearing and must have a legal representative no matter the circumstances.

Can you challenge court-mandated hospitalization?

Yes. A patient can challenge the doctors’ opinion in court and demand a psychiatric evaluation conducted by physicians from another institution.

Are those undergoing compulsory treatment or involuntary hospitalization treated worse than other patients?

It’s difficult to say. When it comes to compulsory treatment, a person can be placed in a specialized medical institution that’s only for court-mandated care or in a special ward at a regular hospital. Involuntary hospitalization is only in regular hospitals.

Regardless, the treatment ought to be the same as in other cases: in theory, these measures are needed to help the person in question (and, in some cases, to protect others too).

The law also states that during involuntary or forced hospitalization, mental disorders cannot be treated by methods, surgical or otherwise, that cause irreversible changes. Performing certain clinic studies (for example, drug trials) involving these patients is also prohibited.

How long does this treatment take?

There’s no clear timeline. Essentially, the compulsory treatment or involuntary hospitalization continues until the person has recovered to such an extent that their mental illness no longer presents a danger to self or others.

In cases involving involuntary commitment, this is decided by a panel of psychiatrists or a court. (To extend someone’s hospitalization, the medical institution or a prosecutor must appeal to the courts after six months, and on a yearly basis after that).

When it comes to compulsory treatment, the court always has the last word, but the doctors have to conduct an examination at least every six months to assess whether or not the situation has changed and whether or not it should be taken to court.

That said, the patient themself, their legal representatives, or their close relatives can petition for an extraordinary examination by a psychiatric review board. They also have the right to demand the inclusion of an expert who doesn’t work at the institution where the patient is being treated.

Here’s what we know about the Siberian shaman who set out to battle Putin’s evil spirit, and how police finally got to him

Here’s what we know about the Siberian shaman who set out to battle Putin’s evil spirit, and how police finally got to him