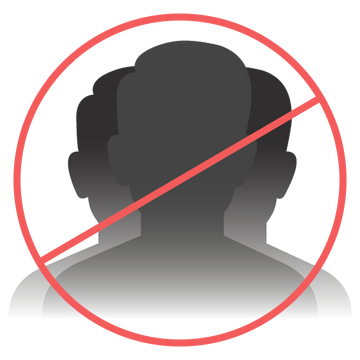 Russian lawmakers want to strengthen legislation against ‘undesirable organizations.’ Here’s why the Supreme Court is pushing back.

On May 4, a group of Russian State Duma lawmakers from the commission on investigating foreign interference submitted two bills to parliament.

The first prohibits Russian citizens and legal entities from participating in the work of “undesirable organizations” around the world (as opposed to only in Russia, as was the case before). It also allows for designating organizations as “undesirable” if they have helped transfer money to groups that are already on this blacklist.

The second bill strengthens criminal penalties for involvement in the work of any organization considered “undesirable” in Russia. And even the Russian Supreme Court objected to these more stringent sanctions.

This is any foreign or international non-governmental organization (NGO, which includes non-profit and commercial organizations), which, according to the Russian authorities, poses a threat to the country. More precisely, as stated in the legislation adopted in 2015, an “undesirable organization” is one that threatens Russia’s basic constitutional order, defense capability, or state security.

The decision is left up to the Russian Attorney General’s Office in consultation with the Interior Ministry. Labeling an organization as “undesirable” doesn’t require a court ruling, and the legislation doesn’t contain any clear criteria for this designation either. When the Attorney General’s Office makes its decision, the group in question is added to the list of “undesirable organizations” on the Justice Ministry’s website. This list currently includes 22 organizations, the majority of which are American (for example, the Soros Foundation). It also includes the nonprofit organization Open Russia (Otkrytaya Rossiya), which is associated with exiled former oil executive Mikhail Khodorkovsky.

“Undesirable” organizations are prohibited from opening branches in Russia, distributing any materials, and organizing programs. Russian banks have to freeze their accounts and, for Russian citizens and legal entities, any cooperation with these organizations is against the law.

How dangerous is it to cooperate with an “undesirable organization”?

Currently, working for or cooperating with an “undesirable organization” can lead to misdemeanor or even criminal charges. Usually, Russian citizens face administrative fines of up to 15,000 rubles (about $200) for their first offense (the fines for government officials are up to 50,000 rubles, about $675, and for organizations it’s 100,000 rubles, $1,355). Those who receive two of these fines in a one-year period can face criminal prosecution. Under the Russian Criminal Code, this is punishable by fines up to 500,000 rubles ($6,775), mandatory labor for up to five years, or between two and six years in prison.

What do the lawmakers want to change?

If the proposed amendments are adopted, individuals involved in the work of an “undesirable organization” will face criminal liability after their first misdemeanor conviction — rather than after the second offense, as is the case now. This will be punishable by between one and four years in prison, sentences that are somewhat milder than the two to six years provided for currently.

That said, the leaders of “undesirable” organizations will face criminal prosecution immediately, bypassing misdemeanor charges altogether. And they will still face up to six years behind bars.

Moreover, if both bills are adopted, Russian citizens who cooperate with “undesirable” organizations from outside the country may also face penalties. The existing legislation doesn’t affect them.

Finally, the Attorney General’s Office will be able to extend the “undesirable organization” label to any company anywhere in the world that carries out financial or other asset dealings on behalf of already recognized “undesirable” organizations (this would include, for example, banks). Consequently, cooperation with these organizations would also be considered an offense.

What do they mean by “involvement in the work”?

This is unclear. It’s also the only complaint about the bill from the Russian cabinet. In it’s response, the government invited the lawmakers to clarify what exactly should be considered “involvement” and assisting in the work of an “undesirable organization.”

And what does the Russian Supreme Court object to?

The lack of “reasoned justification” — in other words, why is it necessary to strengthen the punishment for involvement in an “undesirable organization”? In its response to the bill, the Russian Supreme Court underscored that the lawmakers are supposed to confirm the need to rewrite the existing legislation, with the help of statistical data and research on its enforcement. “However, the explanatory note to the draft law does not meet the specified requirements and does not contain such a justification,” the Supreme Court noted.

The court’s Deputy Chief Justice, Sergey Rudakov, who signed the response, noted separately that up until 2019, there wasn’t a single person convicted of cooperation with an “undesirable organization” (the corresponding law has been in place since 2015).

That’s to say, in practice, no one has been punished for cooperating with “undesirable” organizations?

In fact, people have been punished. In particular, since 2019, the authorities have been actively targeting individuals involved in the Open Russia (Otkrytaya Rossiya) movement with misdemeanor cases. A UK-registered entity with the same name was formally added to the Russian Justice Ministry’s list of “undesirable” organizations in 2017 — the persecution of activists from the Russia-based Open Russia movement began after that. The organization announced its dissolution in 2019. Its activists established another entity under the same name, but the Justice Ministry hasn’t registered it and Open Russia’s activists continue to face active persecution.

In addition, several people became suspects in criminal cases, some of which reached the courts and ended with convictions. For example, in February 2020, former Open Russian coordinator Maxim Vernikov was sentenced to 300 hours of mandatory work. A year later, activist Anastasia Shevchenko (also affiliated with Open Russia) was sentenced to four years probation.

Will these bills be adopted?

We don’t know. The Russian Supreme Court didn’t like the draft law on strengthening penalties, but the government gave it a generally positive review. There are no reviews of the second bill as of yet. However, the lawmakers who authored both bills have initiated many high-profile pieces of legislation in recent times, such as the expanded “foreign agent” laws and the law on “educational activity.”