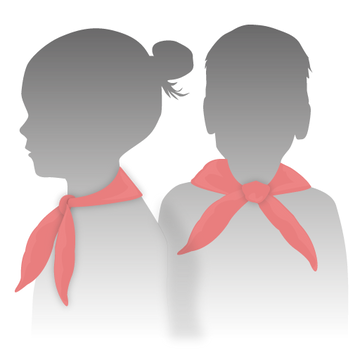 On June 7, the Russian State Duma adopted the first reading of a bill on establishing a new, nationwide children’s and youth movement called The Great Change (Bolshaya Peremena, in Russian).

The movement has already been dubbed the “new Pioneers.” In fact, the draft law was submitted to parliament on May 19, the 100th anniversary of the founding of the Soviet Union’s Young Pioneers organization. What’s more, The Great Change will be under the personal control of none other than Vladimir Putin himself.

What’s Putin got to do with it?

Putin will formally head the youth movement’s supervisory council, but in practice he will have full control over the organization.

As stated in the bill, the movement's highest governing body will be the congress. However, it will only operate during convocations, which will take place “at least once every two years.”

In fact, Putin will directly control all three of the organization’s permanent governing bodies: the supervisory council, coordinating council, and the board.

What’s more, the congress, although formally the supreme governing body, is only able to approve and amend the movement’s charter and other basic documents. The bodies under Putin’s control will handle all of the day-to-day issues — and set the congress’s agenda.

How exactly will Putin control these bodies?

Could the congress amend the charter to diminish Putin’s control? (Theoretically speaking.)

As it happens, this isn’t even possible theoretically. The movement’s “legal status, activity goals, management procedure, and reorganization and liquidation procedure” are determined not only by the charter, but also by federal law.

If the current bill is adopted in its final reading, then any radical changes to the movement’s structure would require introducing amendments through parliament and the head of state.

The 2020 amendments to Russia’s constitution made it more difficult to override a presidential veto. This now requires not only a two-thirds majority in the parliament, but also the support of the Constitutional Court, if the president asks the judges to check the law’s compliance with the constitution.

Will all Russian children have to join Putin’s youth movement?

No. Formally speaking, joining the movement will be voluntary.

Children will be allowed to join The Great Change from the age of six — and they will be able to remain members of the movement until they finish school, college, or technical school.

The movement will have regional branches in all of Russia’s regions. Theoretically, each municipality could set up a local branch, and each school a primary branch.

In other words, the organization could theoretically include up to 20,000 members. Russia currently has 16.9 million school-age children and 3.3 million students enrolled in secondary vocational schools.

How the organization will be funded is not spelled out in the draft law.

Will it really resemble the Soviet Union’s Young Pioneers organization?

It’s not yet clear to what extent this new movement will resemble the Young Pioneers. Membership will be voluntary (however, this was also the case with the Soviet Young Pioneers, at least on paper). The movement will also have its own symbol, but this hasn’t been unveiled as yet.

The draft law explicitly prohibits political parties, religious groups, and trade unions from becoming collective participants in the movement. However it allows the following groups to join:

Why did Russian authorities need a new children’s movement?

It’s difficult to say for sure. An explanatory note to the draft bill refers to a new article of the Constitution (introduced in 2020), according to which the state undertakes to create conditions for “the comprehensive spiritual, moral, intellectual, and physical development of children,” as well as to educate them on “patriotism, civics, and respect for their elders.”

A Meduza source close to the State Duma’s leadership claimed that the idea for the movement grew out of “the electorate’s demand for an [extra-curricular] system in schools.” “Sociologists have recorded this demand for the past 15 years. The educational function was passed to schools, but people aren’t satisfied with their work,” the source said. He also said that the new youth movement would help counteract the “pernicious influence of the Internet” and teach children how to be part of a “team.” A Great Change member, the source explained, “will have someone to share his worries with. He will be busy with hikes, field trips, and work in the school museum. But when the parents are at work, and the child is on their phone, he’s more vulnerable.”

A source close to the Putin administration added that the movement’s members will be protected from “foreign influences” and “brought up as patriots.” The bill under consideration in parliament explicitly prohibits the organization from cooperating with so-called “undesirable” organizations and “foreign agents.” Even individuals affiliated with “foreign agents” are barred from joining the movement as “mentors” (leaders or volunteers).

FOR MORE ON ‘FOREIGN AGENTS’

Will this draft law be adopted?

Almost definitely. A Meduza source in the State Duma leadership said that the bill will be adopted “for sure.” It’s set to be pushed through before the end of the current parliamentary session, so that it’s in place “before for the start of the new academic year.” According to this source, Vladimir Putin is personally keeping tabs on this initiative.

Explainer by Denis Dmitriev with additional reporting by Andrey Pertsev