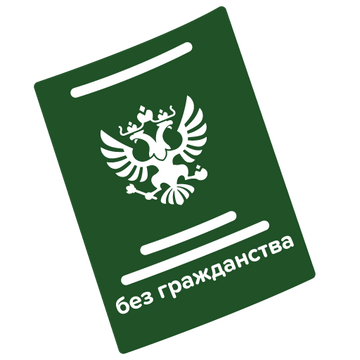 Russia has started issuing ‘non-citizen passports.’ What does that mean?

On January 11, Eva Merkacheva, who sits on the Presidential Council for Human Rights, told RIA Novosti that Russia had granted its first ever “non-citizen passport” to Yakubdzhan Khakimdzhanov, a stateless person originally from Dushanbe, Tajikistan. The 53-year-old immigrated to Astrakhan at the age of five, but never received Russian citizenship.

What is a “non-citizen”? Is this a legal term in Russia?

Russia doesn’t have a separate legal category of “non-citizens,” such as in Latvia and Estonia, for example. The people receiving “non-citizen passports” in Russia are, in fact, stateless persons. In Russian law, this refers to a category of people who are not citizens of Russia, but who also don’t have proof that they have the citizenship of a foreign state. According to the Interior Ministry, there are an estimated 4,500 stateless persons living in Russia today. As of August 2021, each of these people are eligible for a green “Temporary identity card of a stateless person in the Russian Federation.”

How does a person end up stateless?

These temporary identity documents allow stateless people to live and work in Russia legally for a period of ten years (with the possibility of extension). Unlike foreign nationals, they don’t need to apply for a work permit or a labor patent to be employed officially.

Why does Russia make these exceptions for stateless persons?

Because they are viewed as one of the most vulnerable groups. Their legal status is considered an anomaly — one that UN member states agreed to combat in the 1961 Convention on the Reduction of Statelessness. Russia’s citizenship law explicitly states:

Russia also has a special citizenship process for certain categories of stateless persons. In particular, it applies to citizens of the former USSR living in Russia, as well as their children; citizens of the former USSR living in other former Soviet republics; and those who were erroneously issued Russian passports before January 1, 2010. Other stateless persons must go through the same Russian citizenship process as foreign nationals.