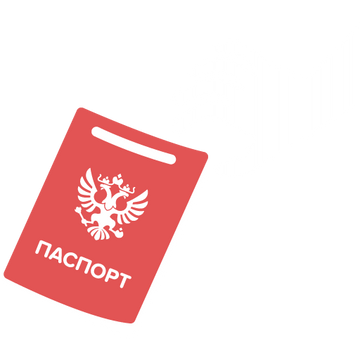 President Vladimir Putin has submitted a new draft law “On citizenship of the Russian Federation” to the State Duma. If adopted, it will replace the existing law of the same name. Among other things, the bill expands both eligibility for an expedited citizenship procedure and the grounds for revoking Russian citizenship.

Can a person’s Russian citizenship really be revoked?

In fact, yes. This has been the case since 2017. Article six of the Russian Constitution directly prohibits depriving Russian nationals of citizenship, therefore, to circumvent this limitation, a procedure was invented for revoking decisions to grant citizenship. However, those who are citizens of the Russian Federation (or the Russian SFSR) by birth cannot be deprived of their citizenship.

What are the proposed changes?

The commission of crime would be considered an independent basis for revoking someone’s Russian citizenship — without reference to the provision of information known to be false.

In addition, the list of crimes due to which a decision granting citizenship may be revoked is set to expand. However, this rule still won’t apply to those who are Russian citizens by birth.

The following articles of the Russian Criminal Code would be added to the existing list:

Will a person’s Russian citizenship be revoked automatically if they commit a crime? Is a conviction all it will take?

No. The court of first instance will send a copy of the final judgment to the Russian Interior Ministry. But the decision on revoking citizenship will be left up to the government body that granted Russian citizenship to the individual in the first place. If citizenship was granted by the Interior Ministry or the Foreign Affairs Ministry, then the Russian president will have to sanction their decision. It’s not clear how this process will work.

Will the existing grounds for revoking citizenship remain in place?

Yes. A person could still lose their citizenship on the grounds that they submitted forged documents or provided information known to be false during the citizenship process. But only if it’s been less than 10 years since they were granted citizenship. This statute of limitations does not, however, apply to those convicted of crimes. In this case, the offender can be deprived of Russian citizenship regardless of how long they’ve been a naturalized citizen.

Yes. The explanatory note to the presidential draft law says that more than 7.3 million people have been granted Russian citizenship since 2002. In September 2021, the head of the Russian Interior Ministry’s Directorate for Migration Affairs, Police Lieutenant General Valentina Kazakova, explained that currently “around 50 percent” of those seeking Russian citizenship are inhabitants of the self-proclaimed Donetsk and Luhansk “people’s republics” in eastern Ukraine.

Inhabitants of Ukraine’s Donbas region have been able to acquire Russian citizenship through an expedited procedure since 2019, thanks to a corresponding decree signed by Putin. According to the Russian Interior Ministry’s statistics, immigrants from Ukraine made up 83,000 or the 269,000 people who received Russian citizenship in 2018; in 2019, this number jumped to 299,000 out of a total of 497,000 people. And in 2020, it increased to 409,000 out of 656,000 people.

Thanks to Putin, Donbas residents now have an expedited path toward Russian citizenship. What could go wrong?

Thanks to Putin, Donbas residents now have an expedited path toward Russian citizenship. What could go wrong?

How does the expedited citizenship process work?

It reduces the requirements for some foreign nationals seeking Russian citizenship. Among other things, they don’t have to obtain a residence permit and then reside permanently in Russia for five years. This simplified procedure applies to specific categories of people laid out in the draft law.

That said, the Russian president would be able to expand this list. The draft law gives him the right to establish an expedited citizenship process for separate categories of people not only for humanitarian purposes (as was the case with the inhabitants of Ukraine’s Donbas) but also for “other purposes.”

Does this mean residents of Crimea could be deprived of Russian citizenship?

We don’t know for sure, but most likely not. After Russia annexed Crimea from Ukraine in 2014, the peninsula’s inhabitants were automatically given Russian citizenship in accordance with an agreement between the Russian Federation and the self-proclaimed Republic of Crimea — they didn’t have to go through the citizenship process or take an oath of citizenship. And since inhabitants of Crimea didn’t acquire citizenship individually, they also can’t be deprived of it due to the commission of a crime.

Will the process for obtaining Russian citizenship change too?

Yes. Since the law on citizenship has been completely rewritten, there will be certain changes for many categories of foreign nationals. For example, in order to obtain Russian citizenship applicants will have to not only speak Russian, but also have knowledge of Russia’s history and fundamental laws.

People with category I disabilities, people over the age of 70, and foreign nationals acquiring citizenship through the expedited procedure will not have to confirm their knowledge of Russian language, history, and law.

Will this law be adopted?

In all likelihood, yes. As a rule, the Russian State Duma doesn’t reject presidential bills. If parliament adopts the document and the president signs it into law, it will enter force within 180 days of its official publication.

In theory, however, State Duma lawmakers could introduce amendments to the law that would be unacceptable to the head of state, in which case Putin might veto it. For example, lawmaker Alexander Khinshtein has already suggested expanding the procedure for revoking citizenship to Russians who are citizens by birthright. State Duma lawmakers tried to push through a similar proposal several years ago, but it was axed at the last minute.

‘We all support Putin, tell your friends’ Meduza’s dispatch from Russia’s Rostov region, where residents of Ukraine’s separatist territories cast ballots in the State Duma elections

‘We all support Putin, tell your friends’ Meduza’s dispatch from Russia’s Rostov region, where residents of Ukraine’s separatist territories cast ballots in the State Duma elections