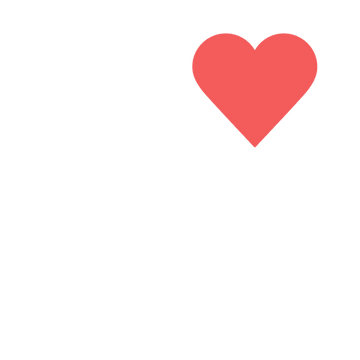 Reports are surfacing that Navalny was poisoned with hallucinogenic drugs. Is that even likely?

On August 20, 2020, opposition politician and anti-corruption activist Alexey Navalny was hospitalized in Omsk; he fell into a non-induced coma and was connected to a ventilator. According to Interfax and the Telegram channel Life Shot, doctors diagnosed Navalny with “acute poisoning from an unidentified psychodysleptic” — in other words, they’re claiming that he was poisoned by a hallucinogenic drug.

Other media reported that the drug was actually sodium oxybate: a prescription medication that contains the active ingredient GHB (a naturally occurring psychoactive drug). Sodium oxybate is sold under the brand name Xyrem (among others), while GHB is commonly referred to as the “date rape drug.”

Psychodysleptic drugs are also called hallucinogens: they alter your sensory perception (by causing all kinds of hallucinations, for example), as well as your mood, and way of thinking. Street drugs that fall into this category include mescaline, LSD, psilocybin mushrooms, phencyclidine (a.k.a PCP or “angel dust”), and ketamine.

So is sodium oxybate a hallucinogen? And can you use hallucinogenic drugs to poison someone?

Sodium oxybate isn’t really a hallucinogen: hallucinations can occur from taking it, but that’s not what it’s used for. First and foremost, sodium oxybate is taken recreationally for its “euphoric” effect.

It is, of course, possible to use it to poison someone. A subdued state and varying levels of consciousness are sometimes signs of a sodium oxybate overdose. It can also make you overly excited and aggressive, or potentially cause breathing problems and even comas. However, it also lowers your body temperature: a sodium oxybate overdose doesn’t involve the kind of excessive sweating that was seen in Navalny’s case (as reported by his press secretary Kira Yarmysh).

What are the symptoms of hallucinogenic poisoning?

Typically, hallucinogenic poisoning will cause pupil dilation, a spike in body temperature and blood pressure, as well as increased breathing and heart rates, rapid and involuntary eye movements (either side to side or up and down), over excitement, and sometimes even hallucinations.

Other symptoms can occur depending on the type of drug being used. For example, high doses of PCP can cause comas, especially when mixed with alcohol.

However, respiratory failure or other conditions that would require putting someone on a ventilator — as was the case with Navalny at the hospital in Omsk — are not typically associated with hallucinogenic poisoning.

Was Navalny poisoned with something else?

We can’t say for sure, but it looks like it. Cases of hallucinogenic poisoning rarely require artificial respiration. For example, a sufficiently severe case of serotonin syndrome (a life-threatening condition arising from the presence of too much serotonin in the body) can trigger acute respiratory distress syndrome (ARDS). In addition to the symptoms of hallucinogenic poisoning, serotonin syndrome can cause muscle spasms and kidney failure.

So where did the poison come from?

We don’t know. Unfortunately, it’s impossible to draw any conclusions from the small amounts of information that have leaked to the public.

In this case, the only options are treating the symptoms and giving supportive therapy — there’s no antidote. Although there isn’t exact data on the percentage of deaths from hallucinogenic poisoning, apparently it’s very small.

A non-induced coma can last for several days. If the person is hooked up to a ventilator doctors can “put them under” with the help of medications — this is sometimes used as a means of prolonging a natural coma.