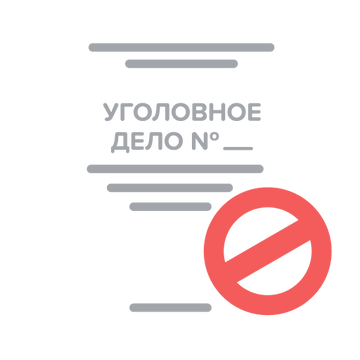 Months after Meduza's Ivan Golunov was framed for drug use, the case against the police who framed him has been made confidential. Is that even legal?

Following the release of Meduza correspondent Ivan Golunov, who was arrested in June on fabricated drug charges, law enforcement officials began to investigate potential wrongdoing on the part of the officers involved in Golunov’s arrest. Now, investigators have announced that the case materials being used in those proceedings have been made completely confidential. The change in the case’s status came to light when Golunov’s attorney, Sergey Badamshin, submitted a complaint in court about what he saw as unreasonable delays in the investigation.

Note: Ivan Golunov’s status as a Meduza special correspondent creates a potential conflict of interest of which our readers should be aware. However, Golunov was not involved in the creation of this article.

How did investigators explain this decision?

They didn’t. Badamshin told MBK Media that “the entire criminal case, from cover to cover, has been made confidential without explanation.” The attorney confirmed to Meduza that the investigator opposing him during a court hearing on the matter did not cite any part of Russia’s Codex of Criminal Procedure.

Is it legal in Russia for entire cases to be made confidential?

No. Criminal cases themselves cannot be made confidential, but the documents that make up the case can. Yevgeny Smirnov, an attorney for the human rights group Team 29, told Meduza that “when a set of case materials contains evidence that includes state secrets, those materials are marked confidential. However, that does not mean all of the documents in the case at hand are marked confidential: The state secret status only extends to the individual documents that contain the secret.” For example, if a case only contains a single reference to a state secret, then the volume of the case in which that information is contained is marked accordingly.

The kinds of information that can be made confidential are limited as well. Confidential, state-secret status cannot be awarded to information concerning any of the following:

What are the options now? Can the investigator be punished?

Yes, in theory. The same Russian statute that lists the exceptions to state secret classifications indicates that “government officials who choose to make information in the above categories confidential […] will be subject to criminal, administrative, or disciplinary penalties.” However, Smirnov noted to Meduza, neither Russia’s Criminal Codex nor its Codex of Administrative Violations names specific penalties for those actions.

No. An investigator can institute a non-disclosure agreement in any criminal case. In other words, a case need not be confidential or contain any state secrets for an investigator to limit the ability of those involved to talk about it.

But trials are supposed to be open. How does that work if case materials are confidential?

Trials can also be made confidential in Russia. By default, all proceedings in Russian courts are supposed to be open to the public, meaning that any person can attend any hearing at any court. However, there are certain cases in which legal proceedings are closed to the public:

There have been a number of recent instances in which witnesses for high-profile cases were deemed to have received threats or to possess secret information that they might reveal in their testimony.

If a case is made confidential, do attorneys have to get permission to read the materials?

Yes. Defense attorneys have to sign a non-disclosure agreement saying they will not reveal state secrets before investigators allow them to access their clients’ case materials. However, confidentiality also makes those materials more difficult to work with. “For an attorney, confidential materials are always a headache,” Evgeny Smirnov explained. “They don’t let you make copies of the documents or write out quotes for yourself. The procedure for familiarizing yourself with the case materials becomes significantly more complex and bureaucratic, and all hearings are closed to the public, which eliminates the public attention that is one of the only available means of defense in our country,”

How can the confidentiality of a case be appealed?

In court. According to Smirnov of Team 29, questions related to state secrets are considered in Russia’s regional-level courts, a classification that includes the Moscow City Court. Attorneys can also complain to the investigator’s supervisor. Sergey Badamshin, Golunov’s attorney, declined to comment on his ability or possible intention to appeal the reclassification of his client’s case materials.

Tune in and help Meduza!