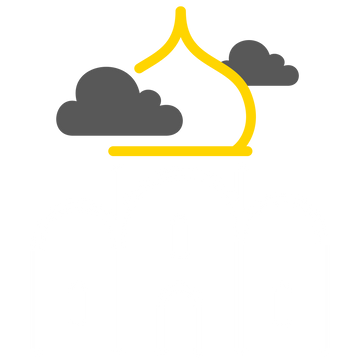 In Russia today, ‘offending religious sentiment’ could land you in prison

For the first time in Russia, two young people were sentenced to time in prison for “offending religious sentiment.” Blogger Ruslan Bobiev and his girlfriend, model Anastasia Chistova, were convicted over a photo in which they pantomimed oral sex against the backdrop of St. Basil’s Cathedral on Moscow’s Red Square. For this, a Moscow court handed them 10 months in prison.

Later, St. Petersburg resident Irina Volkova was detained on the same charges after posing for a photo with her skirt hiked up against the backdrop of St. Isaac’s Cathedral. A court released her without imposing any pre-trial restraints, but the criminal case against her is ongoing.

So no one has ever been imprisoned for this felony offense before?

No. According to a Mediazona report, as of the end of 2020, there have been just 32 convictions for “insulting the feelings of religious believers” issued under Russian Criminal Code Article 148 (“Violation of the right to freedom of conscience and religion”) — and none of these involved prison sentences. Instead, Russian courts handed down community service, fines, or suspended sentences, or, in some cases, ordered compulsory medical treatment. This conviction carries a maximum punishment of up to one year in prison.

Article 148. Violation of the right to freedom of conscience and religion

When were these 32 past convictions handed down?

Over the course of 6.5 years, from 2013 to 2020. Insulting the feelings of religious believers was criminalized in 2013 because of the Pussy Riot trial. Previously, it was an administrative offense.

Why might one face felony charges for ‘offending religious sentiments’?

A wide variety of deeds have been met with these charges: from posts on social media to animal sacrifices.

To name a high-profile example, in 2016, Russian blogger Ruslan Sokolovsky was arrested after posting a vlog of himself playing Pokémon Go in Yekaterinburg’s Church of All Saints. A local court handed him a 3.5-year suspended sentence for insulting religious sentiments, inciting hatred, and illegally bringing in equipment for covert filming. Sokolovsky’s sentence was overturned in 2019 and his conviction expunged.

In other cases, judges have deemed it offensive to take selfies with inverted icons and to light cigarettes using church candles.

Were there cases involving insults to adherents of other religions?

Yes. According to a 2019 report from the human rights group Agora, there has been one ruling on offending Buddhist sentiment, two concerning Islam, and 17 regarding “Christianity.”

In the Buddhism case, which dates back to 2016, a wrestler from Dagestan was handed a suspended sentence for urinating in a temple and kicking a statue of Buddha in Russia’s largely Buddhist region of Kalmykia.

Does every complaint trigger a criminal case?

No, not always. In early 2020, for example, stand-up comedian Alexander Dolgopolov fled Russia to escape a police probe after he made a religious joke that allegedly offended believers. He returned two months later, and, in the end, the police opted not to open a criminal case against him.

read more about this case

But if a criminal case is opened, will it definitely lead to a conviction?

Not necessarily. There have been cases that were terminated and there is one known case of an acquittal.

For example, in 2017, a judge terminated the criminal case opened against Stavropol blogger Viktor Krasnov over a post in a group on the social network VKontakte. That said, the case was closed because the statute of limitations for criminal prosecution had expired.

In 2016, a military court ruled that a contract soldier who made an unsuccessful attempt to destroy another serviceman’s pectoral cross didn’t know for sure that his colleague was a believer. Therefore, the court decided to acquit the soldier due to a lack of evidence of a crime.