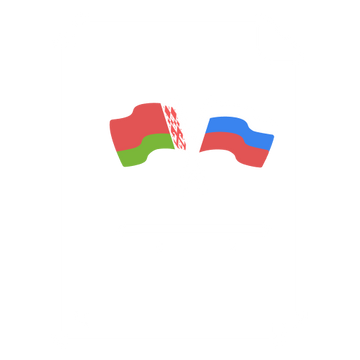 Here’s how Russia could invade Belarus, and also why it probably won’t

In the past two days, on August 14 and 15, Alexander Lukashenko has spoken twice to Vladimir Putin about the unrest in Belarus. Lukashenko said Saturday’s conversation was “lengthy and exhaustive,” adding that he was “somewhat surprised” that Putin seemed to be “completely aware of what is happening.” The Putin administration hasn’t commented in any detail about the phone calls, but the Kremlin’s official website has published readouts indicating Russia’s readiness to “provide the necessary assistance in resolving problems [in Belarus] on the basis of the Union State Treaty and, if necessary, through the Collective Security Treaty Organization.”

According to this agreement, Russia and Belarus share common state agencies and even a common head of the Supreme State Council, which is supposed to change on a rotational basis, though Lukashenko himself has held the position in practice for the past 20 years. In reality, this title gives him no actual power, and all bilateral issues, like everything generally in the Union State’s framework, are resolved in meetings between the two countries’ leaders.

Ironically, given the Union State’s sudden relevance, Moscow recently made a concerted effort to transform the agreement into a path to genuine integration between Russia and Belarus (a popular theory maintained that this is one way Putin hoped to hold onto power after his current presidential term ends in 2024), but the initiative faltered because of Lukashenko’s opposition.

So a Union State does exist, but it’s mostly on paper, and many of the agreement’s provisions have been “dormant” since the treaty was concluded in 1999 (for example, the Union State is supposed to have a single currency, but that never happened).

So who cares about this agreement? Why is the Kremlin citing it now?

Because it’s still in force. It’s also true that the treaty’s provisions are spectacularly vague and we don’t yet know which parts Russia plans to honor. If the Putin administration does decide to intervene or come to Lukashenko’s aid, it could act on Article 2 of the treaty, which says one of the Union State’s goals is to ensure national security and fight crime. Russia could also cite the fact that the Union State was built on “interactions in the field of democratic transformations.” Given that the Kremlin has recognized Lukashenko’s re-election, it could intervene on the grounds that it is protecting the rights of Belarusian voters.

An external threat would be another justification for intervening in Belarus. The Union State’s objectives include a common defense policy and the obligation to ensure the “integrity and inviolability of the Union State’s territory.” In other words, if Belarus declares that it’s been attacked, Russia could intervene.

In a speech to his supporters on August 16, Lukashenko warned of a “build-up of military power” on Belarus’s borders, mentioning Lithuania, Latvia, Poland, and Ukraine. Lithuania was the first country on this list to deny any designs on Belarusian territory. Meanwhile, the Belarusian Army is planning training exercises near the Lithuanian border tomorrow, August 17, meaning that a “military build-up” is indeed underway, just not as Lukashenko described it.

What about the CSTO? Why the “only if necessary” qualifier?

The Commonwealth of Independent States Collective Security Treaty (CST) was signed in May 1992. This agreement also gives members the right to provide each other with “all necessary assistance, including military assistance,” but only at the country’s request and only in the event of external aggression. Most likely, this is why the Kremlin specifies that any CSTO assistance will be rendered only “if necessary.”

The Collective Security Treaty Organization was founded on the basis of the CST. This security pact includes not just Russia and Belarus but also Armenia, Kazakhstan, Kyrgyzstan, and Tajikistan, and any military intervention by Moscow in Belarus on CSTO grounds would require, at a minimum, tense consultations with these other nations.

So is Russia going to invade Belarus or what??

We don’t know, but neither of these agreements will be decisive in determining Russian decisionmaking. More likely, officials in Moscow and Minsk will merely cite these treaties to underscore the special relationship between Russia and Belarus. When Russia sent troops to Syria, after all, it took just Bashar al-Assad’s request and the Federation Council’s consent to deploy soldiers abroad. As the annexation of Crimea demonstrates, the Russian authorities are more than willing to interpret Moscow’s international obligations freely.

Political factors, not legal commitments, will guide Vladimir Putin. The Kremlin will weigh the risks of mass resistance: It’s one thing to invade a territory with a high degree of local support for Russia (like in Crimea six years ago), but it’s something else entirely to send the military into a country where they’d very clearly be unwelcome.

It’s also possible that the Kremlin risks a political backlash at home if it intervenes militarily in Belarus, where many Russians appear to support the protesters (unlike during Ukraine’s Maidan Revolution). Demonstrators in Khabarovsk have expressed solidarity with the Belarusian opposition and Russian soccer fans sing “Long live, Belarus!” Many Russians might disapprove of any decision by the Putin administration to assist in the suppression of Belarusian protesters.

Finally, the Kremlin has to consider that military intervention in Belarus could provoke an international response even harsher than what followed the annexation of Crimea. In terms of international law, Belarus is a sovereign state, but the West largely believes the August 9 Belarusian presidential election results were falsified, stripping Alexander Lukashenko of whatever legitimacy he previously enjoyed as the nation’s democratic leader. This means any appeal by Lukashenko to Russia for military assistance would also lack legitimacy. Agreeing to help Lukashenko would risk even heavier sanctions against Russia and the total collapse of all efforts to restore relations with the West.