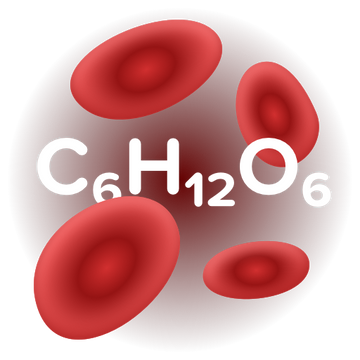 Doctors in Omsk claim that Navalny has a ‘metabolic disease.’ What does that mean? And is it even probable?

Prominent opposition politician Alexey Navalny is currently in a coma; the result of suspected poisoning. Judging by information from open sources, what exactly happened to him remains unclear. Earlier today, the head doctor at Emergency Hospital Number One in the Siberian city of Omsk explained that the team treating Navalny had established a “working diagnosis.” “Among [our] working diagnoses, the main one that we are most inclined towards is a carbohydrate deficiency, that is, a metabolic disease. This could have been caused by a sharp drop in blood sugar on the plane, which caused a loss of consciousness,” said chief physician Alexander Murakhovsky.

What does he mean by a ‘carbohydrate deficiency’? Is it a disease?

It’s not exactly a specific disease, but rather a condition that can be linked to a variety of causes, including things like malnutrition or rare, hereditary deficiencies of certain enzymes. The International Classification of Diseases (a diagnostic tool maintained by the World Health Organization) includes a separate chapter dedicated to these types of illnesses. Murakhovsky’s claims lead to the assumption that loss of consciousness — due in particular to a decrease in blood sugar — is one of the symptoms that led to the diagnosis of a metabolic disease (specifically, a disorder that affects the body’s ability to metabolize carbohydrates).

Can you really lose consciousness because of this?

Yes, you can. The brain consumes a significant amount of the glucose that comes from food or is produced in the body, so a sharp decrease in the amount of glucose in the bloodstream can result in the brain no longer having enough energy to function. But unless you have diabetes, the glucose levels in your blood are constantly regulated, primarily with insulin, and any lack of glucose is replenished from reserves stored in the liver and other organs. Loss of consciousness rarely happens — the technical term is a “hypoglycemic coma,” commonly known as fainting from hunger. This loss of consciousness is typically short lived and can be easily corrected by eating or injecting glucose.

“In most cases, this condition doesn’t require medical intervention in order to safely [stop it],” says endocrinologist Olga Demicheva. “If a person is admitted to a clinic, especially with loss of consciousness, determining their blood glucose levels is among the first mandatory tests. In other words, this condition is diagnosed very quickly. As far as I know from the media, Alexey Navalny has been in the hospital for two days already — therefore, it’s strange to suggest that they’ve only just now suddenly discovered a decrease in [the level] of glucose in his blood. Based on the clinical symptoms, hypoglycemia doesn’t fit into the picture of the course of events.”

Dr. Evdokia Tsvetkova, the endocrinologist and medical journalist who hosts the scientific medicine channel Endonovosti, agrees. “A hypoglycemic coma can develop rapidly, and with severe loss of consciousness, in a relatively healthy [person], that is, [someone] without any prior complaints. This condition can be diagnosed almost instantly — it can be done right in the ambulance. With proper treatment, long-term loss of consciousness isn’t characteristic, and you can literally render a person conscious with the tip of a needle — through a glucose solution IV. One might think that there was a delay in treating the hypoglycemic coma, resulting in the development of a stroke, — but the results of the MRI, which have already been published, don’t point to this turn of events. In other words, his situation doesn’t resemble hypoglycemia.”

Is it possible that Navalny has diabetes?

If that were the case, the doctors ought to have reported it very quickly, and he wouldn’t have been in a coma for so long.

People with diabetes can wind up in very serious condition. Even with a high level of glucose in their blood, it’s possible that it won’t enter their brain cells. This is due to an insulin malfunction, which prevents the absorption of glucose from the blood. This can cause the brain to lack energy and provoke loss of consciousness.

“Even if we assume that the patient had it [diabetes] (there’s no evidence of this), such conditions are easily diagnosed,” Dr. Evdokia Tsvetkova explains. “You don’t even need a simple glucose meter for this — there are characteristic signs well known to doctors, the smell of acetone from the mouth, etc. And, in these [cases], the loss of consciousness is quickly corrected once treated.”

So why haven’t the doctors in Omsk been able to confirm a diagnosis?

We don’t know. It’s probably because this isn’t a case of “carbohydrate deficiency.” Diagnosing hypoglycemia is very easy and there are well established protocols for managing this condition. In Navalny’s case, something else is going on.

For more about Navalny’s suspected poisoning