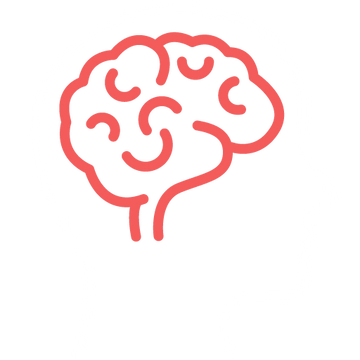 Cholinesterase inhibitors 101: What you need to know about the type of poison used on Navalny

On August 24, 2020, doctors treating Russian opposition politician Alexey Navalny at the Charité Hospital in Berlin announced that there is clinical evidence pointing to the fact that he was poisoned with a “cholinesterase inhibitor.” The exact substance has yet to be determined. Navalny is currently in an artificial coma and doctors are treating him with atropine — a medication used as an antidote to certain types of nerve agent and pesticide poisonings.

So are cholinesterase inhibitors just poisons?

This group of substances also includes organophosphates and carbamates — chemical compounds usually used as pesticides, which also have some applications in medicine. For example, the medications Neostigmine and Pyridostigmine are used to counteract the effects of drugs that block muscle function when a patient is under anesthesia.

That said, there are certain types of especially strong cholinesterase inhibitors that are used as chemical weapons. These include, for example, the synthetic compounds Sarin, VX, and Novichok, which are all classified as nerve agents.

What are the effects of this kind of poisoning?

In the event that the body’s acetylcholine levels become too high, it over stimulates receptors in the nerve cells, which disrupts the functioning of the nervous system. As a result, the heart rate slows; the body begins releasing excessive amounts of saliva, as well as tears, sweat, and phlegm; the person will begin to urinate, and develop diarrhea and vomiting; their pupils will also narrow (although sometimes it’s the opposite — the person’s pupils dilate and their heartbeat becomes more rapid).

In more serious cases, the person is left paralyzed, is unable to breathe, develops seizures, or falls into a coma. In the end, the poisoning could prove lethal.

How can these substances enter the body?

Cholinesterase inhibitors can enter the body in any number of ways: they can be inhaled, or get in through the eyes, skin, or gastrointestinal tract (in other words, they can be ingested). Symptoms can appear within seconds, minutes, or hours of the substance entering the body.

Was flying Navalny to Berlin necessary for getting a proper diagnosis? Why couldn’t they do this Omsk?

We don’t know. The Omsk Health Ministry maintains that they tested Navalny for cholinesterase inhibitors and didn’t find anything. But they didn’t specify which tests were performed.

Detecting poisoning from cholinesterase inhibitors requires a blood test to determine the level of cholinesterase activity in the person’s red blood cells. Not every laboratory is able to carry out this type of test, and so it’s possible that the doctors in Omsk didn’t have the opportunity to perform it. In the event that you don’t know whether or not someone came into contact with poisonous substances and it’s impossible to perform a proper test, doctors are supposed to track the patient’s symptoms. And by all accounts Navalny had many of the symptoms characteristic of this type of poisoning. That said, this conclusion is based on media reports, which can’t be considered 100 percent reliable.

Usually yes, but it can be difficult. Patients need more than just active supportive treatment for their symptoms (for example, artificial lung ventilation); they also need antidotes such as atropine (which is being used to treat Navalny) and pralidoxime (the two are sometimes used in conjunction with each other). They bind to the same receptors as acetylcholine and prevent the effect of excess amounts.

In serious cases, atropine is administered in high doses over the course of several days. Doctors can also use diazepam to stop seizures, if the patient has any. And even the preventative use of diazepam can be useful for preserving the person’s cognitive abilities.

All in all, the prognosis for organophosphate poisoning is relatively good. There are several known cases where people have recovered within two to three weeks. However, this type of poisoning can cause long-term damage, some people struggle with memory impairment, slowed speech, and hand tremors. And poisoning from substances used as chemical weapons can be even more difficult to treat, and will generally lead to a more dangerous course of illness.

For more about Navalny’s poisoning