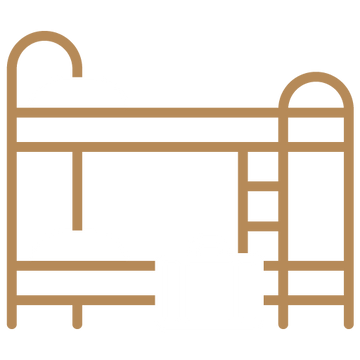 A new Duma law bans hostels in residential spaces. Is this the end for affordable tourism in Russia?

On March 6, Russia’s State Duma approved a new law that consists primarily of a single sentence: “A residential space in a building with multiple apartments may not be used to provide hotel services.” As of March 13, the Federal Council had requested that the final draft of the law be modified to go into effect on January 1, 2020 rather than taking effect immediately. However, the Council’s members indicated support for the law, and there is no doubt that it will sooner or later become active.

Does this mean hostels will be banned in Russia?

Yes. In the country’s current Housing Code, apartments (i.e. “residential spaces”) can be used for “professional activities or individual entrepreneurial activities” if those activities do not disturb other residents of the building in question.

Will Russians be able to turn apartments into nonresidential spaces and open hostels that way?

Yes, but most apartments wouldn’t fit the bill. The Housing Code prohibits changing the status of residential spaces that cannot be accessed directly from outside the building rather than through a hallway shared with other residents. In other words, by default, an apartment can only be made “nonresidential” if it is on the ground floor of a building.

Russian law does allow some apartments located above the ground floor to be named nonresidential, but only if the spaces below them are nonresidential as well.

Why did the Duma decide to ban hostels? Have people living near hostels complained about them?

Yes, that’s the main argument. During the law’s first reading in the State Duma, Deputy Galina Khovanskaya took the time to read a number of complaints out loud that she received from Moscow and St. Petersburg residents living near hostels. Among other things, the complaints described:

Sergey Katasonov, one of the law’s co-authors, emphasized that when Russian residents buy apartments, they typically assume that they are purchasing a space “where they are going to live, where their children are going to live, perhaps even their grandchildren.” He argued that it may be in the very back of their minds that their neighbors could “open a business.”

Has the ban received widespread approval?

No. Khovanskaya first proposed a ban on hostels in residential spaces in 2015, but the Duma continually delayed its consideration of the bill due to disagreements between Khovanskaya and other deputies as well as executive officials. In April of 2018, Russia’s executive branch announced its position on the matter, writing that hostels should be permitted in apartment buildings, but only under strict regulations and with permission from a council composed of the building’s other property owners.

Just before the second reading of Khovanskaya’s latest bill, presidential aide Larisa Brycheva wrote to the Duma deputy urging her to consider the government’s official position. In addition, Russia’s Economic Development Ministry noted that the hostel ban “will cause damage to small businesses in the hospitality industry and spark an outflow of resources into the black market.” However, the country’s ruling United Russia party later announced that its leader, Prime Minister Dmitry Medvedev, had expressed support for a bill that would ban hostels entirely.

Will Russians who rent out their apartments also face legal trouble?

No. The Duma law only extends to those who use apartments they own as hotels. Russian law does allow property owners to formulate agreements with tenants to rent out their apartments for any length of time or use a simplified agreement to provide rental housing for one year or less.

Did Russian hostels face any pushback before this law was introduced?

They did indeed. Russian courts have actively closed down hostels using existing legal measures. In some cases, hostels were declared to have a “social purpose,” which meant sanitary regulations would require them to be accessible through a separate entrance directly from the outdoors. Hostels located in nonresidential spaces occasionally fell victim to a law prohibiting those spaces from providing any kind of residence, no matter how temporary.

When the new ban is approved, will all the hostels in the country be closed down?

No. In all likelihood, hostels will continue to operate despite the ban. Natalya Petrovskaya, an executive board member for Russia’s League of Hostels, expressed agreement with the Economic Development Ministry’s assessment of the situation, saying, “legal businesses will leave the market, and illegal businesses will immediately take their place.”

Nonetheless, local police and other security agencies will still be unable to exert total control over hostels in Russia. Duma deputies refrained from including language in the new law that would create a special regulatory regime allowing law enforcement officers to enter hostels without the permission of their owners.