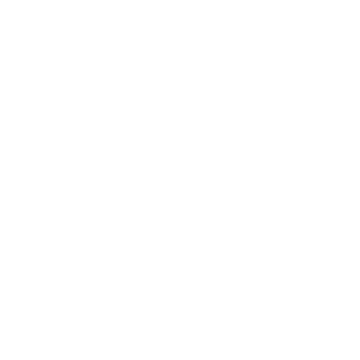 Ukraine has been clear that it needs more weapons from the West. So, what’s the holdup?

In recent weeks, the Ukrainian army has suffered huge losses in the Donbas, where Russian troops, which have also seen significant losses, are slowly gaining ground.

How has the West responded?

“We hear what [Kyiv is] saying,” an anonymous high-ranking official from the U.S. Department of Defense said at a Ukraine Contact Group meeting in Brussels on June 16. Indeed, negotiations are ongoing — military officials from 50 countries have been working together to coordinate the supply of weapons to Kyiv. But despite the fact that, as U.S. secretary of the Army Christine Wormuth pointed out recently, the U.S. has sacrificed some of its own military readiness to help Ukraine, Ukrainian leaders aren’t completely satisfied.

What are Kyiv’s complaints?

According to Ukrainian Deputy Defense Minister Anna Malyar, Ukraine has only received 10 percent of the weapons it’s requested. In response, U.S. Defense Minister Lloyd Austin said that “when you’re in a fight, you can never get enough.”

But the difference between Ukraine’s requests and what it's received is indeed striking: instead of the 1,000 howitzers Ukraine asked for, the U.S. promised on June 16 to provide 18, and instead of the 300 requested multiple launch rocket systems, Ukraine will get 10 (four from the U.S., three from the UK, and three from Germany).

Does Ukraine really need these weapons?

Yes. A majority of experts agree that these weapons are critically necessary for Ukraine to continue defending itself against Russia — especially given that the world’s entire supply of Soviet-made heavy weaponry (which is what Ukraine has been using to fight against Russia so far) has nearly been depleted, and the Ukrainian army, according to its commanders, have lost 50 percent of the equipment they had before the war.

In this situation, the Ukrainian army’s transition to Western equipment is an inescapable process that’s effectively already begun. If Ukrainian troops don’t get Western equipment, as Ukrainian Foreign Minister Dmitry Kuleba put it, they’ll have to “fight with shovels.”

How many weapons has the West already given Ukraine? Is it enough?

There’s no unified list of the weapons that Ukraine has received from Western countries. While some countries' leaders (such as Germany's) are under pressure from the media and domestic political opposition to report every weapon sent, others send weapons without attracting much attention.

But howitzers, which have become the most important weapon in the battle for the Donbas, can give us some indication.

It’s clear that howitzers are the weapon Ukraine needs most of all. And because they’re fairly expensive, new shipments usually end up being reported in the media. According to open source data, the U.S. promised to supply Ukraine with about 130 American-British M777 howitzers (valued at about $3 million each), 100 of which are already in use in battle. Additionally, the UK, Norway, Canada, Estonia, Italy, the Netherlands, France, Slovakia, and Germany have all either provided or promised to provide howitzers to Ukraine.

According to the Financial Times, Western countries have collectively sent (or plan to send) 250 high-caliber howitzers to Ukraine. This is more than any Western country, except the U.S., has in its arsenal — but according to Kyiv, it’s only a quarter of what Ukraine needs.

So the West needs to send more?

According to Ukrainian officials, yes. But for the West, Kyiv’s demands aren’t always feasible.

For several countries, the only way to supply Ukraine with howitzers would be to reach into their own arsenals (which they’re unwilling to do for fear of leaving themselves vulnerable). The fact is that the West doesn’t actually have that many heavy howitzers; France, for example, has 76 Caesar self-propelled howitzers in its arsenal, and over 30 of them have already been sent to Ukraine. At the same time, according to NATO’s strategic approach to warfare, many of the tasks Ukraine has been using howitzers for are aviation tasks; the West considers howitzers outdated.

Are howitzers the only weapon Ukraine lacks this severely?

The situation is different for different weapons. Ukraine has plenty of certain weapons, and with others the deficit is even more severe than with howitzers. Ukraine’s allies have flooded it with man-portable air-defense systems (MANPADS) and small arms, but haven’t sent a single Western plane or tank.

What countries have helped Ukraine the most?

According to estimates from the Kiel Institute for the World Economy (IFW), the West has provided Ukraine with billions of dollars’ worth of military assistance. In first place in the U.S.: as of June 6, Washington has promised 4 billion euros’ ($4.2 billion) worth of supplies and has so far delivered 2 billion ($2.1). And if you count military financial assistance as well as weapons, the U.S. has given Kyiv more than 20 billion euros ($21 billion). Poland is in second place, having given Ukraine 1.5 billion euros ($1.58 billion) in weapons, and the UK is in third place with 1 billion euros ($1.05 billion).

After that (if we include promised deliveries) is Germany, which has faced a lot of criticism for failing to meet deadlines — and which has indeed only delivered a small portion of what it’s promised. In terms of what’s actually been supplied, Germany falls behind Canada, Norway, and even Estonia and Latvia. On the other hand, Germany has supplied more weapons than countries such as France and Italy, which have faced far less criticism.

In terms of provided military aid in relation to each country’s GDP, then it’s the Baltic states and Poland who have helped Ukraine the most, according to IFW estimates.

Could the West provide Ukraine with more assistance if it wanted?

Delivery delays aren’t necessarily a sign that individual Western countries are being hypocritical or greedy. For each country, there are at least four factors at play:

NATO Secretary General Jens Stoltenberg and Western leaders have spoken frequently about their unwillingness to join the conflict; that’s why they’ve deliberately refused to supply Ukraine with Western-style aircraft and tanks. They could technically give Kyiv more, but they’re afraid of provoking Russia.

Western leaders may also be wary of Ukrainian officials’ occasional declarations that they plan to reclaim Crimea or destroy the Crimean Bridge. Stoltenberg has expressed hope that Western weapons will help Ukraine “oust Russian troops from the Donbas,” but has not specified whether he’s also referring to the self-proclaimed Donetsk and Luhansk People’s Republics, whose independence is officially recognized by Russia.

Given all that, does Ukraine still have a chance of winning the war?

And Western countries, despite their fear of escalation, continue to supply weapons in increasing numbers. They also have the resources to increase supplies in the case of a major crisis on the front — and Ukraine has enough manpower to train a large number of soldiers to use the new weapons.

At the same time, these aren’t the only factors that will determine the war’s ultimate outcome. Russia is currently seeking to gain a tactical advantage, and it’s difficult to predict how large and aggressive its next moves will be.

Ukraine is on track for EU candidate status. What does this actually mean?