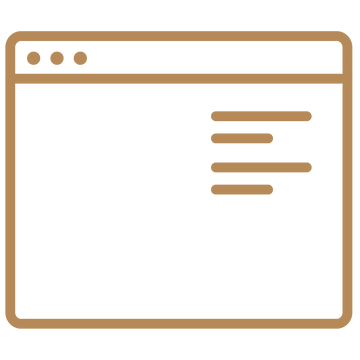 The Russian government has announced a plan to create digital profiles for its citizens. How is this going to work?

Russia’s Communications Ministry has announced a public comment period on a new bill that would amend a number of the country’s federal laws. On paper, the proposal is just “a clarification of identification and authentication procedures,” but a large portion of the text is devoted to the development of digital profiles. Before long, every Russian citizen will have one: the bureaucratic infrastructure for digital profiles has already been laid out in Russia’s nationwide Digital Economy project.

What kind of profile is this?

The program under development is an entirely new system. It will allow users to receive access to any piece of information the government has ever gathered about a particular individual or organization. Part of that data will be stored directly in the system itself, and some of it will be stored in a separate database that can be accessed within 15 seconds at any time. 15 seconds is also the amount of time set aside for the program to synchronize new information; the system is meant to be updated continuously.

According to Vedomosti, each digital profile will consist of three components:

The bill leaves the task of determining exactly which data will be stored in the digital profiles for the Russian government to take on at some later date. Olga Skorobogatova, the lead vice president of Russia’s Central Bank, announced that 57 data categories will be included in each profile.

Doesn’t the Russian government know everything about its citizens anyway?

It does indeed. However, the digital profile system will allow government agencies to exchange information about Russian citizens more efficiently. All data will be kept updated in a single location.

Where possible, government services will also use the profiles to become proactive rather than reactive. The system itself will suggest services that are legally available to particular citizens. For example, it might point users toward tax deductions they would not have heard about otherwise.

The profiles will be accessible not only to government agencies but to other organizations as well, commercial businesses included. The data stored in the profile will carry legal authority, meaning that there will be no need to confirm it using printed documents. For example, if a Russian citizen applies for credit, their bank will submit a request for their personal information through their digital profile. If the individual in question grants the bank permission to process that information, it will be transferred to the bank.

Not always. The Communications Ministry bill allows for certain situations “accounted for by law” in which information could be extracted from a citizen’s digital profile without their permission.

How will people provide permission for agencies to process their data?

The new bill includes two possible options: users can use their current usernames and passwords from the Gosuslug platform or a secure, verified electronic signature.

What’s this electronic signature about?

Citizens will receive one when they are issued an electronic passport, another of the Communication Ministry’s most recent innovations. Vedomosti reported that electronic passports will take the form of a plastic card with an embedded microchip, much like a typical debit or credit card. When an individual needs to be identified or authorized for a particular course of action, government agencies will also incorporate biometric data (such as their fingerprints, facial structure, or voice type). The Communication Ministry’s director of informatization projects described the authorization process as follows: “Now that you’ve placed your passport on the reader, please be so kind as to say a few words and show your face [to the camera].”

Electronic passports will become the primary documents used within Russia to identify Russian citizens. They will gradually replace their paper counterparts.

When will all this go into effect?

Nobody quite knows, but not within the next few years. The bill is scheduled for final approval before July 31, 2019. By the end of 2023, the digital profile system is set to be complete, and electronic passports should be issued by the end of 2024.

Is it really safe to store someone’s personal information all in one place?

Experts have remarked that a system like this that allows for access to a range of data “through a single window” could be vulnerable to attacks. At the moment, even the system’s operator, its full capacities, who will control it, and how they will do so have yet to be determined. Recent incidents in which the identities of Russian GRU agents were publicly exposed have demonstrated that even information stored in closed databases may not be terribly difficult to access.

Technology experts have also mentioned another risk: the government could use digital profiles to decrease its own social commitments. For example, it could refuse accommodations to citizens who make large purchases. In the future, it could even theoretically build a “social credit” system like the one currently active in China.

Will citizens be able to refuse to have a profile?

We don’t know. The text of the Communication Ministry’s bill does not mention any such possibility.