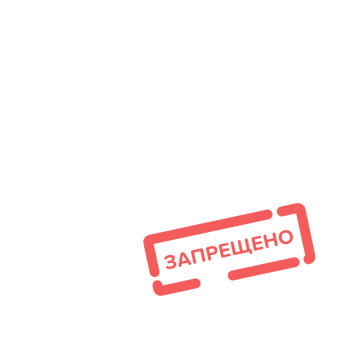 The Russian Duma is set to outlaw ‘fake news’ and insulting the government. How is this going to work?

On January 24, the State Duma voted to approve the first reading of two bills that place certain limits on freedom of speech in Russia. One essentially prohibits citizens from publishing unreliable news stories on the Internet while applying the same prohibition to news outlets both online and in other media. The other penalizes using the Internet to express disrespect to society, the government, the Russian state’s official symbols, the Constitution, and other sources of legal authority in a particularly obscene or irreverent way. Both bills were introduced in mid-December and will likely be modified to some degree in the amendment process that will precede their second reading. However, there is little doubt that both bills will pass in some form.

In case you missed it: two bills on Internet speech

So what does “unreliable news” mean?

Nobody really knows for sure. In fact, that first bill is not limited to news: it concerns any unreliable information that is socially significant and presented as though it is trustworthy. The information must also be capable of causing severe consequences of one kind or another: it might threaten an individual’s life or health, for example, or it might be capable of causing large-scale social disorder. However, the Duma’s bill does not include clear criteria to define the scope of its authority.

What counts as socially significant information?

No clear, unambiguous definition of this term currently exists. Socially significant information might include reports on inconsistencies in government spending, serious abuse on the part of government officials, human rights violations, cover-ups of criminal acts, social emergencies, and environmental catastrophes.

How can I tell whether I’m reposting a reliable story or a fake one?

It’s complicated. Average Internet users may not always have the necessary skills and resources to determine whether the information they read is fake or not. In English, a number of brief guides and longer reports on spotting fake news are available online.

Will people be punished for spreading fake news?

Yes. The office of Russia’s prosecutor general will gain the authority to block certain materials extrajudicially, which is already legal in cases of calls to mass revolt or disorder. Roskomnadzor, the Russian government’s censorship agency, will also be able to issue warnings to media sources if it believes they have abused their freedom to distribute information. An agency that receives two warnings in the course of a year may have its license to operate revoked.

In addition, individuals who spread fake news in Russia may face fines. For average citizens, that fine will range from 3,000 to 5,000 rubles (about $45-$75), but public figures may be charged ten times as much, and those who hold legal offices may receive 400,000 to a million rubles in fines (about $6,000-$15,200) and face confiscation of any items related to the violation in question. The bill does not explicitly address shares and retweets of questionable information, but its language hints that they may also merit a fine.

Sheesh. But what was that about bad-mouthing the government?

The Russian Duma is preparing to prohibit the promotion of information that “expresses clear disrespect in an indecent form” toward:

Could you give me a specific example of “indecent” speech?

No. But one of the bill’s co-authors, Dmitry Vyatkin, can explain things for us.

Dmitry Vyatkin refused to give an example because “that would be disrespectful and insulting.”

Deputies defend speech limitations (or not)

How will people be punished for all this?

The office of the prosecutor general would be able to block materials extrajudicially under this second law as well.

Posting “indecent” materials about Russian authorities on the Internet is considered hooliganism under this new bill. Those who violate it could receive an administrative fine from 1,000 to 5,000 rubles (about $15-$75) or 15 days under administrative arrest. However, punishments may be more severe for actions that prosecutors determine may contain criminal components apart from hooliganism.

But they can put people in jail?

People can already receive jail time in Russia for some of these offenses, and these laws will not change that fact. For example, abusing the Russian coat of arms or the flag is punishable by up to a year in jail. That said, insulting government agencies or representatives does not carry jail time under this bill. The maximum sentence for those violations is mandatory corrective volunteering for up to one year.

But how do they define the difference between administrative and criminal violations?

Here too we cannot say for sure. Under these new laws, administrative violations would include insulting online posts and memes.

Officially, only Russia’s Constitutional Court can answer that question. The bill’s sponsors argue that it is entirely legal. Senator Andrey Klishas noted that the Russian Constitution says “the rights and freedoms of any person or citizen should not infringe on the rights and freedoms of other individuals.” He added, “Using the Internet to spread unreliable, socially significant information and materials that disrespect the Constitution of the Russian Federation or social and state institutions does affect the rights of a significant number of [Russian] citizens. These changes are aimed at suppressing unlawful acts of this sort.”

However, not everyone agrees with Klishas’s point of view. For example, the “RosKomSvoboda” project, which follows emerging situations concerning freedom of speech on the RuNet, called the bills in question “repressive and regressive, out of line both with the Russian Constitution and with international law.”

How are Russian authorities explaining the impulse for introducing these limits on freedom of speech?

Lawmakers are justifying their bill on “unreliable information” on the grounds of defending the country’s information security. They have also referenced international discussions on the topic and said many governments are currently looking for ways to combat “online disinformation.” Their logic on “indecent” and “disrespectful” online speech is even simpler. After all, Russian law already penalizes expressions of disrespect toward society, abuse of state symbols, and insults toward authority figures. The Internet is a social space, and therefore, they say, the same prohibitions should apply there.