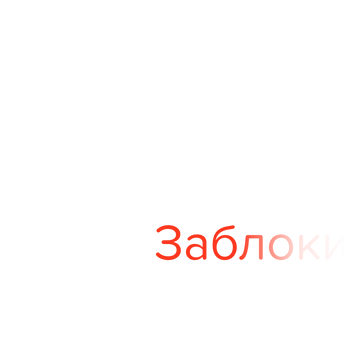 Russia’s Federal Financial Monitoring Service (Rosfinmonitoring) proposed amendments to several laws in order to “counter the financing of terrorism and (or) other illegal acts.” In particular, the agency suggested freezing the bank accounts of organizations and individuals who spend money on organizing and holding unsanctioned public events (this includes meetings, rallies, demonstrations, marches, and pickets). What’s more, this won’t require a court order.

The developers of the draft law seem to think so. The bill lists four types of socially dangerous activities, and states that attempts to finance them must be fought as a matter of priority. The four types of activities are as follows:

So an unauthorized rally will be considered socially dangerous no matter what?

By all appearances, yes. Although in the existing laws illegal rallies “of a non-violent nature, which do not violate public order, the work of transport, means of communications, and organizations” are highlighted separately. (In practice, this means that police officers, for example, are prohibited from using less-lethal weapons to disperse these gatherings). Rosfinmonitoring’s draft law, however, prohibits financing “illegal” rallies, even if the gathering in question didn’t lead to any dangerous consequences but, in theory, could have. This means virtually any type of unauthorized rally can be deemed socially dangerous.

Here’s what the draft law says:

“...financing activities aimed at organizing and (or) holding public events in violation of the procedure established by this Federal Law, which may lead to riots, pogroms, arson, disruption of the functioning of vital facilities, transport, or social infrastructure, [and] other similar negative consequences…”

Apparently, this wording was chosen so that the authorities won’t have to prove the “social danger” posed by each individual unauthorized rally.

So what constitutes ‘financing’?

We don’t know. This uncertainty is the biggest danger posed by the bill. In theory, one can imagine that “financing” will encompass not only fundraising for specific rallies, but also things like offering financial support to people or organizations that organize them. What criteria will guide the authorities will only become clear based on enforcement practices — if the bill is adopted, that is.

Yes. The authors of the draft law think that two conditions are more than enough:

What’s the mechanism for freezing someone’s bank account without a court order?

The authorized body (in cases concerning financing unauthorized rallies, the Interior Ministry) independently makes a decision on the need to freeze a specific bank account for a period up to 10 business days (that is, for two calendar weeks) and reports this to Rosfinmonitoring. In turn, the financial watchdog conveys this decision to the banks. The banks will be responsible for informing their clients that their accounts have been frozen.

When the two weeks are up, will the person’s bank account be unfrozen automatically?

Yes, unless the authorized body appeals to a court to extend the block. Such cases are dealt with very quickly. Moreover, the hearings can take place without the account holder (the defendant) and a prosecutor present. The court can even consider such cases behind closed doors.

If the court freezes a person’s bank account in this way, then they are only allowed to pay their taxes, housing, and utility bills, and spend no more than the subsistence minimum on each member of their family.

All of this will be spelled out in a new chapter of the Administrative Court Procedure Code.

Can you challenge the decision to freeze your bank account?

Yes. The owner of the frozen account can try to appeal in court both an out-of-court decision and a court ruling on extending the block.

A copy of the decision to freeze their accounts for a period of ten working days will be sent to the prosecutor’s office. Prosecutors will be able to challenge it if they doubt the evidence presented.

But, in any case, the appeal itself may take several days.

Will this bill be passed?

At present it’s difficult to say — after all, the draft law hasn’t even been submitted to the State Duma yet. So far, the bill has only been posted on the website regulation.gov.ru for public consultation. And if it is adopted, it will enter into force only one year after its official publication.