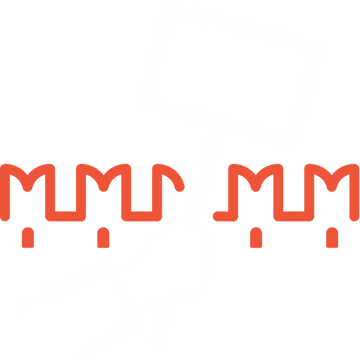 The Kremlin isn’t all that afraid of mass protests against pension reforms — yet. Konstantin Gaaze explains.

So far, nothing that can’t be changed. The Finance Ministry and economic bloc within the federal government have succeeded in pressing the idea of raising the retirement age: five years for men, and eight years for women. This isn’t pension reform, however. We’re talking about an accounting operation that allows the government to reduce the size of its budget allocations to the Pension Fund within a few years, without freezing pension payments. The way this works is simple: there’s not enough money, which means either pensions need to shrink or the number of pensioners needs to fall.

This is a technical fix, not a strategic solution. Like with the monetization of social benefits, the confiscation of pension savings, and annual increases in tariffs, the government can raise or modify the retirement age at any moment. Don’t be surprised if, in September 2018, the retirement ages only go up four years for men and three years for women.

About the author of this text. Konstantin Gaaze is a political expert and a senior researcher at the Moscow Higher School of Social and Economic Sciences.

Is raising the retirement age really such an unpopular idea?

Yes. Here are the results from a recent Public Opinion Foundation survey: 82 percent of respondents opposed raising the retirement age, 34 percent of whom say they fear they won’t live long enough to claim the benefits. Another 14 percent of these people say they fear a lower quality of life when they’re old, and another eight percent say “the elderly should be able to relax.” Admittedly, you should read these numbers with a grain of salt. Soldiers, police officers, and many other groups can retire earlier than others, and there are more and more of these people in Russia, but polling them can be difficult, which is why we get a slightly skewed picture in these surveys.

In these polls, people are clearly thinking about their expectations and values — not about their economic interests in the “here and now.” In essence, the public sees the push to raise Russia’s retirement age as the beginning of a rewriting of the country’s social contract on old age.

That’s unlikely to happen right now. The biggest “social protests” since 2000 were in response to the monetization of social security benefits, but that was a different scenario: the reforms had been discussed since the summer of 2004, then they were adopted, and the protests only started in January 2005, when free public transit was canceled in reality (not just on paper). It’s not likely, however, that people who would have retired next year but now have to wait an extra 12 months would suddenly take to the streets in January 2019.

Alexey Navalny and his Anti-Corruption Foundation are trying to transform Russians’ growing dissatisfaction with Dmitry Medvedev’s government and pension reform into a political protest movement, but this is a difficult task, if it’s possible at all right now. It’s also hard to have much faith in the demonstrations planned by Russia’s labor unions.

What are the authorities doing to reduce the risk of mass protests?

Promotions, promotions, promotions. The government’s “marketing” tactics with social initiatives haven’t changed since the time of Putin’s “national projects.” Closer to the fall, the Kremlin will bring in the political party United Russia and we’ll get a series of concessions: the hike for women will probably be reduced, and they’ll preserve the main benefits for soldiers and law enforcement.

Sergey Kiriyenko, Putin’s first deputy chief of staff, and his team believe that they can convince most Russians that it’s better to raise the retirement age than freeze or reduce benefits.

Judging by the television spots, speeches, and publications, the propaganda appeared to be taking two directions: those who worry that their “survival window” will collapse after they reach the new retirement age will need to be convinced that Russia’s life expectancy is growing steadily, and those who worry about spending their “survival window” in hospital lines will need to believe that Russia, like many Western countries, has experienced an age revolution and its senior citizens can expect a long, interesting, fulfilling old age — not a life of bedsores and poverty.

This outreach campaign should be able to suppress public discontent for a year or two. Nobody in the government really thinks far beyond that.

Putin’s rating will fall somewhat, which always happens after elections. In 2012, the decline started at the end of the summer and by the fall of 2012 he’d lost eight points on the year. After Russia’s reabsorption of Crimea, Putin’s ratings not only rebounded but broke all past records. The reforms could knock Prime Minister Medvedev’s popularity to zero, but that wouldn't be such an enormous decline. But this doesn’t threaten Putin’s rating dramatically.