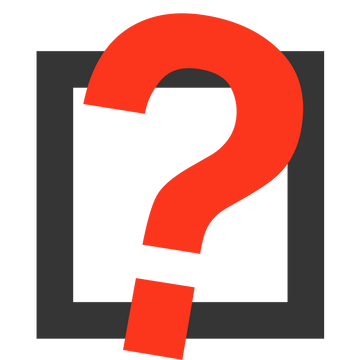 Several Meduza readers who registered with the Navalny movement’s Smart Vote initiative have recently received identical emails from some unknown party warning that voting in this weekend’s parliamentary elections could expose them to criminal liability. The message describes Smart Vote’s candidate-endorsements as “instructions from an extremist organization,” referring to Alexey Navalny’s now-dissolved Anti-Corruption Foundation. “Fulfilling these instructions would constitute a felony offense under laws against facilitating extremist organizations’ activities,” explains the anonymous email. The message’s author urges recipients not to vote at all.

There are no laws in Russia that prohibit voting for particular reasons, no motive for supporting a candidate can be construed as “extremism.” Election officials have already evaluated and permitted the candidacy of every individual who appears on any ballot.

In other words, in the state’s own view, no official candidate now running for public office in Russia is directly associated with Alexey Navalny or any of his outlawed organizations. In fact, the authorities have effectively said that no registered candidate has even spoken approvingly in public about Navalny’s opposition activities. Were it otherwise, in accordance with Russia’s new legislation on political participation, election officials would not have registered these candidates in the first place.

Even if the authorities want to treat these votes as illegal, it will be impossible to prosecute “offenders”

Ballots in Russia are secret and anonymous, making it impossible for the authorities to verify how an individual voted, let alone why. Even if someone does discover how a person voted, that information would be inadmissible in court because it could only be obtained illegally. Even if someone writes about how he or she voted, it’s unclear how a court could verify that the individual actually voted for a specific candidate.

Promoting Smart Vote is another story, however

The Russian authorities are treating Navalny’s strategic voting initiative like an extension of his banned political and anti-corruption infrastructure. The justice system has convicted people of misdemeanors for posting content on social media about Smart Vote, including some photographs where the project’s logo is visible. Offenders are charged with “propagating” and “publicly displaying” an “extremist” organization’s symbols.

In other words, Russians could face fines or several days in jail if they hand out leaflets about Smart Vote or urge people online to join the project. But it’s still perfectly legal to promote the candidates Smart Vote endorsed, so long as you avoid any direct links to Smart Vote in your advocacy.

The candidates whom Smart Vote endorsed should be safe, but they should be careful, too

It’s hard to be sure what the authorities might do to the candidates boosted by Smart Vote, but Leonid Volkov (Navalny’s chief of staff and the voting initiative’s supervisor) has said repeatedly that his team based its endorsements strictly on formal criteria, not behind-the-scenes agreements, meaning that candidates shouldn’t bear any responsibility for Smart Vote’s support.

On the other hand, publicly thanking Navalny’s supporters for Smart Vote’s endorsement could get a candidate banned from future elections if the authorities determine that such statements constitute “involvement” in the activities of an illegal extremist organization.

We can’t be sure how this might play out, but a few approving statements about Smart Vote would likely be insufficient to strip an elected lawmaker’s legal immunity. To revoke a winning candidate’s immunity, law enforcement officials would need to convince the legislature’s other deputies that their colleague somehow participates in extremist activity.

So, Meduza, should Russians vote according to Smart Vote’s endorsements?

If you’re a Russian citizen with the right to vote this weekend, you should vote the way you think is right. Or stay home and don’t vote. The choice is yours, folks.