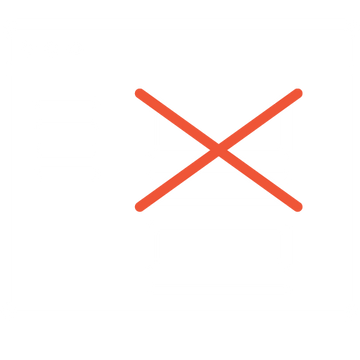 Russian lawmakers want to force social networks to delete all ‘illegal content’ identified by users. How would that work?

Lawmakers in Russia’s State Duma have introduced legislation that would enormously complicate life for online social networks and instant messengers. The law would require the owners of these networks and messengers to delete any “illegal content” within 24 hours, or they would face steep fines.

Exactly which social networks and messengers would this legislation affect?

That much is still unclear. Sergey Boyarsky, one of the bill’s authors, told Meduza that lawmakers are introducing new rules specifically for online social networks. The legislation’s actual wording, however, defines the concept of a “social network” so broadly that the term could be used to describe any service used to exchange messages that has more than 2 million registered users in Russia. Under those terms, several instant messengers would also qualify as “social networks.” The legislation also stipulates that the new regulations would only affect Internet services formally registered in Russia as “information-dissemination organizers.” Currently, this registry does not include several large social networks, like Facebook or WhatsApp, but it does include Vkontakte and (very recently) Telegram. It’s unclear if this means Facebook and other social networks and messengers not in the registry would simply be free to ignore the proposed restrictions.

How would the Russian government exercise such control over these services?

First, social networks required to obey the new law would be obligated to open some kind of representation in Russia. Second, they would also be required to create some kind of online form that would allow users to file complaints against “illegal content.”

The legislation itself refers to information “clearly intended to promote war, incite ethnic, racial, or religious hatred and animosity,” any “inaccurate information,” and/or “information that defames any person or that person’s reputation,” as well as any information the dissemination of which carries “criminal or administrative responsibility.”

What kind of information dissemination carries “criminal or administrative responsibility” in Russia?

The legislation mentions multiple kinds of information that are illegal to disseminate in Russia. This includes a whole series of laws against “extremist speech” (which Russian law enforcement often uses to prosecute people for posts and comments on the Internet), public justifications of terrorism, the incitement of separatism, libel, drug propaganda, information about committing suicide, and much more. The law would also target the spreading of information that state authorities deem to be harmful to children. For example, in September 2015, officials blocked five communities on Vkontakte for so-called “gay propaganda.”

But who decides what information is illegal?

This is the most interesting bit in the legislation: Internet users themselves would make these determinations. In other words, if a random social media user suddenly decides that someone wrote something untrue, or believes they posted a comment somewhere that “incites hatred,” that user can file a complaint with the network and demand that administrators delete the content. And the social network is required to remove it within 24 hours.

But social networks already accept users’ complaints and remove content that violates their terms of service. Why does the Duma need a law?

Yes, all major social networks have teams that monitor complaints submitted by users, deleting offensive content and blocking violators. But now the Russian government wants to control this process and impose its own criteria for prohibited content.

How can network administrators evaluate every complaint in just 24 hours?

But Russia already has a federal censorship agency. Why is the government shifting its functions to Internet users?

Lawmakers say their new approach would create a system that avoids more government red tape and would reduce the need to block whole websites. In the law’s explanatory note, the authors cite recent regulations introduced in Germany.

And what do they do in Germany?

On June 30, 2017, Germany did indeed adopt a very similar law. Online social networks (identified as services with more than 2 million users in the country) were required to offer users a similar complaint form and delete within 24 hours any posts or comments that violate German laws, including laws against hate speech. In cases where the content isn’t clearly illegal, social networks can take up to a week to review a complaint. Social media companies face fines as high as $57 million if they do not comply with the new law. “Reporters With Borders” and David Kaye, the UN’s special rapporteur on the promotion and protection of the right to freedom of opinion and expression, have both criticized Germany’s new law, arguing that it constitutes a violation of free speech.

Will they pass the bill?

Very likely, yes. The legislation was drafted by lawmakers from the country’s ruling political party, United Russia. According to Duma deputy Andrey Isayev, United Russia unanimously supports the idea behind the law.