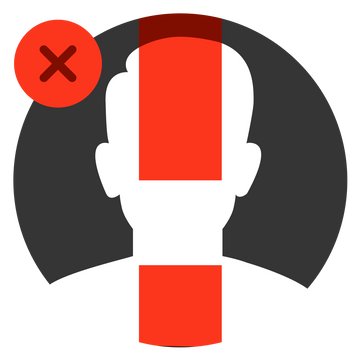 Russian lawmakers want to ban Navalny’s supporters from running for parliament. But their bill is completely ineffective (for now).

Russian lawmakers have submitted draft election reforms that would prohibit people “involved in the activities” of extremist or terrorist organizations from being elected to the State Duma. This potential ban would directly impact former and current employees of Alexey Navalny’s political network. The Moscow Prosecutor’s Office has already filed a claim seeking to outlaw the jailed Kremlin critic’s regional campaign offices and his Anti-Corruption Organization as “extremist organizations.”

Navalny’s chief of staff, Leonid Volkov, has underscored that such a ban would impact hundreds of thousands of the opposition politician’s supporters.

What does this have to do with Navalny’s supporters?

Many of them have made donations to the FBK or Navalny’s campaign offices. The State Duma lawmakers also want the ban to apply to anyone who provided hypothetical “extremists” with funding (including through cryptocurrency) — as well as anyone who offered consultative, organizational, and methodological assistance, or helped them in any other way.

On top of that, the legislation, as envisioned by the deputies, is meant to have retroactive effect. In other words, you could be deprived of the right to be elected to the State Duma for helping or working with an outlawed organization before the legislation came into force. This includes:

Is it even legal to deprive people of the right to be elected?

In principle, yes — but not retroactively.

The Russian Constitution’s Article 32 states directly that “citizens recognized by a court as legally unfit, as well as citizens kept in places of confinement by a court sentence” are deprived of the right to elect and be elected. But constitutional lawyer Olga Kryazhkova told Meduza that the Russian Constitutional Court also considers it legal to restrict electoral rights on other grounds. In particular, the Federal Law “On the Basic Guarantees of Electoral Rights” includes many additional restrictions. However, from the point of view of the Constitutional Court, these restrictions must be “proportional.” In Kryzahkova’s opinion, the lawmakers’ initiative clearly looks like an excessive measure.

And of course, you can’t be deprived of your electoral rights retroactively. The Constitutional Court considers restrictions on one’s right to elect and be elected a measure concerning a citizen’s constitutional and legal responsibility. And according to the Russian Constitution’s Article 54, “A law introducing or aggravating responsibility shall not have retrospective effect.”

Do they want to deprive people of their right to be elected for life?

No. “Leaders” will be banned from running for parliament for a five-year period after their organization is outlawed officially. For ordinary employees or supporters, the ban will last for three years after the organization was recognized as a terrorist or extremist group.

How many people will this impact?

Navalny’s chief of staff, Leonid Volkov, estimates that the ban could affect more than 200,000 people who have made donations to Navalny’s team.

Will this ban only impact Navalny’s organizations?

No, formally it will apply to other groups too. But many extremist and terrorist organizations received this designation so long ago that the legislation won’t even affect their leaders.

For example, the supporters, members, and leaders of the following organizations could still be elected to the Russian State Duma:

Will these restrictions apply to any and all elections?

There are elections to the State Duma in September 2021 — will the ban be in force by then?

We don’t know. A lot depends on whether the Russian parliament has time to pass this bill before the official start of the State Duma campaign, which is scheduled for late June. If this document becomes law, it will enter into force immediately after its official publication.

But if the exact version of the law that was submitted to the State Duma is adopted, it still won’t work.

Because it contradicts another law — the Federal Law “On Basic Guarantees of Electoral Rights and the Right of Citizens of the Russian Federation to Participate in a Referendum.” This law contains a closed list of cases in which Russian citizens can’t stand for elections at various levels of government, and it doesn’t include a single word about the supporters of banned organizations. What’s more, this law takes precedence over other laws concerning elections.

Article 1, part 6 of the Federal Law “On Basic Guarantees of Electoral Rights and the Right of Citizens of the Russian Federation to Participate in a Referendum.”

Moreover, the State Duma deputies agreed separately that they will not make any amendments to other legislation for the sake of their bill.

Hurray! So there’s no need to worry about this law?

No. Unfortunately, the legislators can correct this “oversight” ahead of the second reading.