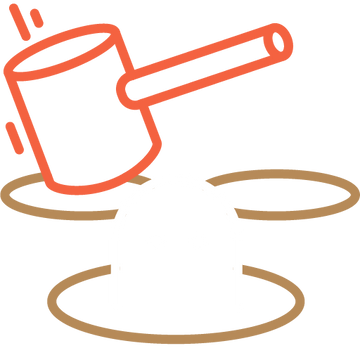 Russia is trying to block Telegram, but it's failing. Why?

On April 16, Roskomnadzor ordered Russian ISPs to start blocking access to the instant messenger Telegram. So far, there aren’t clear statistics indicating how successful this effort has been, but it’s safe to say that Telegram’s services are still available to many Russians. The view counts and subscriptions on popular Russian Telegram channels continue to rise, and Meduza readers report that they’re able to use Telegram on their phones (without relying on VPN), though many Internet users say the app has stalled on their laptops and desktop computers.

Why has Russia’s censor failed to block Telegram?

For starters, this stuff ain’t easy. What does it take to “block an instant messenger”? It requires blocking the IP addresses of every server the messenger uses to communicate with the outside world. Roskomnadzor is monitoring which servers Telegram is using and blocking whole subnets (this is why, over the past 38 hours, Russia has blocked millions of IP addresses owned by Amazon and Google).

The trouble here is that Telegram isn’t the only service communicating with these servers. The messenger Viber and the online-schools “Skyeng” and others have suffered disruptions. Vladimir Kobzev, the general director for the courier service “Birdy,” says Roskomnadzor’s actions disabled his website for six hours, and he plans to sue.

What happens if Roskomnadzor blocks every server that Telegram uses?

Telegram would just switch to new servers. It’s basically a game of whack-a-mole. What’s tricky is how the app “communicates” the new servers’ IP addresses. It wouldn’t be practical to keep releasing updated versions of the app (especially while at war with Roskomnadzor), so Telegram decided to take a different approach, relying on push notifications to deliver the new server data. All users have to do is click on a push notification (sometimes this isn’t even necessary), and that’s enough to switch their copy of Telegram over to the latest server. Roskomnadzor can’t track the data in these notifications because the push channels are controlled by the companies that host the mobile software itself: Apple and Google.

Can’t the staff at Roskomnadzor just download Telegram and get these notifications, too?

Yes, but Telegram can divide the millions of Russian users into several groups, and it can redirect different groups to different IP addresses, making it hard for Roskomnadzor to track them all. Even if Roskomnadzor managed to identify every single server Telegram was using, the company could always find more.

Can Roskomnadzor stop Telegram from being able to send push notifications to users?

Could Roskomnadzor force Apple and Google to delete Telegram from their app stores? What would happen then?

We don’t know. Roskomnadzor has already ordered Apple and Google to remove Telegram. If they comply (there are some precedents for this), it would be a major blow to Telegram in Russia: the app’s Russian user base would stop growing, and existing Russian users wouldn’t be able to update their app. Those who already have the app, however, would probably keep receiving push notifications with new Telegram server data. Installing the app would still be possible, technically, but it would require users to turn to unofficial app stores. Most people without the app already would likely give up.