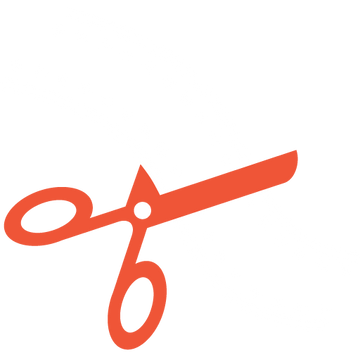 Russia has banned the film ‘The Death of Stalin,’ but isn't that censorship?

Russian officials withdrew the distribution license for the French-British comedy “The Death of Stalin.”

On January 23, two days before the film’s scheduled release, the Culture Ministry announced the move, after an advance screening for state officials and Public Council members enraged audience members and renewed criticism of Armando Iannucci's movie. In a nutshell, people think the film is an insult to Soviet history.

But film distributors aren’t government agencies. Can the state really tell them what they can and can’t show?

Yup. In Russia, if you want to show a film in movie theaters, you need an official distribution license from Russia’s Culture Ministry. According to the government’s rules, state officials can refuse to issue a license and they can revoke a license that’s already been granted — at any time. One of the reasons the Culture Ministry might do this is because it believes a film somehow “violates Russian laws.”

How could a film violate the law?

Russian regulations include a whole list of potential legal violations in cinema. For example, distribution licenses can be denied or revoked when movies defy laws against extremism, which ban the dissemination of “extremist materials,” the incitement of social, racial, ethnic, or religious hatred, and the propagation of Nazi symbols.

Culture Ministry representatives and unnamed lawyers for the ministry say they’ve detected “signs of extremism” in “The Death of Stalin,” and the Culture Ministry’s Public Council even appealed to the Attorney General’s Office, asking the agency to investigate the movie. But the ministry hasn’t formally accused the film of extremism. Officially, when the ministry withdrew its distribution license, it only cited bylaws that allow such actions “when the public demonstration of a film reveals materials containing information that cannot be legally disseminated in the Russian Federation.”

Russian regulations on cinema ban a whole lot of other stuff, too. Movies cannot use subliminal messages and other techniques designed to affect people’s subconsciousness or their health. Films are also supposed to avoid swearing and showing people how to cook up illegal drugs. Russia also says movies can’t promote pornography or a “cult of violence and cruelty.”

What about free speech and artistic creativity?

Good question. The Russian Constitution guarantees free speech and artistic freedom and prohibits censorship, but the same document allows the state to limit these and other freedoms with federal laws — “to the extent that is necessary for the protection of the foundations of the constitutional order, and the morality, health, rights, and legal interests of other persons, ensuring the country’s defense and state security.”

So federal laws mean the government can ban certain movies?

Formally, yes. But there are a lot of questions, when it comes to implementing these laws. Russia’s ban on extremism says that only a court can determine what qualifies as extremism, and it’s not entirely clear why the Culture Ministry would play this role, when doling out distribution licenses to movies.

What was the scandal surrounding ‘Matilda’?

When responding to religious conservatives’ demands to ban the film “Matilda,” Deputy Culture Minister Vladimir Aristarkhov said the role played by state officials’ personal tastes is “kept to a minimum” by the narrow list of clearly defined norms laid out by federal regulations.

“Narrow,” however, doesn’t quite describe the legislation Russian officials can use to crack down on unwanted forms of public expression. The laws against extremism and various kinds of “propaganda” are notoriously vague, and the authorities can interpret them differently in any given circumstance. Russia’s ban on “a cult of violence and cruelty” is a perfect example. In theory, this could be grounds to block nearly any action movie. The law against extremism is also extremely unclear, and the wide variety of possible interpretations has enabled police across the country to lock up ordinary Internet users for simple reposts on social media.

People still don’t know what to make of the ban on Nazi symbols and demonstrations. In 2013, the Culture Ministry revoked the distribution license for the film “The Call of Cosmic Evolution” about the painter Nicholas Roerich, arguing that there were scenes depicting swastikas. Four years later, Russia’s Supreme Court ruled that the Culture Ministry acted illegally.

So what’s “extremist” about “The Death of Stalin”?

According to the Culture Ministry’s lawyers, Armando Iannucci's film “incites hatred, humiliates the Russian (Soviet) individual, propagates the inferiority of people based on their social or national identity, and shows signs of extremism.” The main thrust of the ministry’s objections, however, is that it should be forbidden to distort the great history of the Soviet Union. In other words, the problem is more a moral issue than a legal matter.

“There are moral questions and then there is the law, which guides us and forms the basis of the demands correctly laid out by lawyers,” says Culture Minister Vladimir Medinsky. “Many older people, and quite a few others, view this [movie] as an offensive mockery of the entire Soviet past, of the country that defeated fascism, of the Soviet army, and of ordinary people. And, most distastefully, they see it as even mocking the victims of Stalinism.”

Medinsky is famously thin-skinned about any criticism of the USSR, especially when it comes to military history. In 2015, the mystery drama “Child 44” premiered internationally, but not in Russia, even though the film was loosely based on the Soviet serial killer Andrey Chikatilo. Medinsky objected to the Soviet Union’s depiction in the movie, arguing that the filmmakers made “the country that defeated fascism and put a man in outer space” look like J. R. R. Tolkien's Mordor. The distribution company “Central Partnership” eventually withdrew its own license application and its representatives later called publicly for greater regulatory control over the release of films that contain “socially meaningful context.”

In other words, the Culture Ministry relies less on Russia’s laws and regulations than it does on its own ideas about right and wrong. And when Soviet history is in the mix, you can expect Vladimir Medinsky’s personal feelings to play a role.

Strictly speaking, that’s a question for Russia’s Constitutional Court. In de facto terms, however, the government’s mechanism for licensing the release of feature films looks exactly like censorship: a federal agency watches a movie before it premieres and decides if it can be screened for the public.

In 2011, when Russia was considering new rules for issuing distribution licenses, many in Russia’s film industry openly called the mechanism a tool of state censorship. “It was clear that this law violates articles of the Constitution because we can’t have censorship, and yet the distribution license has become censorship,” filmmaker Marina Razbezhkina told Radio Liberty. Movie critic Andrey Shemyakin has suggested challenging the Culture Ministry’s licensing rules in Russia’s Constitutional Court, but nobody has pursued the matter. Others in the film industry have floated the same idea.

Do distributors in Russia run into problems?

But they let Alexey Uchitel’s “Matilda” into theaters! So Russian censorship can’t be all that bad, right?

Oh yes it can. First, several regions across the country didn’t want Uchitel’s film screened locally. Officials in Dagestan, Chechnya, and Ingushetia demanded that the Culture Ministry revoke distribution licenses within their republics. Second, the scandal that surrounded “Matilda” only demonstrated once again that it’s possible to search for “extremism” virtually anywhere (though, admittedly, “experts” never identified anything extremist about the film).

There’s a sense in Russia that certain topics are increasingly taboo. When it comes to the history of World War II, the policies of the Soviet state, religion, and homosexuality, expressing “wrong” views about any of these issues often provokes a swift crackdown by government officials, leading to serious consequences for the people who dare to step out of line.

In a fiery speech to parliament this week, State Duma deputy Elena Drapeko openly admitted that the Culture Ministry had to “invent” an excuse to pull the distribution license of “The Death of Stalin,” given that the movie doesn’t technically violate any film industry regulations, she said. Drapeko supports the government’s crackdown, but she says the incident demonstrates Russia’s need for a “Federal Morality Council,” which would determine “by expert review” when a film is unfit to go before Russians’ eyeballs. She also said that Stalin’s death was “a difficult time for the Russian Federation [sic].”