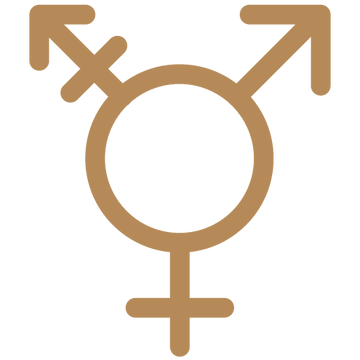 A group of representatives from the Federation Council want to ban transgender people in Russia from marrying. They also want to make it more difficult for couples that include one trans partner to adopt children. This was announced by conservative Senator Elena Mizulina, who led the development of a new draft law “aimed at strengthening the institution of the family.” If the bill were to be adopted in its current form, it would have another major consequence for transgender people: they wouldn’t be allowed to change the gender markers on their identity documents. In other words, they’d be prevented from legally changing their gender.

Do they want to ban transitioning?

Not really. Medical changes (as well as any other actions concerning the body) will still be legal, but making changes to identity documents will be difficult.

Currently, anyone wanting to change the gender marker on their documents needs to get a medical certificate confirming their gender reassignment and take it to a Civic Registry office. There, they register the change on your birth record (not to be confused with a birth certificate), changing this document itself. A transgender person can then be issued a new birth certificate on the basis of this updated record, which can in turn be used to apply for a new passport and other identity documents.

So what could change?

Altering the majority of your documents wouldn’t be allowed any more. If the draft law were adopted in its current form, the Civic Registry would no longer be allowed to change a person’s birth record after they’ve completed their gender reassignment. As such, a transgender person wouldn’t be able to apply for a new birth certificate and passport either.

That said, another article of the law allows for a person’s birth record to be changed by court order. While this does happen on occasion now, in these cases the court is involved on the grounds that the registry office has arbitrarily refused to change someone’s birth record. However, if these changes were put in place, there would no longer be clear grounds for disputing a refusal from the Civic Registry; in fact, registry office employees would be expressly forbidden from making the changes, even if all medical documents are in order.

According to lawyers from the Transgender Legal Defense Project, “adopting the current version of the draft law would block the possibility of changing transgender people’s documents.”

How does this affect marriages?

When registering a marriage, registry office employees “may request the provision of a birth certificate.” As such, if the draft law were adopted, a transgender man would be prevented from marrying a cisgender woman, on the grounds that his birth certificate has a female gender marker.

Wait, do Russian birth certificates even include gender?

No, they don’t. But the draft law suggests adding this category to birth certificates. And a person who transitions won’t be allowed to change it. In the event that this amendment is adopted, transgender people’s original birth records will be restored (the ones that include their pre-transition gender marker) and they will be required to change the gender marker on their birth certificates to reflect this, as well.

Are transgender people being completely deprived of the right to marry?

No. Firstly, the draft law allows Civic Registry employees to verify birth certificates, but it doesn’t oblige them to do so. Assuming that a registry office employee forgets or ignores this norm during the ceremony, then it’s quite possible that a transgender person’s marriage could be registered.

Secondly, there have been cases where two transgender people in Russia were able to enter into a heterosexual marriage. This kind of marriage was registered in Kazan in December 2019. The couple, Erika and Viktor, met four months before the wedding; they had both transitioned and changed their documents, and were married without any difficulties. Whether the adoption of the draft law will affect these kinds of unions remains unknown, but one can logically assume that it won’t, since both parties will have birth certificates with different gender markers (even if they don’t reflect their gender identities accurately).

Finally, if a transgender man wanted to marry a cisgender man, then the registry office would have to register their union, in certain cases. For this to happen, the transgender man would have to be in possession of a birth certificate and a passport that both contain a female gender marker — in this case, he would be legally considered a woman by the state. In effect, this would allow for a same-sex marriage to take place in Russia.

What happens to transgender people who are already married?

This remains unclear. Russia’s Family Code proposes the addition of a prohibition on same-sex marriage. And this same document allows for these marriages to be considered invalid. But only a court can make this decision, and for this to happen either one of the spouses or the prosecutor’s office has to file for it. Whether the prosecutor’s office will do so remains unknown.

Will adopting children be banned too?

No. The new draft law doesn’t say that a single, transgender person is prohibited from adopting children. They can also do so now.

That said, if a couple wants to adopt a child, they have to present a marriage certificate. A birth certificate is not required, except for in cases when the adoptive parent isn’t married. As such, problems could arise in the event that a prosecutor wants to challenge the legality of the marriage per se.

Will the bill be adopted?

We don’t know. One of its co-authors, Senator Elena Mizulina, has been the author of several major draft laws in recent years. However, not all of them were adopted. For example, in 2017, the State Duma committee on the family rejected her draft law on banning baby boxes.

In fact, the majority of the proposed package of legislation actually aims at regulating social services. It’s possible that the draft law will see significant changes by its second reading, including due to the inconsistencies regarding the rights of transgender people. On the one hand, the bill proposes practically depriving transgender people in Russia of the possibility of having their gender identity legally recognized. On the other hand, it could give some of them the opportunity to enter into a same-sex marriage.

Text by Natalya Kondrashova, with the help of lawyer Tatyana Glushkova from the “Transgender Legal Defense Project”