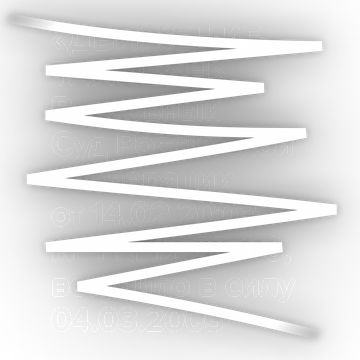 Is Russia going to remove the Taliban from its list of terrorist organizations?

The government in Afghanistan has fallen to the Taliban, a militant group that Russia officially considers a terrorist organization. However, the Russian Presidential envoy to Afghanistan Zamir Kabulov said on Monday (August 16) that the Taliban could lose its terrorist status. The Russian diplomat claimed that this would first require the adoption of a corresponding United Nations Security Council resolution. “And from then on it’s a technical matter,” Kabulov said. Earlier, Kabulov noted that Russia maintains “good relations” with the Taliban.

What does the UN Security Council have to do with this?

In October 1999, the UN Security Council adopted resolution 1267, which designated the Taliban as a facilitator of terrorism and imposed sanctions on individuals and entities associated with this militant group. In pursuance of this resolution, Vladimir Putin signed the first presidential decree on Russian sanctions against the Taliban in May 2000, which included a flight ban and a freeze on all funds and other financial resources.

Following negotiations in Moscow on July 8–9, 2021, it became known that Taliban representatives had asked the Russian authorities about the removal of the militant group from the UN Security Council’s sanctions list.

Will the UN Security Council make such a decision?

As of yet it’s difficult to say, but in theory this is a possibility. That said, like other resolutions, this decision can be blocked by any permanent member of the UN Security Council — the UK, China, Russia, France, and the U.S. all have veto power.

The United States, which does not officially consider the Afghan Taliban a terrorist group, signed a peace agreement with its representatives in early 2020, and agreed to make diplomatic appeals to other members of the UN Security Council to lift the sanctions on Taliban members.

So if a resolution is adopted, Russia will no longer consider the Taliban a terrorist group?

This is a complex question. In all likelihood, the Taliban will still be considered a terrorist group in Russia. A new UN Security Council resolution would result in the lifting of presidential decrees on sanctions against Taliban members. But the Russian Supreme Court’s 2003 ruling designating the Taliban as a terrorist organization and banning its activities within the country would remain in force.

It’s because of the Supreme Court’s decision that the Taliban is included on Russia’s terrorism blacklist (not because of the UN Security Council’s resolution). As a result, Russian media outlets are required to mention the militant group’s status every time it comes up in their reporting, and Russian citizens are still fined for posting Taliban symbols on social networks. In addition, the Russian authorities are formally prohibited by law from making political concessions to the Taliban.

No, it’s not that simple. Firstly, no one will ever overturn the Supreme Court’s decision in full because it didn’t just concern the status of the Taliban. The ruling simultaneously designated 14 other groups — ranging from the Congress of the Peoples of Ichkeria to Dagestan to Al-Qaeda — as terrorist organizations.

Secondly, because the Russian Supreme Court’s decision has already come into force, it can only be appealed “on the basis of newly revealed or new circumstances.” The deadlines for all other appeals procedures have long expired. For example, the court ruling was made in February 2003 and in June of that same year, the Kuwaiti charitable organization Society for Social Reforms, which had been designated as a terrorist organization, was denied a cassation appeal due to a missed procedural deadline.

If a new UN Security Council resolution were to be adopted, it wouldn’t be considered a “newly revealed circumstance,” because it didn’t exist “at the time of the adoption of the verdict” in 2003. The closed list of “new circumstances” only mentions the decisions of one international organization — the European Court of Human Rights (not the UN Security Council).

In addition, it’s unclear how the court could ignore the fact that the Taliban held a Russian flight crew captive in 1995 — this incident was explicitly mentioned in the Supreme Court’s ruling designating the Taliban as a terrorist organization.

“The Taliban movement was formed in Afghanistan in 1994, as an extremist Islamic movement. It maintains contact with illegal armed formations operating on the territory of the Chechen Republic. In its activities, it uses methods of terror: in the fall 1995, they seized an IL-76 aircraft from the Tatarstan airline ‘Aerostan,’ the crew of which was held hostage for a long time. With the support of O. bin Laden, it sought opportunities for the seizure of power by Islamic movements in Central Asian states, including Uzbekistan, Tajikistan, and Kyrgyzstan.”

Thirdly, Russia’s Federal Law “On Countering Terrorism” only outlines the procedure for adding organizations to the list of terrorist groups and doesn’t even mention the possibility of lifting this status.

So the Taliban can’t really be removed from Russia’s list of terrorist organizations?

It can be if the authorities really want this to happen. But this would require amending federal laws and relying on the courts to make the necessary judgement.