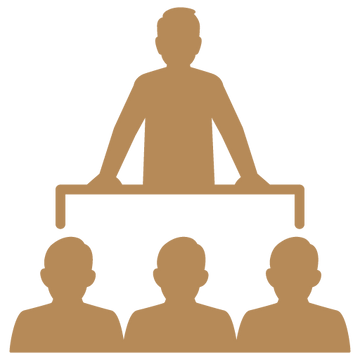 How is Putin able to remove popularly elected governors?

On July 20, Russian President Vladimir Putin dismissed the Khabarovsk Territory’s governor Sergey Furgal due to “loss of confidence.” Furgal’s dismissal came after his arrest on suspicion of organizing several contract killings at the start of the 2000s. A member of the Liberal Democratic Party (LDPR), Furgal became the head of the region following the national elections: on September 23, 2018, almost 70 percent of voters supported him in the second round of voting. He defeated the authorities’ preferred candidate — the incumbent governor Vyacheslav Short of United Russia. Khabarovsk has seen sustained protests in Furgal’s defense for almost two weeks.

Can the president fire an elected governor?

Yes. Putin and Dmitry Medvedev (when he was president) have dismissed a total of 11 governors prior to Furgal. Article 19 of the federal law “On the general principles of organization of legislative (representative) and executive bodies of state power” gives the head of state this right. But only in particular situations — on the grounds of inadequate performance of duties and loss of confidence. While the law doesn’t specify what “inadequate performance of duties” means, there is a specific description of what constitutes “loss of confidence”:

Furgal stands accused of involvement in an organized crime group and orchestrating the murders of several businessmen in the early 2000s — none of which is on the list.

Does that mean Putin had no right to dismiss Furgal?

We don’t know. The investigators said that they are verifying whether or not Furgal committed any other serious crimes — possibly ones related to corruption. But most importantly, the law doesn’t give a clear definition of what constitutes “the detection of corruption” or “the identification of a conflict of interest.” It’s not clear whether this refers to a court decision, or an indictment, or if simply being suspected of a crime is enough (it’s also unclear which authority “establishes the fact” of the possession of foreign property). Even lawyers don’t really understand which documents are needed to confirm these facts.

Interestingly, prior to 2012, the president could lose confidence in governors and fire them for no reason at all (that said, for several years he was also responsible for appointing them). This right only became somewhat constricted after the return of gubernatorial elections (as opposed to appointments).

All of this does little to limit the president’s powers in practice — and he’s not obliged to justify any of his decisions. This is exactly why decrees on dismissals often rely on the explanation that the president “lost confidence in the head of the region.” Furgal’s resignation is no exception.

So Putin has never justified the dismissal of a governor?

The first time Putin dismissed a regional governor due to “loss of confidence” was the only occasion where he explained his decision in detail. The 2005 decree on the removal of Koryakia’s then head, Vladimir Loginov, noted the reason as “the disruption of fuel delivery to settlements in the Penzhinsky and Olyutorsky districts, […] which led to massive violations of the rights and freedoms of citizens living in them.” This decree actually speaks to a “loss of confidence,” as well as the “inadequate performance of duties.”

Neither Putin, nor Medvedev explained the reasoning behind their personnel decisions ever again. That said, as a rule, criminal cases were typically opened against the heads of regions for corruption or similar abuses prior to their dismissals. In this regard, Furgal’s dismissal after being charged with organizing contract killings is an exception.

Can Furgal challenge the president’s decision via the courts?

Theoretically, yes. Mikhail Ignatiev, the former head of Chuvashia who Putin dismissed due to “loss of confidence” at the end of January 2020, challenged the presidential decree at the Supreme Court. What exact content of the lawsuit remains unknown, but Ignatiev’s former spokesman, Mikhail Vansyatsky, suggested that the former governor objected to the wording “loss of confidence,” since it implies suspicions of corruption, which had not been raised. Ignatiev died of the coronavirus on June 18, and a few weeks later the Supreme Court dropped the case due to his death.

Read more about the lawsuit against Putin

Furgal could also file a lawsuit against the president. Some lawyers maintain that the current procedure for removing regional leaders immediately contradicts several fundamental legal principles. The president’s opinion turns out to be more important than the will of the voters. The federal center directly intervenes in regional affairs without clearly defined grounds, and moreover, one person is responsible for the intervention, ignoring the opinion of the legislative and executive branches of the government. Finally, the presumption of innocence is ignored: the governor is punished with dismissal even before a court has established his or her guilt.

But if a governor is accused of a serious crime, isn’t it logical that they be removed from power?

It’s difficult to say. In most of the world’s federal states, the central authorities don’t have the right to arbitrarily dismiss elected regional leaders. Instead, there are local parliaments empowered to do this. Legislative assemblies also have this right in Russia, but only in response to particular circumstances:

In all of these cases, two-thirds of the deputies must vote in favor of the governor’s dismissal.

As it turns out, the law provides for a procedure that, on the one hand, allows for a governor suspected of a serious crime to be removed from power, but on the other hand, doesn’t come off as a kind of punishment for something that has yet to be proven. On the recommendation of the Attorney General, the president can temporarily remove a regional head from power for the duration of an investigation. But Putin has only taken advantage of this option on one occasion: in 2006, he temporarily suspended the head of the Nenets Autonomous Okrug, Alexander Barinov. The president dismissed him due to “loss of confidence” not long after.