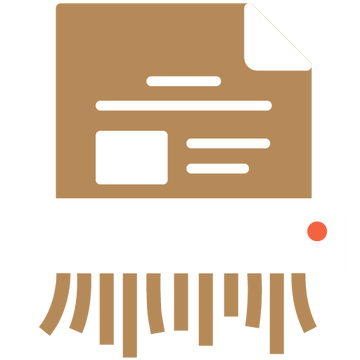 Scholars have learned about the existence of a confidential interdepartmental memo ordering the destruction of all registration cards issued to convicts in the Soviet prison system who were 80 years old by February 2014. A researcher named Sergey Prudovsky first drew attention to this secret order on May 10. On June 8, the newspaper Kommersant reported that the director of Russia’s Gulag History Museum has also raised the issue in a letter to Mikhail Fedotov, the head of Russia’s Presidential Human Rights Council.

What are these “cards”?

When people were sent to the Gulag, the prison system opened a personal case file on each inmate — a folder containing the state’s information about that individual. Prisoners were also assigned registration cards that listed their basic information: full name, year of birth, ethnicity, profession, conviction, sentence, and so on. If an inmate escaped from prison or was maimed or died while incarcerated, his case file was archived permanently, like cases involving imprisoned foreign citizens. In the mid-1950s, the Soviet authorities ordered the destruction of all files on anyone who survived and left the Gulag. (These case files had not been transferred to permanent storage.) Despite the policy, some of the records survived.

Unlike case files, prisoners’ registration cards were archived and in 1959 they were transferred to the Interior Ministry. In his book, “General Ivan Serov: First Chairman of the KGB,” the historian Nikita Petrov says the USSR’s judicial and extrajudicial authorities had issued roughly 26 million registration cards to convicts by November 1953. (A single prisoner could have multiple registration cards.)

These cards were issued to both Gulag prisoners, and to people who were forcibly resettled, such as “dekulakized” peasants and deported peoples.

Here’s a registration card from Memorial’s Krasnodar office that belonged to microbiologist Alexey Orlov. You can see for yourself how much valuable information was stored in these records:

How much could the destruction of these records hurt researchers?

Enormously. The loss of these documents not only jeopardizes the work of professional historians, but it also makes it more difficult for ordinary people to find out what happened to their relatives during the Soviet repressions. These registration cards are often the only record of important information about prisoners, and they also catalog what happened to people exiled or caught up in the USSR’s “dekulakization” and mass deportations. They are a vital source of information about convicts whose “crimes” prevented them from being rehabilitated.

For example, the 1932 “Law of Spikelets” imposed either capital punishment or up to 10 years in prison for stealing food from state farms (even a handful of grain), charging offenders with the theft of “socialist property.” Shredding the registration cards would rob us of information needed to clear the names of those who were wrongfully convicted and make rehabilitating these people far harder.

Why would federal officials order the destruction of these records?

We don’t know. The 2014 government order is classified as “for official use,” making the text unavailable to the public. In 2014, according to the newspaper Kommersant, a Moscow woman named Nina Trushina tried to force the state to publish the order to destroy Soviet registration cards, but the judicial system ruled against her: Russia’s Supreme Court determined that the order contains “sensitive information” that could be considered confidential, even if it concerns human rights.

So have all the cards been destroyed?

We don’t know. So far, there have been two cases (both in the Magadan region) where researchers (Prudovsky and Trushina) requested access to registration card archives and were told that the records had been destroyed. It’s possible that officials in most regions have not shredded their archives. Interior Ministry branches in the Tyumen and Kurgan regions, for instance, told Meduza that they’d never heard of the 2014 order, and said they aren’t destroying their registration card records because these documents are in permanent storage.

Representatives for the Vologda region’s Interior Ministry said: “We permanently store everything concerning rehabilitation: case files and registration cards, because cases could have been destroyed in 1956, and the storage timelines would be slightly different, so now they’ve all been given permanent status.” Officials in Vologda say their work is guided by Interior Ministry Order Number 655, issued on May 30, 2012, which designates how long different kinds of documents are supposed to be archived. (This 2012 order also hasn’t been released to the public.)

Sergey Prudovsky told Meduza that the Interior Ministry’s Karelian branch granted him access in 2015 and 2016 to multiple archival records based on registration cards, meaning that these documents obviously still existed there at this time. Prudovsky suspects that ministry officials in Magadan may simply be misinterpreting the 2014 order. He isn’t alone; Alexander Makeyev, who works at the Gulag History Museum’s Documentation Center, offered the same explanation in an interview with the news agency Interfax.

Did the Soviet authorities destroy archival documents about political repressions to hide the truth?

Yes, that happened. In an article titled “The KGB Archives: A Year After the Coup” in the edited volume “Modern Russia: A View From Within,” the historians Arseny Roginsky and Nikita Okhotin mention several such campaigns, including orders in the Khrushchev era to destroy documents that “defamed honest Soviet citizens.” Roginsky and Okhotin also point out that scientifically valuable documents were destroyed throughout the Soviet period, but this was due more to “routine clerical shredding” than any particular “maliciousness.”

Despite the losses Russian archives may have sustained from the mysterious government order in 2014, the country still stores a great number of documents about the Soviet repressions. Unfortunately, researchers often find it extremely difficult to gain access to these records.

Evgeny Berg contributed to this report