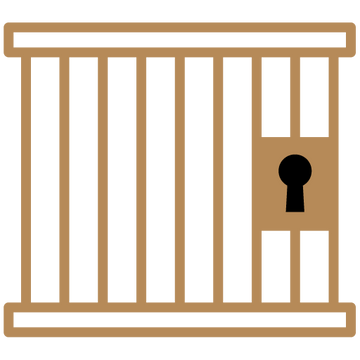 Alexey Navalny was put on trial inside a police station. How is that possible?

A Khimki City Court judge remanded Russian opposition figure Alexey Navalny in custody for 30 days (until February 15, 2021). Notably, the hearing took place in an unusual format — rather than bringing Navalny before a judge in a courtroom, the judge came to him and conducted the hearing at the local police station where he was taken into custody upon his return to Moscow from Germany.

A spokesperson for the Khimki City Court said that this change was meant to allow journalists to report on the hearing, since they wouldn’t have been allowed into an actual courtroom due coronavirus-related restrictions. Police officials, on the other hand, claimed that they had the hearing at the station because Navalny couldn’t provide “current test results” proving that he doesn’t have COVID-19.

That said, other Russian courts have been allowing journalists in to cover other trials. In the end, only reporters from the state television channel Rossiya 24 and the pro-Kremlin outlet Life were allowed to attend Navalny’s hearing.

Is a hearing in a police station legal?

On the other hand, the Criminal Procedure Code doesn’t explicitly forbid this either. On Facebook, journalist Pyotr Favorov explained that in Russian law, the court as an institution doesn’t refer “to a specific architectural structure.” Though the rules of territorial jurisdiction have to be observed, these only specify that the case must be considered by a judge working in a district court, whose mandate includes the territory where the defendant was detained. It doesn’t say anything about where the hearing ought to take place.

The federal constitutional law “On courts of general jurisdiction in the Russian Federation” provides an additional indication that there’s no legal obstacles to conducting hearings outside of courtrooms, since it allows courts at various levels to hold sessions “in other localities.”

So everything was done by the book?

That’s unlikely. But it’s not really about the police station itself.

Navalny was arrested at the request of the Federal Penitentiary Service (FSIN) on the grounds that he violated his probation — this was then extended by the court to keep him in custody for 30 days. Both of these actions are controversial and possibly illegal.

Russia’s Penal Enforcement Code (which regulates how criminal punishments are carried out) doesn’t allow for a person who’s on probation to be detained according to a decision from the FSIN. And the Criminal Procedure Code doesn’t include people with suspended sentences among those whose detention can be extended for up to 30 days through a court ruling.

Moreover, legal norms shouldn’t be ignored just because a hearing is happening outside of a courthouse. This is a fundamental point: the review process for choosing to remand someone in custody has to comply with the Criminal Procedure Code — no matter the type of building where the hearing is taking place. In particular, the lawyers should have been given the opportunity to familiarize themselves with the case materials in advance and prepare a defense strategy.

This wasn’t the case: Navalny’s attorneys were notified of the hearing moments before it began. In other words, the opposition figure and his defense team didn’t have a chance to even look at the case materials.

There aren’t any separate statistics on the number of mobile hearings held in Russia, so it’s hard to say how often this occurs. However, there is a precedent for this practice.

In 2019, a student from Ural State Law University by the name of Andrey Grigoriev published a study on mobile court sessions for choosing measures of restraint in criminal cases. Most of the examples he cited were cases where defendants couldn’t (or pretended to be unable) to attend in-person hearings for health reasons.

Both Grigoriev and journalist Pyotr Favorov underscored that the procedure for conducting mobile hearings is still regulated by a resolution that was adopted by the plenum of the Russian Soviet Republic’s Supreme Court back in 1967. It specifically mentions the possibility of holding mobile court sessions.

A decree from the Soviet era? What year are we living in?!

Oddly enough, this document is still valid. In 1993, Russia’s Supreme Court removed any mention of the Russian Soviet Republic (RSFSR) from the document — thereby turning it into a regular decree from the country’s top court. It was later (and most recently) amended in 2007, but the paragraphs mentioning mobile courts were left in place.

Fine, what does the resolution say about mobile courts?

This is the most interesting thing. According to the Russian Supreme Court’s decree, mobile court hearings should be held, first and foremost, “for educational purposes.” Or at least that’s the conclusion researcher Andrey Grigoriev reached.

The 1967 decree offers some specific criticisms of mobile courts:

Heads and judges of higher courts rarely attend court hearings when in the field and do not always provide judges with the necessary assistance in ensuring the high educational role of the litigation; good practices are not studied and disseminated sufficiently.

The decree then goes on to reproach judges for bringing “impractical” cases to mobile courts, having failed to take into account the “social significance and relevance of a given case, the nature of the civil dispute or crime committed, the identity of the plaintiff [or] the defendant, and other important circumstances.”

In turn, the Russian Soviet Republic’s Supreme Court recommended that courts “increase the educational impact” of mobile hearings, noting that “such hearings require carefully prepared, correctly selected cases being brought before the court…and resolving them in strict accordance with the law.”

The decree also advises the heads and judges of higher courts to “attend mobile hearings more often,” pay more attention to the “judicial culture,” monitor compliance with the norms of procedural legislation and the drafting of procedural documents, and provide judges with necessary assistance.

Formally, the aforementioned points remain in place to this day.

If the resolution calls for ‘careful preparation,’ why was Navalny’s hearing rushed?

The call for “careful preparation” is just a recommendation from the Supreme Court and according to researchers it’s not legally binding in practice. As such, the fact that Navalny’s hearing took place at a police station doesn’t look like a formal violation, although theoretically the Supreme Court might not like it. That said, everything that preceded this hearing — and took place during it — looks far less legal.

Text by Denis Dmitriev and Valeriya Vetoshkina (lawyer for Team 29)

Translated and abridged by Eilish Hart