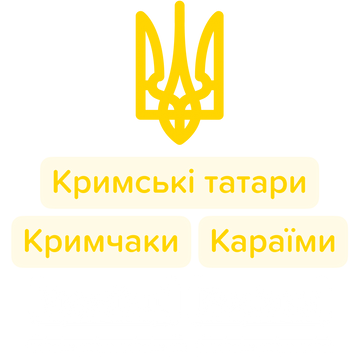 Why Ukraine’s legislation on ‘indigenous peoples’ doesn’t include Russians

On July 1, the Ukrainian parliament adopted a bill “On the Indigenous Peoples of Ukraine,” which was put forward by President Volodymyr Zelensky. The Russian leadership responded negatively to the legislation. President Vladimir Putin brought it up repeatedly and even compared it to the “theory and practice of Nazi Germany.”

Moscow took issue with the fact that Russians weren’t included in the official list of Ukraine’s indigenous peoples. Putin accused Kyiv of pursuing a policy of segregation and dividing the inhabitants of Ukraine into different “sorts.” “It boggles the mind: Russian people have lived here from time immemorial and now they are declared non-indigenous,” Putin said during his annual call-in show on June 30. “In its consequences, this is comparable to the use of some kind of weapon of mass destruction, this is a serious matter.”

That’s correct. And, for the record, Ukrainians aren’t either.

The new law is aimed at protecting the interests of autochthonous ethnic groups that have formed on the territory of Ukraine (within its 1991 borders) and don’t have their own state formation outside of the Ukrainian state.

These communities are listed in the law’s second article, which names three indigenous peoples living on the territory of the Crimean Peninsula: Crimean Tatars, Krymchaks (a Turkic-speaking, ethno-religious community that professes Judaism), and Karaites (another Turkic-speaking group that follows Karaite Judaism). In all likelihood, this section was particularly irritating to the Kremlin, which, as you may recall, annexed Crimea from Ukraine in 2014.

How does the law affect the rights of indigenous peoples in Ukraine?

The new law guarantees indigenous peoples the right to education in their native language, protection of their historic heritage, the establishment of their own media outlets, and the creation of representative bodies to defend their interests. Among other things, these bodies will be able to send their own representatives to international negotiations as part of Ukrainian delegations and directly participate in the work of various conferences and organizations.

Will this somehow affect the lives of indigenous peoples living in Russian-controlled Crimea?

That said, the law gives certain preferences to the Mejlis of the Crimean Tatar People — the executive-representative body of the Crimean Tatars. Russia outlawed the Mejlis in 2016 and listed it as an “extremist organization.” Most of its activists live on “mainland” Ukraine (i.e., not on the Russian-controlled Crimean Peninsula) and as a representative body for indigenous people, the Mejlis can apply for funding from the Ukrainian government.

“This law has tremendously strengthened hopes and raised the spirits of not only Crimean Tatars, but of all those who are awaiting the restoration of Ukraine’s sovereignty over Crimea,” said Mejlis Chairman Refat Chubarov.

The Krymchaks and Karaites, whose populations number just a few thousand people around the world, don’t have such influential representative organizations.

Why was this law needed?

One of its goals was to eliminate a gap in Ukrainian legislation. Article 11 of Ukraine’s constitution stipulates the protection of the rights of indigenous peoples, but who these peoples are isn’t mentioned anywhere.

At the same time, Zelensky’s office has made no secret of the fact that the legislation is also part of his state policy on the de-occupation of Crimea and a means of putting pressure on Russia. There was a push to pass the law before the international Crimean Platform summit, which is timed to coincide with the 30th anniversary of Ukraine’s independence this August. Zelensky came up with the summit to draw world leaders’ attention to the situation surrounding Crimea, including human rights violations on the peninsula.

Kyiv maintains that Crimea’s indigenous peoples face discrimination and persecution at the hands of the Russian authorities. After the Ukrainian delegation drew attention to the state of human rights on the peninsula this spring, the Parliamentary Assembly of the Council of Europe (PACE) adopted a resolution condemning the “grave violations of human rights” that have been committed against Crimean Tatars. PACE called on Moscow to cease applying Russian law in Crimea and instead, in conformity with international law, use Ukrainian legislation on the peninsula.

Does this law affect the status of Russians living in Ukraine?

The rights of Russians (as well as, for example, Hungarians, Romanians, Poles, Greeks, others) fall under another piece of legislation — the 1992 law on the rights of national minorities.

What’s the difference between ‘national minorities’ and ‘indigenous peoples’?

In terms of the legislation, the main difference is that the law on indigenous peoples promises them the creation of representative bodies meant to defend their interests. The state also takes responsibility for financing the work of these institutions. There are no such bodies for national minorities in Ukraine.

That said, both national minorities and indigenous peoples have the right to education in their native language, to the protection of their historic heritage, as well as to their own media. But, again, the state promises indigenous media outlets help with funding. The law on national minorities only stipulates that the state allocate money for their “development,” without any specifications.

Does this mean Russians have fewer rights than Crimean Tatars or other indigenous peoples?

The law cites the United Nations Declaration on the Rights of Indigenous Peoples, which explicitly states that the elected representatives of these peoples “have the right to participate in decision-making in matters which would affect their rights.” In turn, the UN declaration on the rights of minorities (inclusive of ethnic minorities) stipulates that persons belonging to minorities only have the right to establish their own associations.

The fact that international documents pay closer attention to the problems facing indigenous peoples can be attributed to the fact that many of these communities are small in number and on the verge of disappearing (Russia has a similar law, passed in 1999, on the “rights of indigenous and small-numbered peoples”). By comparison, national minorities can be large enough to actively influence public policy. This applies to Russians in Ukraine. Notably, Russia, unlike Ukraine, doesn’t have a special law on the rights of national minorities (though it is a federation and many ethnic groups are “titular” in different regions).

Nevertheless, the pro-Russian Opposition Platform — For Life party (which holds 44 seats in the Ukrainian parliament, making it second only to the ruling party’s 244-seat majority) insists that with this new legislation, the government is singling out privileged “indigenous peoples” and intensifying the “oppression” of Russian-speaking Ukrainians. Its entire parliamentary faction refused to vote on the law.

What ‘oppression’ are they talking about?

Under President Zelensky, Ukrainian lawmakers adopted a controversial law stipulating that education in the language of national minorities only be available in elementary schools and in private educational institutions. The education law drew criticism from EU countries, as well as from the Venice Commission, a legal advisory body to the Council of Europe. Following backlash from Ukraine’s influential Hungarian and Bulgarian diasporas, Kyiv agreed that in schools that teach in EU languages, the share of lessons taught in Ukrainian will reach 60 percent only in the senior grades. A different model applies to languages “related to Ukrainian” (primarily Russian) — elementary schools can teach in the minority language (alongside the study of Ukrainian), but as of the fifth grade, at least 80 percent of class time must be taught in Ukrainian.

Considering how widespread the Russian language is in Ukraine, this policy can be considered discriminatory. But the ongoing confrontation with Russia makes any concessions on the language issue very unlikely — the risk of being accused of betraying Ukraine’s national interests is just too great. However, there’s no consensus on the Russian language, even within Zelensky’s team — for example, Parliamentary Speaker Dmytro Razumkov has advocated for easing the state language policy for the sake of uniting the country.

Is it just pro-Russian politicians who object to the law on indigenous peoples?

No. The law lists only three peoples, all of whom live in Crimea, and representatives of the Gagauz, a Turkic people living in southwestern Ukraine, were unhappy with the fact that they were left off the list even though their ethno-cultural community meets the requirements of the law. The formation of the Gagauz people is linked to Ukrainian territory and they don’t have their own state formation (only an autonomous region in neighboring Moldova).

Who supported the law?

Zelensky’s ruling Servant of the People party voted in favor of the bill, as did the European Solidarity party and the liberal Holos (Voice) party, where the Crimean Tatar lobby has strong representation. Such alliances have been a rare occurrence in recent years.

This is a success for Zelensky in and of itself. Lacking any real levers for returning Crimea to Ukraine, he’s at least trying to expand his circle of allies both inside and outside of the country: Western public opinion is traditionally susceptible to ethnic issues. Therefore, this aspect of the Crimean crisis could bring international attention back to the peninsula. Zelensky’s persistence in promoting the law shows the Crimea is a priority for him.

The fact that Putin made several attempts to cast this as a law against Russians in Ukraine could indicate that he misunderstood some aspect of the legislation. Or perhaps it shows that he understood everything and is annoyed that Zelensky is raising the topic of Crimea once again. If that’s the case, the Ukrainian president has achieved the additional goal of making Moscow nervous, at least.