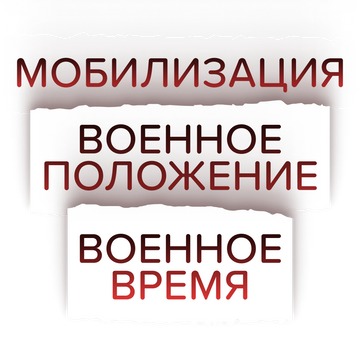 A new Russian law suggests the country is preparing for mobilization. Here's what it says.

On September 20, Russia’s State Duma unanimously passed a bill that would amend the country’s Criminal Code. The legislation adds new articles establishing penalties for “crimes against military service” if they are committed during mobilization, during wartime, or under martial law.

What are ‘crimes against military service?’

And the penalties for them are going to get harsher?

Yes — if the crimes are committed:

All of the above will now be considered “aggravating circumstances.” In the last two scenarios listed above, the new, harsher rules can be applied even in the absence of a declaration of war or mobilization (for example, during a “special military operation”).

How much more severe will the penalties be?

The prison sentences for “crimes against military service” committed in the circumstances listed above will be significantly higher than for the same crimes committed during peacetime.

The harsher penalties won’t apply to certain crimes like “hazing,” insulting a fellow soldier, or abandoning a sinking warship.

Is it now a crime not to show up to military training?

Not quite. According to a lawyer from the Coalition of Russian Human Rights Defenders for Conscientious Objection to Military Service, members of the reserve forces in civilian areas can’t be criminally prosecuted.

This law doesn’t apply to conscripts or to people in the reserves. There are already multiple incorrect reports on the Internet of people being sentenced to as many as 10 years in prison for not showing up at military training. That’s not accurate information. Article 337 of the Criminal Code [...] cannot be applied to people in civilian areas. It only applies to people who have already been conferred military rank and been deployed as a reserve fighter or a conscript.

What new articles were added to the Criminal Code?

So looters weren’t being punished before?

They were, but they didn’t have an article in the Criminal Code. In the Soviet era, looting was considered a war crime and was punishable by anything from three to 10 years in prison — or even the death penalty. In modern Russia, looting has traditionally been prosecuted under other articles of the Criminal Code, such as the article on theft.

What will the new punishment be?

A prison sentence ranging between two years (in the absence of “aggravating circumstances”) to 15 years (for organized groups, and only in the event that death threats are made)

What about ‘voluntary surrender?’

It’s difficult to say for sure — the amendments don’t go into detail what constitutes this crime. They do, however, specify that this article is referring only to cases that don’t involve treason. An analogous article from the Soviet-era Criminal Code described the crime as “voluntary surrender due to cowardice.”

How will prisoners of wars be punished?

A soldier prosecuted for “voluntary surrender” will face between three and 15 years in prison. He can be absolved, however, if he “took measures to free himself, returned to his base, and didn’t commit other crimes during his captivity.”

What are the new ‘economic crimes’ and ‘crimes against state power?’

Have these amendments already come into effect?

Not yet, but it appears that they will soon. The new law will have to be approved by the Federation Council, then signed by the president.