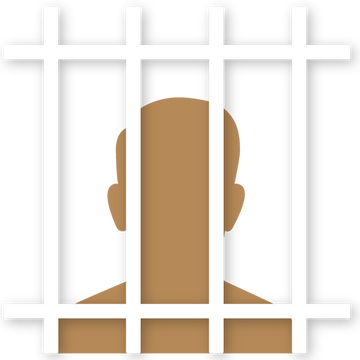 Russia is about to pass a law that will impose criminal penalties on anybody who observes or promotes Western sanctions. The legislation has won the endorsement of the speakers of both houses of parliament, the State Duma’s first deputy speakers, the heads of all political parties with seats in the Duma, the federal government, and Russia’s Supreme Court.

What is this addition to Russia’s Criminal Code?

There are two parts to this legislation. The first applies to those who enforce Western sanctions by refusing to do business with designated Russian citizens or their companies. The draft law expressly forbids people from refusing to execute “ordinary business transactions” because of foreign sanctions.

What are “ordinary business transactions”?

The bill’s authors have an extremely broad concept of “ordinary business transactions.” For example, there are commercial enterprises that are required to offer their services to any potential clients that agree to their standard form contract. For example, according to the new legislation, if a company’s standard form contract says it will create bank accounts for clients and help them make and receive payments, the enterprise would not be permitted to break this agreement without a special permit. The legislation describes such agreements and transactions as “ordinary business.”

Can you describe a more specific example?

Sure. Let’s say one of Viktor Vekselberg’s businesses now targeted by U.S. sanctions wanted to open an account at a Russian bank. If the bank refuses (either outright or only in part), and if Vekselberg’s lawyers have any grounds to suspect that the rejection was based on foreign sanctions, then criminal liability kicks in.

So the law will only apply to Russian citizens and Russian organizations?

We don’t know. The current draft of the legislation doesn’t mention such limits, leaving open the possibility that Russian law enforcement could bring criminal charges against any foreigners or foreign organizations that harm Russia’s national interests or the interests of Russian citizens.

What’s the punishment for breaking this law?

There are two options here:

Who exactly would be held responsible? The heads of the companies?

That’s still unclear, as the legislation doesn’t say. Law enforcement could hold executives responsible, or the police could decide to prosecute whatever employee acted in any particular case. Andrey Isayev, one of the deputies who co-authored the bill, says lawmakers might also introduce fines on legal entities that observe foreign sanctions, which would require a separate amendment to Russia’s Code of Administrative Offenses.

So that’s the first part of this legislation, but what about the other half?

The legislation also bans Russian citizens (specifically Russian citizens!) from taking any deliberate action that might promote new foreign sanctions against Russian citizens or any organizations under their control. The draft law says this would apply to “providing recommendations and sharing information.”

Can you offer an example?

Yes. In a 2015 interview with The Financial Times, anti-corruption activist Alexey Navalny said he could name about 1,000 prominent Russians who should be banned from traveling to the West, including Rosneft CEO Igor Sechin, Gazprom chairman Alexey Miller, then Russian Railways president Vladimir Yakunin, the banker Yuri Kovalchuk, and the oil trader Gennady Timchenko. Western countries later sanctioned these individuals, though it’s not known how much Navalny’s comments influenced this.

When the new legislation is passed, it’s entirely possible that Navalny could face criminal liability for such remarks.

Another example: Also in 2015, the opposition politicians Mikhail Kasyanov and Vladimir Kara-Murza addressed the U.S. Congress, calling for an expansion of the Magnitsky List to include the Russian journalists and television executives who participated in what they called an information campaign against the late Boris Nemtsov.

What happens if you break this part of the law?

It’s basically the same as above, except the fines and the penalties are slightly lighter: 500,000 rubles ($8,100) or up to three years of community service or incarceration.

Who’s supposed to enforce all this? The Investigative Committee? The Federal Security Service? The Interior Ministry?

We don’t know. In their recommendations, the government and the Supreme Court raised this same question, which lawmakers will likely clarify in the second reading of the legislation.

How do state officials explain this legislation’s sudden necessity?

The bill’s explanatory note mentions Russian national security and the rights and freedoms of Russian citizens, and also states that the law is needed before the government can enact different legislation authorizing the president to ban the import of various foreign medicines as a “counter-sanction.”

For more on this

How soon is the State Duma expected to pass this legislation?

Speaker Vyacheslav Volodin says he wants it passed by the end of the month.