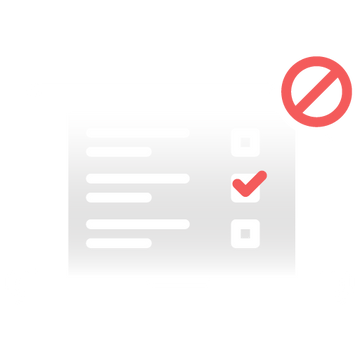 The Russian authorities blocked dozens of sites linked to Alexey Navalny. So why is the ‘Smart Vote’ website still up?

Russia’s federal censor (Roskomnadzor) has blocked the websites of nearly every project linked to jailed opposition politician Alexey Navalny and his associates. The blocklist includes everything from Navalny’s main website, navalny.com, and the websites for his Anti-Corruption Foundation (the FBK) and national political network, to RosYama (a service for filing complaints about potholes) and the personal websites of opposition politicians like Lyubov Sobol.

At this point, it appears that the only Navalny-linked site the Russian authorities haven’t blocked is “Smart Vote” — the website for a strategic voting initiative run by Team Navalny, which helps consolidate opposition votes in single-mandate constituencies behind the candidate who is most likely to defeat the government-approved nominee from the ruling United Russia party.

Is it possible that the Russian authorities can’t block the ‘Smart Vote’ website?

It’s hard to say. In all likelihood, they could block access to it for a large number of users. Roskomnadzor already blocked the Smart Vote website back in December 2018. At the time, it used the web address 2019.vote. After that, Team Navalny moved the website to the domain appspot.com, which is owned by Google. Among other things, this was meant to make it more difficult to block, since any attempt to shutdown the Smart Vote website could impact Google’s services.

Has something changed since then?

Yes. As Vladislav Zdolnikov — the founder of Red Shield VPN and the GlobalCheck project, which monitors Russia’s Internet blocking system — explained on Telegram, the authorities have learned how to effectively block sites on appspot.com. This is thanks to specialized hardware for deep packet inspection (DPI), installed by both the government and telecom operators themselves. According to Zdolnikov’s calculations, the Russian authorities could effectively block access to the Smart Vote website for approximately 80 percent of Russian Internet users — without disrupting Google services.

At the same time, Roskomnadzor is attempting to convince Google to halt technical support for the Smart Vote website (the censorship agency’s lobbying has been unsuccessful so far).

Are the authorities going to block ‘Smart Vote’ before the fall elections?

In anticipation of the Smart vote website getting blocked, Team Navalny is urging their supporters to download their specialized mobile apps for iPhone and Android devices. And to register their email addresses on the Smart Vote website. This way, Navalny’s team will be able to send their supporters information about Smart Vote candidates in their constituencies, regardless of whether or not the initiative’s website is blocked.

It’s difficult to say. A database of email addresses registered with the “Free Navalny!” website leaked online in April 2021 and a vulnerability was recently found in Team Navalny’s IT infrastructure. One way to protect yourself is to set up a designated email address to register on the Smart Vote website. In the event of a leak, this would make it more difficult to successfully identify who the email address belongs to — especially if you use a foreign email service.