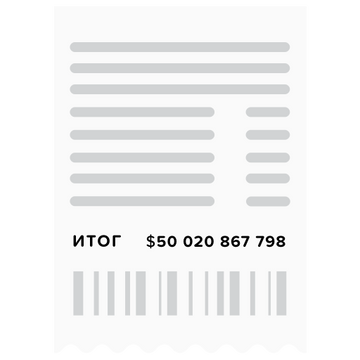 The Hague’s reinstated Yukos decision, explained Is Russia actually going to pay $50 billion to Yukos shareholders? Is Khodorkovsky getting any money out of this?

The Permanent Court of Arbitration in the Hague ruled in July of 2014 that the Russian government essentially expropriated the oil company Yukos. That decision has just been reinstated. The ruling addresses an exchange that took place in 2004, when the government sold most of the company at auction for artificially low prices after allegedly facilitating the accumulation of tax debts. The court decided that the government’s actions merited more than $50 billion in compensation to Yukos shareholders. In 2016, that payment order was overturned by the Hague District Court, but it has now been reinstated at the appellate level.

Which shareholders is Russia supposed to pay? Khodorkovsky?

It doesn’t look like it. The case against Russia was brought by Veteran Petroleum Ltd., Yukos Universal Ltd., and Hulley Enterprises Ltd. Former Yukos head and anti-Putin political figure Mikhail Khodorkovsky had sold his shares in the company by 2003; his representatives say he would not be a beneficiary of the current court case. While the Russian government claimed there were close ties between the plaintiffs in the case and Khodorkovsky, the appellate court at the Hague found those claims to be groundless.

Why did the court overturn the earlier decision in Russia’s favor?

Because it decided that the district court had erred in ruling that arbitrators did not have jurisdiction to consider the Yukos case. In 2016, the district court did not overturn the arbitration court’s ruling on the substance of the case; it only decided that the court did not have jurisdiction. In 2020, the appellate court considered both the jurisdiction question and other arguments brought forward by the Russian side (which went as far as claiming that the plaintiffs were corrupt had had disrupted public norms and the public order). The court found against all of those arguments.

Why is the case being heard in the Hague?

Because the plaintiffs based their claims on the Energy Charger Treaty, which dictates that all disputes under its grounds be decided in the Permanent Court of Arbitration. Russia has signed the charter but not ratified it, which was the reason for the 2016 jurisdiction dispute.

Does Russia even have $50 billion?

Yes, though it is a very large sum. For comparison, Russia’s gold reserves are currently valued at $562.2 billion.

At the moment, $50 billion is worth more than 3 trillion rubles, which is slightly more than a sixth of the federal budget and slightly less than the amount the Russian government plans to spend on purchasing a majority in Sberbank to free up funds for social programs requested by Vladimir Putin.

So is Russia going to pay up?

No. The Justice Ministry has already announced that it will challenge the new ruling in the Supreme Court of the Netherlands. That is the highest court capable of blocking decisions by the Permanent Court of Arbitration.

However, even if Russia does lose out in the highest court in the Netherlands, it can still try to get out of paying Yukos’s shareholders. For example, in 2017, Russia’s Constitutional Court permitted the country not to pay 1.9 billion euros in compensation to that same group. The major constitutional changes Russia will likely put in place this year will make it even easier to avoid enforcing decisions made by any international legal body so long as the Constitutional Court rules that those decisions contradict Russia’s own Constitution.

If Russia loses and refuses to pay, will the Yukos shareholders be left empty-handed?

No. They can try to get Russian assets frozen in other countries as well. However, judging by past attempts to pull off similar maneuvers, that will also be no easy task.