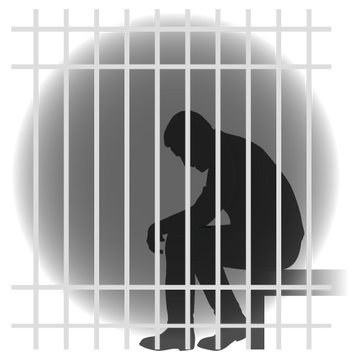 The ECHR has called for Navalny’s release. What happens if Russia refuses?

The European Court of Human Rights (ECHR) has invoked Rule 39 and called on Russia to release imprisoned opposition politician Alexey Navalny immediately. Navalny was arrested at a Moscow airport upon returning to Russia from Germany in mid-January. On February 2, a Russian court ruled that he had violated the terms of his probation in the Yves Rocher case while abroad and revoked his probation, sentencing him to 3.5 years in prison. Navalny is currently in pre-trial detention pending an appellate ruling.

Navalny’s lawyers appealed to the European Court with a petition for his release on January 20. The appeal was part of a complaint against the actions of the Russian authorities, the details of which remains unknown.

Why did the ECHR call for Navalny’s immediate release?

The ECHR believes that Navalny’s life is in danger. In its decision, the court also referred to the “overall circumstances” of his detention.

Prior to making its decision, the European Court judges asked the Russian authorities to clarify the following points:

Russia responded to these questions, and Navalny’s defense lawyers presented their counter arguments. As a result, on February 16, the European Court ruled that the “nature and extent of risk” to Navalny’s life had been demonstrated prima facie (“on the first impression”). In other words, the judges had no facts at their disposal that would indicate otherwise.

This emergency mechanism spelled out in the rules of the ECHR allows judges to take extraordinary interim measures to protect an applicant before considering their complaint. For example, the judges will often use Rule 39 to prevent countries from deporting or extraditing applicants if there’s a real threat to their life or health.

Yes. Russia joined the Council of Europe in 1996, and two years later it ratified its founding document — the European Convention on Human Rights. As such, along with other European countries, Russia pledged to comply with certain norms when writing and applying laws. The European Court of Human Rights functions in accordance with this convention. Rule 39 is spelled out in the rules of the court — failure to comply with it is considered a violation of Article 34 of the convention, which calls on signatories to cooperate with the European Court.

So does Russia have to release Navalny now?

It’s a little more complicated than that. Yes, the ECHR explicitly ordered Navalny’s “release” (presumably, from the remand prison where he is currently being held). But the court didn’t call for freeing him completely, Oleg Anishchik, a lawyer who founded a website on filing complaints with the ECHR, explained to Meduza. “Even now, after the adoption of this decision, the authorities could propose other measures that could be assessed as adequate by the ECHR,” he says. “Other conditions that could exist in some other place under some other circumstances will need to be assessed separately.”

Interim measures usually expire after a predetermined period of time (though a time period wasn’t established in Navalny’s case) or remain valid until they are annulled or replaced by the court (this can be done fairly easily, for example, if there’s some significant change to the circumstances surrounding the prisoner’s fate), or they remain valid until the ECHR judges make a decision on the applicant’s full complaint as a whole.

But will Navalny be removed from pre-trial detention?

We don’t know. The Russian Justice Ministry has already called the ECHR’s order “deliberately impracticable.” Though officially only the Constitutional Court can make such a decision in Russia.

How quickly does Russia have to make a decision?

Yuri Berestnev, the editor-in-chief of the Russian journal ECHR Bulletin, told Meduza that there is no clear deadline:

The procedure for fulfilling the interim measures the court introduces hasn’t been laid out. The court usually writes: the authorities must do this or that immediately or, conversely, refrain from such and such actions. What “immediately” means isn’t written down anywhere, and is individual to each particular case: in some places this [could mean] hours, in other places, days. In any case, it’s clear that this [doesn’t mean] months or years. But formally, a procedural period — for example within three days and no later — isn’t written down anywhere.

The Moscow City Court is set to consider Navalny’s appeal against his prison sentence on February 20. If the court rejects this application, he will be sent to prison. This would mean that the Russian authorities didn’t comply with the interim measures the ECHR prescribed. On the other hand, they could argue that the conditions of his detention have in fact changed (since Navalny will be transferred out of the remand prison) and ask the court to annul the measures.

The court could very well disagree that the risk to Navalny’s life is lower in a prison colony, but that’s another matter.

What happens if Russia refuses to release Navalny?

We don’t know the answer to this question either. In the past, Russia has permitted itself not to comply with interim measures or interpreted them in a manner that the ECHR later deemed inadequate or inconsistent with the order from their judges. Oleg Anishchik has compiled a dozen such examples. In some cases, the Russian authorities also referred to the “impracticability” of the ECHR’s demands.

A few days ago, Navalny filed a complaint over Russia’s failure to comply with the ECHR’s decision with the Council of Europe’s Committee of Ministers — it’s now set to be reviewed in March. It’s possible that the committee could take the current situation into account when making a decision. Although, according to Yuri Berestnev, only non-compliance with previous ECHR orders on Navalny’s prosecution will be under formal consideration.

In 2017, the European Court of Human Rights declared the verdicts against Alexey Navalny and his brother Oleg in the Yves Rocher case “unjust” and ordered the Russian authorities to pay them compensation. According to the Russian authorities, the Supreme Court’s review of the case was enough — as a result, Russia paid the compensation, but the Navalny brothers’ sentences were never overturned.

In addition, Navalny’s defense team maintains that the Russian authorities are ignoring a 2018 ruling from the ECHR, which recognized persecution at protest rallies as politically motivated.

What might happen after the committee reviews Navalny’s complaint?

Either a diplomatic “exchange of barbs” or Russia’s expulsion from the Council of Europe.

Reviewing complaints is a new procedure that allows the Committee of Ministers to ask the ECHR if a particular country is complying with the court’s decisions. If that country isn’t, there are some actions the committee can take. But effectively, the only real measure is expulsion from the Council of Europe, Yuri Berestnev told Meduza. “Everything else is political demarches, condemnation, and resolutions,” he explained.

This procedure has been used only once: facing the threat of expulsion from the Council of Europe, Azerbaijan put a complete stop to the persecution of oppositionist Ilgar Mamedov. So theoretically, the same pressure could lead Russia to free Navalny.

So Russia could be forced to reconsider Navalny’s prison sentence?

They could come under pressure, but the decision will still be up to the Russian authorities. Here’s how Oleg Anishchik explained it:

The ECHR isn’t an international tribunal or anything like that. Russia voluntarily submits to the ECHR’s jurisdiction. So the question of the possibility of “forcing” must be understood accordingly. The ECHR (and the entire Council of Europe as a whole) doesn’t have the resources for the execution of even its own judicial acts, which a state does have with regard to acts from national courts. Any “enforcement” is soft. Like say, enforcement of compliance with the rules of a game in which, in general, if you don’t want to, you don’t have to play. And this needs to be taken into account when discussing such issues. There’s no way to force Russia to do something. By following a particular (and not very complicated) procedure, Russia can end all of this by leaving the Council of Europe of its own accord.

How important is it for Russia to maintain its Council of Europe membership?

It’s hard to say. On the one hand, Vladimir Putin has long said that Russia can “get along” without the Council of Europe. On the other hand, when the Russian delegation lost the right to vote in the Parliamentary Assembly of the Council of Europe (PACE), Russia actively (and successfully) fought to have this right restored. According to experts, including ones close to the Russian authorities, the Council of Europe provides Russia with an additional platform for expressing its own point of view. It also allows Moscow to have its officials stationed in the center of Europe.

For Russian citizens, leaving the Council of Europe would mean losing access to the ECHR — a court that not only satisfies their complaints often, but also successfully obliges the Russian authorities to comply with its decisions. In addition, abolishing the death penalty is a prerequisite of Council of Europe membership. Russia currently has a moratorium on the death penalty, but in the event that the country leaves the council, it could be reinstated.

Text by Denis Dmitriev and Dmitry Kartsev, with additional reporting by Kristina Safonova