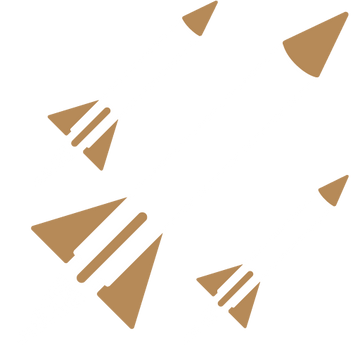 Supersonic Califraga Ballistic Expialidocious. Russia is investigating an intel leak about its fastest weapons. What are they?

Russia’s Federal Security Service is investigating the leak of classified information about the development of hypersonic weapons. Viktor Kudryavtsev — a 74-year-old scientist working at the Central Research Institute of Mechanical Engineering, also known as TsNIIMash (a subsidiary of the Russian space agency Roscosmos) — has been arrested on treason charges. Officials also searched the office of Dmitry Paison, the director of the United Space Missile Corporation’s research and analysis center, and federal agents are studying another 12 people as potential suspects. Meduza asked Vasily Sychev, who reports on military news, to explain what hypersonic weapons are and how they might change the nature of armed conflicts.

What are hypersonic weapons?

These are missiles that reach their targets at a speed of five or more times Mach 1 (767 miles per hour). The most important part of these weapons is the hypersonic ramjet engine, which allows a missile to reach hypersonic speeds while maneuvering toward its target. In Russia, hypersonic missiles are deployed on Iskander-M mobile short-range ballistic missile systems, and the military is currently field testing the Kh-47M2 Kinzhal (“Dagger”) hypersonic missile. It’s important to note that modern ballistic missiles are also incredibly fast (flying at speeds more than 10 times the speed of sound), but only when falling at their targets, which is why they aren’t called hypersonic weapons.

How fast is “hypersonic”?

It’s fast. More than 3,243 miles per hour at an altitude of 131,230 feet. At this height, it’s believed that hypersonic engines can accelerate to Mach 24 (18,414 miles per hour). The altitude is important because of air resistance: the higher you go, the less there is. For hypersonic flight, the optimal altitude is between 65,616 and 164,042 feet.

Why are hypersonic weapons scarier than traditional missiles?

It’s all about speed: the faster ammunition is flying at you, the harder it is to intercept and destroy it. Object-based missile-defense systems (which guard small objects, like military bases) are powerless against hypersonic missiles: they can track them, but the rockets fly too fast to intercept. Admittedly, existing missiles pose little threat to surface-to-air missile-defense systems like the U.S. MIM-104 “Patriot” and the Russian S-400 “Triumf,” which can intercept targets traveling at 10,750 miles per hour.

For all their speed, hypersonic missiles follow relatively primitive and predictable flight patterns, traveling according to a set trajectory, without the ability to deviate significantly over long distances. Once a hypersonic missile is detected, missile-defense systems can fairly accurately calculate the rocket’s flight trajectory and its target, making it easy to intercept.

So it turns out that hypersonic speeds make a missile “too slow”?

For now, yes, but designers are trying to fix this. For example, they’re developing more durable and heat-resistant materials that can withstand the extreme heat and colossal g-forces that occur when maneuvering at hypersonic speeds.

Has Russia been working on these weapons for a long time?

Since the mid-20th century. The research was originally fueled by the Cold War arms race. The Soviet Union created several experimental missiles with hypersonic ramjet engines within the framework of a series of projects codenamed Kholod (“Cold”).

This research continues in Russia today. The Russian Defense Ministry has hired the Tactical Missiles Corporation and Raduga Design Bureau to design a missile that can travel at Mach 6 with a range of 932 miles. The blueprints are supposed to be delivered by 2020.

Who else is developing hypersonic missiles?

The United States, Great Britain, China, India, and Australia. All these countries are working on “smart” missiles with hypersonic ramjet engines. The U.S. and China are also developing hypersonic gliders.

It will speed things up, as missiles fly ever faster. The United States, for example, wants to make hypersonic missiles part of its Prompt Global Strike system, which would allow Washington to attack anywhere in the world within one hour, using a precision-guided convention weapon airstrike. Russia is developing a similar strategy.