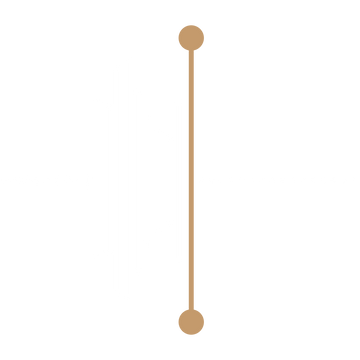 On May 26, the Russian State Duma adopted a law prohibiting lawyers from bringing recording devices onto the grounds of correctional facilities. In the explanatory note, the lawmakers claim that they’re “improving” regulations for those prisoners who appealed or want to appeal to the European Court of Human Rights (ECHR), but in actual fact the legislation applies to everyone.

Up until to 2017, the rules governing correctional facilities allowed prison staff to take devices from lawyers when they came to visit their clients. But that year the Russian Supreme Court ruled against the prison authorities and declared such regulations illegal. Now, these rules will not only be put back in place, but also enshrined in law. The legislation has also drawn criticism from the Federal Bar Association.

How is that possible if the Supreme Court opposed it?

In 2017, the Supreme Court judges ruled that the Penal Code “does not establish prohibitions on bringing communication technologies onto the grounds of a correctional institution.” By passing this legislation, Russian lawmakers have simply “corrected” the Penal Code.

What exactly is banned?

The legislation literally states that it’s prohibited “to bring communication technologies onto the grounds of a correctional institution, as well as technical means (devices) that enable filming, audio, and video recording.” The only devices that are permitted are “copying equipment and photographic equipment only for making copies of materials from the convict’s personal file.” In other words, lawyers who come to visit their clients in prison won’t even be able to take their cell phones onto the grounds of the facility.

How did the lawmakers justify this?

In a very odd manner.

The explanatory note to the draft law says that the restrictions are being introduced “to prevent lawyers and other persons entitled to provide legal assistance from bringing communications technologies, as well as technical means (devices) that enable filming, audio, and video recording, onto the grounds of a correctional facility.” In other words, it’s just an outright ban.

In all likelihood, the legislation may stem from the fact that some lawyers — in violation of other prohibitions — give their clients cellphones, which the prisoners then smuggle into their cells. That said, all meetings with prisoners take place under the supervision of prison officials — so the risk of something being passed to a convict “without authorization” is very low. Moreover, the legislation complicates the work of all lawyers, just to prevent a small number of them from committing violations. Not to mention the fact that it complicates things for all prisoners, as well.

How does this make things worse?

First and foremost, it makes it more difficult to document alleged torture in prisons. Taking pictures or recording footage of bodily injuries is one of the few ways to prove that these injuries were sustained all at the same time, in the event that some kind of check is initiated on the basis of a prisoner’s complaint. Now, lawyers will no longer be able to record evidence of abuse.

Wait, can’t you bring in a camera?

You can, but only to photograph materials from the case file — and only when the prisoner in question isn’t in the room. Moreover, the law implies that you’ll only be allowed to use your devices to take pictures (not videos) or make copies of documents in a specially designated area. It’s difficult to imagine that all 666 of Russia’s penal colonies will be quick to set up these designated rooms.

It’s also important to consider that all meetings between lawyers meeting with their clients in prison have limited amounts of time — and it’s much easier for a defense attorney to record a conversation with a dictaphone or on video then it is to decipher notes taken by hand. Without a recording of the meeting, there’s a higher risk of missing important details.

What happens if lawyers refuse to comply?

It’s difficult to make predictions just yet. But if a lawyer violates the new regulations, they could face repercussions — such as having complaints filed against them, which could become a pretext for disciplinary action or disbarment.

Does this apply to pre-trial detention centers?

Similar rules have long been in place at Russian pre-trial detention centers. In fact, the new regulations for correctional facilities were based on these rules. And this too certainly violates both the individual’s right to legal protection and the professional rights of lawyers.

Tune in and help Meduza!