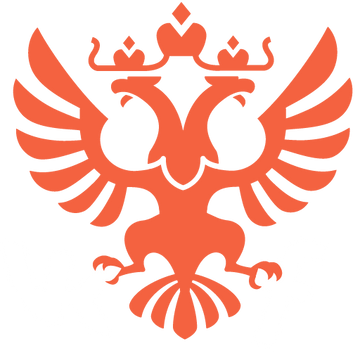 Russian lawmakers drafted a new version of their latest lousy idea to regulate social media. But just how bad is it?

Deputies in Russia’s State Duma have drafted a new version of legislation that would impose additional regulations on social networks. This is an important document.

What’s the bill about?

This is hard to summarize, but here goes nothing:

Great question! The legislation’s authors refer to the concept of “a public network,” by which they mean any online resource where users can post “electronic messages” in text, pictures, audio, and other formats, and where they can share these messages with other people. The law would only apply to “popular networks”: websites and services with at least 100,000 daily visitors in Russia. This means the new regulations could even be applied to media outlets that let readers post comments and online stores where customers can leave feedback.

I’m already using my real name for all my accounts on social media. Who cares?

First, for various reasons, lots of people prefer to remain anonymous on social media. Prohibiting online anonymity is a tricky issue. Second, it’s important to remember that Russia recently passed “anti-terrorist laws” that require “information distribution organizers” to store all user correspondence. Regulators consider social networks to be “information distribution organizers,” which means the Russian authorities wouldn’t just be collecting a lot of different data about its citizens — it would also be able to understand relatively easily who was saying what.

Can you be more specific about how social networks are supposed to delete “illegal” posts?

Yes — this is actually a pretty interesting bit. In Russia, there are already lots of ways to commit a crime by posting things online. Vkontakte users, for example, are frequently prosecuted for spreading “extremism” for sharing content that supposedly offends religious people or displays banned symbols. The authors of the new draft legislation have cooked up the following procedure:

The legislation says nothing about how users or social networks are supposed to determine what is illegal. Moreover, Russia’s “anti-extremism” laws are so vague and open to interpretation that social networks might simply delete anything flagged by users, to avoid the complications of contesting a complaint.

How is Roskomnadzor going to identify “fake news”?

Another great question! According to the legislation, this work would actually fall to Russia’s various state agencies. It’s supposed to work a little something like this:

What happens to the social networks that don’t comply?

For first-time offenses, major social networks would face fines as high as 50 million rubles ($827,500). For repeated violations, the websites would be blocked.

Could such a law actually work?

It’s unclear. At a meeting with the legislation’s supporters in the State Duma, several experts and industry figures said plainly that the draft law is wildly impractical. For example, the legislation seeks to control “foul language” on social media, though thousands of new posts are written and published every second. Unfortunately, Vice Speaker Pyotr Tolstoy’s response didn’t inspire much confidence: he said any technical issues with obeying Russia’s laws aren’t the State Duma’s problem. It’s up to the social networks to design websites that don’t break the law, Tolstoy said.

Experts also cited other examples of Russian Internet laws that have failed to work as intended. To demonstrate the problem, Irina Levova from the Internet Research Institute even offered to pull up on her browser any website that Russia supposedly blocks.

Based on the letter of the law, the Russian government long ago should have ordered all the biggest foreign social networks to register with Roskomnadzor as “information distribution organizers.” But it hasn’t, and that’s significant. Websites like Facebook, Instagram, Twitter, and YouTube still aren’t subject to many of the most draconian requirements of Russian Internet regulation. Earlier this year, when YouTube refused to delete a video uploaded by Alexey Navalny about the billionaire Oleg Deripaska, Roskomnadzor declined to exercise its authority to block YouTube. All this makes it hard to predict how a new law against “fake news” would work in practice.

But will they pass it?