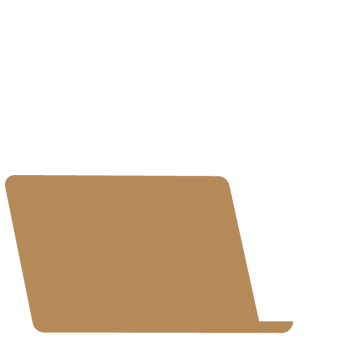 Russian employers are openly flouting Putin’s national coronavirus no-work order, and they might have some reason because it’s probably illegal

Russian President Vladimir Putin issued an order making the week beginning on March 30 a week of paid leave for most Russians. However, a number of employers have refused to let their workers go on leave during that time. Some employees are being asked to work remotely, and others are being asked to come into work as usual. The order is unprecedented and significant: It’s the strictest measure the Russian government has taken to enforce social distancing in an outbreak that some believe may still overtake the country’s health system.

So not all Russians were included in the paid leave order?

Nope, not everyone. Putin’s order listed a number of exceptions, and the Labor Ministry recently issued clarifications on who has to keep working and who doesn’t.

The following industries and systems are exempt from Putin’s order:

But everyone else will stay home, right? The president ordered a week off!

That’s the problem: Government-ordered paid leave days (or “non-working days,” as Putin’s order puts it) described under Russian labor regulations in the same way that weekends or holidays are. Even the Labor Ministry acknowledges the difference: “A non-working day is not considered a day off or a non-working celebratory holiday.” This actually means even employers who are not excused from following the paid leave order have grounds to argue that the order is invalid.

It’s hard to evaluate the legality of a paid leave order because the concept of federal paid leave days itself isn’t provided for at all in Russia’s Labor Code or anywhere else in Russian law. Yulia Ostrovskaya, the deputy director for the Center for Social and Labor Rights, told Meduza that the only document that does mention the concept of “non-working days,” or days when workers are ordered to be on paid leave by the government, is the Russian government’s current proposal to amend the Constitution. That proposal dictates that April 22, the scheduled date of the nationwide vote on the amendments, was to be a non-working day. Putin has since postponed the vote indefinitely, so the proposal itself is not yet law.

Did Putin even have the legal right to give this order?

We don’t know. That’s a very complex question. On one hand, the Labor Code gives the president the right to regulate labor relations through executive orders, but the Constitution dictates that those orders must be “mandatory for enforcement throughout the territory of the Russian Federation.”

On the other hand, when Putin explained the legal basis for his order to turn a series of working days into paid days off, he didn’t even mention the Labor Code. Mysteriously, he cited Article 80 of the Constitution, which contains not a single word about paid days off and only orders the president to follow the Constitution and federal law.

On top of that, both the Constitution and the Labor Code say the president’s orders can’t contradict federal law, and Putin’s paid leave order may well do just that.

How does the order contradict federal law?

The president has no ability to introduce a new kind of worker leave under his own power. Yulia Ostrovskaya explains that Article 107 of the Labor Code includes a complete list of the kinds of leave permissible under Russian law. There are no “non-working days” in that list. Unilaterally introducing this new kind of leave violates the Labor Code’s exclusive determination of what leave is permissible under federal law. In other words, it’s a violation of the separation of powers.

So the president’s order is illegal, and employers can just keep sending everyone to work during a pandemic?

We can’t say that for sure — any employers who do not enforce Putin’s order are acting on their own risk. Only a court could technically rule that the order is illegal. In Russia’s current reality, when courts are willing to call anything the president does constitutional, that outcome seems impossible.

They might get hit with an administrative penalty for “violating state labor protection acts” under Article 5.27.1 of the Codex of Administrative Violations. At worst, if any companies already have recent violations under that law, that would mean a fine of up to 200,000 rubles ($2,539) or a suspension of operations for up to 90 days.

But what can Russian workers do if their employers are making them clock in?

Complain. Oleg Babich, who leads the legal department of Russia’s Labor Confederation, explained that a worker can call the Labor Ministry’s hotline or write a complaint to a local prosecutor if they so choose.