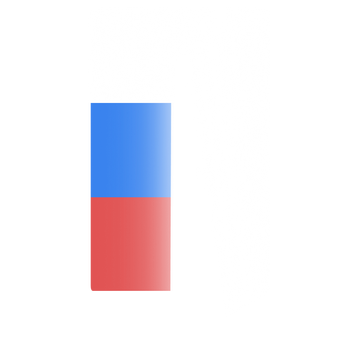 Russia’s Interior Ministry has submitted a draft of a new federal law — “On granting asylum on the territory of the Russian Federation” — for public consultation. If it is adopted, a definition of the institution of political asylum will appear in Russian law for the first time ever. The definition is as follows:

“Political asylum is granted to a foreign citizen seeking protection from persecution or a real threat of becoming a victim of persecution in the country of their citizenship (former habitual residence) for social and political activities and beliefs that do not contradict the Constitution of the Russian Federation, [or] the norms and principles of international law.”

So there’s no definition of political asylum in Russian law?

No, there is not. Political asylum is mentioned twice in the Russian Constitution. Moreover, it’s the only type of asylum mentioned therein.

According to Article 89, decisions on granting asylum are made by the president. Since the mid-1990s, this procedure has been regulated by presidential decrees.

1. The Russian Federation shall grant political asylum to foreign nationals and stateless persons in accordance with the universally recognized norms of international law.

The President of the Russian Federation shall:

a) solve issues of citizenship of the Russian Federation and of granting political asylum;

A person seeking asylum in Russia has to personally apply to the territorial bodies of the Interior Ministry. If — after consultation with the Foreign Ministry and the FSB — the petition is accepted, it is reviewed by the Presidential Commission for Citizenship Issues, and then by the head of state himself.

Those who have received political asylum are only briefly mentioned in other laws. For example, one document says that asylum recipients are subject to mandatory fingerprint registration; another says that it is prohibited to transfer them to other countries under the Convention on the Transfer of Persons with Mental Illnesses for Involuntary Treatment.

Thus, there is no functioning institution of political asylum in Russia per se.

So the process doesn’t work?

There is an asylum procedure, but it’s practically impossible to find information about even a handful of people who have received this status and protection in Russia. Each time political asylum is granted, it must be formalized through a separate presidential decree. There is only one such document that’s openly available: in 1992, then-President Boris Yeltsin granted political asylum to a North Korean national.

In theory, it’s possible that some decisions are formalized by secret or confidential decrees. These aren’t made public and, with rare exceptions, even their names are unknown.

Do people apply for political asylum in Russia?

Very rarely, but it happens. The Federal Migration Service used to publish statistics on these requests: from 2007 to 2014, only 20 people tried to obtain political asylum in Russia.

There are also several court rulings on claims filed by foreign nationals who tried to appeal decisions to deny them political asylum. The courts sided with the authorities and, in some cases, referred to the fact that the plaintiffs “in principle” could not obtain political asylum in Russia, because they “came from countries with developed and well-established democratic institutions in the field of human rights protections.” According to a previous version of the presidential decree, such people weren’t eligible for asylum in Russia.

For example, in 2012, this was the formal reason for rejecting the application of John Earl Weiss — a U.S. national who fled house arrest in Colorado and sought asylum in Russia. (At the time, the Russian Foreign Ministry compiled an annual list of countries with “developed institutions in the field of human rights protections” — it was never made public, but it was referred to in the court ruling on rejecting Weiss’s asylum case.)

However, in 2018, Russian President Vladimir Putin lifted this restriction, and now, in theory, any foreign national can obtain political asylum in Russia. (Accordingly, the Russian Foreign Ministry no longer maintains a list of countries with “developed institutions in the field of human rights protections” because this is no longer necessary.)

Does this mean more people are granted political asylum in Russia now?

No, this isn’t the case. Today, the Interior Ministry oversees Russia’s migration policy instead of the Federal Migration Service. And, generally speaking, it doesn’t release information about asylum requests. Nevertheless, Meduza managed to obtain some information. From 2019–2021, 11 people tried to obtain political asylum in Russia. But not a single petition was formally accepted for consideration.

What about Edward Snowden?

Initially, Edward Snowden was granted temporary asylum in Russia. He received a permanent residence permit in the fall of 2020 and immediately applied for Russian citizenship after that.

Will the new draft law make it easier to obtain asylum in Russia?

That’s unlikely. The procedure for granting political asylum remains the same, as do the grounds for refusal. In other words, all of these issues are still fully under the jurisdiction of Russia’s president.

What’s more, the new draft law explicitly declares information about all asylum seekers confidential. Therefore, if it is adopted, disclosing this information without written consent from the applicant will be prohibited not only for government agencies, but also for other organizations, including the media. This means it will be more difficult to determine whether or not this institution is functioning properly, and to find out how many political refugees there are in the country.

Will this draft law be adopted?

At present it’s difficult to say. So far, the document has only been posted for public consultation (it’s available on regulation.gov.ru — if you have feedback, you can leave it there). And this doesn’t even guarantee that it will be submitted to the State Duma.

Individual executive bodies — like the Interior Ministry — don’t have the right to initiate legislation independently, so the bills they develop are usually submitted to the State Duma by the Cabinet.

Are many Russian citizens granted political asylum in other countries?

We don’t have exact statistics. This is in part because the majority of Western countries don’t divide people who have received asylum for political reasons into a separate category. RTVI estimates that 45,000 Russian citizens have been granted asylum in Europe in the last 10 years.