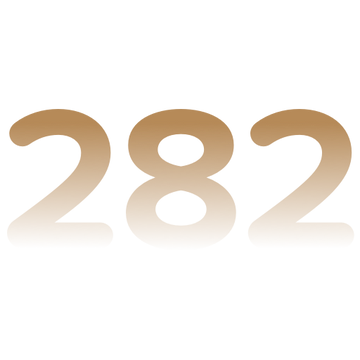 Russia has ‘decriminalized’ one of its most controversial anti-extremism charges. Here's what that means in practice.

On December 19, the State Duma adopted a law that will partially decriminalize the controversial Criminal Code Article 282, which courts have increasingly used to prosecute Internet users for “reposts.” First-time offenders will now face only misdemeanor charges, risking a 20,000-ruble ($300) fine or a 15-day jail sentence, instead of felony charges and a prison sentence. Repeated violations within a 12-month period, however, can still lead to a felony charge.

Does this change anything important?

So this is a cause for celebration?

Yes, but there are a few caveats. The old six-year statute of limitations under the Criminal Code is out the window, and now police can prosecute people for very old offenses, including Internet posts from many years ago. Law enforcement has one year to prosecute perpetrators from the moment investigators are made aware of the infraction.

So what should Russians do now when confronted by police officers pursuing an “extremism” case?

Here’s the advice of Vladimir Vasin, a lawyer for the “Agora” international human rights group:

The main thing you should do, if they come to you, is call a lawyer. In felony cases, investigators are required to provide a suspect with an attorney, but the Administrative Code imposes no such obligations. So you need to call a lawyer or consult one, and then go to the police or the prosecutor together with them, or at least be prepared.

Here’s how the misdemeanor process will work: police officers or Federal Security Service agents discover some piece of evidence (usually it’s just a screenshot of some webpage), and they take it to a prosecutor, who decides whether or not to press charges. If there’s a case, an administrative investigation begins, during which law enforcement is required to question the suspect and file a formal report. The suspect is usually contacted on the phone or summoned to a police station. Officers can also detain suspects for up to 48 hours, coming to your home and escorting you to the police station to review your case file. Russia’s Administrative Code lacks any concept of “searches”; the police are only permitted to “inspect the scene.” According to federal laws, individuals are required only to open their door for officers.

The maximum lifespan of a misdemeanor investigation is one year, and the actual time it takes to build these cases will depend mostly on the speed at which experts complete their content analysis of the case evidence. After the investigation is finished, the case is brought before a court.

But if they find two Internet posts, not just one, can they still prosecute me on felony charges, like before?

No. Criminal liability only kicks in for offenders who repeat within a 12-month period. In other words, any second “extremist” offense (any second post) could only occur after your first misdemeanor conviction.

Will the authorities now close any ongoing first-offense criminal investigations into online “extremism”?

Not necessarily. Pavel Krasheninnikov, who chairs the State Duma’s committee that reviewed the new decriminalization legislation, says police can either close their investigations (the law is retroactive) or reclassify them as misdemeanor cases.