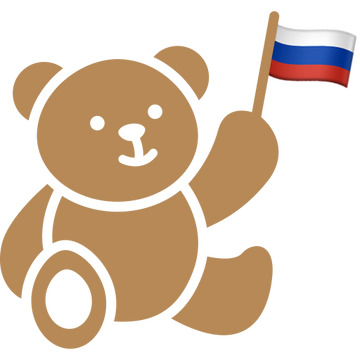 Russia has been ranked one of the world's greatest ‘soft powers.’ What's this mean?

The British PR agency “Portland” has ranked Russia one of world's strongest countries, in terms of “soft power.” Of the 30 most “soft powerful” nations, Russia placed 27th. The United States took first place.

What is “soft power”?

The term refers to a state's ability to wield influence around the world without resorting to military or economic pressure, using the appeal of its own national image. Utilizing soft power in foreign relations, states try to appear attractive abroad, spreading their own values and culture, seeking to influence others. The term itself was coined by the American political scientist Joseph Nye in 1990, who famously said, “Hard power is push; soft power is pull.”

In Russia, the term “soft power” is sometimes used to mean something different, signifying various methods of so-called “non-military pressure” brought to bear on foreign states. For example, notions about “Western forces working through human rights organizations to stage ‘color revolutions’” (a popular theory among political analysts close to the Kremlin) conform entirely to the Russian understanding of “soft power.” In Russia's official “Concept of the Foreign Policy of the Russian Federation” in 2013, the authors directly cited the threat of “the destructive and illegal use of ‘soft power’ and human-rights concepts with the aim of exerting political pressure on sovereign states.”

What about this ranking? Is it at all authoritative?

Answering this question depends on how you understand “authority.” Portland's soft-power rankings are still very new. The agency has only conducted this study once before in 2015, when Russia did not place in the top 30 most influential countries. Political scientists aren't known to cite Portland's soft-power rankings, though this is perhaps because the rankings are still relatively new. Portland's methodology for how it carries out its rankings is transparent and available to anyone interested, though the original datasets used to calculate the final results are not open to the public.

Portland is a private PR agency that has worked for various states in the past. From 2006 to 2014, notably, the firm had a contract with the Russian government to improve Moscow's image internationally. Portland has also worked for state officials in Qatar and Kazakhstan—two countries that did not land on the company's list of the top-30 most-influential countries.

How do they measure “soft power”?

Portland says it works with several dozen different criteria, including both “objective” and “subjective” measures. Roughly speaking, the former involves things you can count, and the latter involves evaluations and opinions. Objective measures Portland uses to measure soft power include the number of medals a country won at the last Olympics Games (which helped boost Russia's ranking, given that Russian athletes took home the most medals in Sochi 2014). The company's researchers also weigh the number of diplomatic missions a state sends to other countries, the number of foreign correspondents working in a country, and even the number of foreign followers a country's top officials have on Facebook.

How did Russia make it to the top 30?

It's hard to say why exactly, given that Portland doesn't publish its raw data. Portland's report notes the influence of the television network Russia Today, the role played by Russian diplomats in peace talks on Syria, and the Russian military's airstrikes against ISIL targets in Syria. The report also notes that Russia's absorption of Crimea, the armed conflict in eastern Ukraine, and various discriminatory laws (like federal legislation against so-called “gay propaganda”) have damaged perceptions of Russia around the world. According to the study, Russia's soft power is lowest according to subjective measures, indicating that survey respondents in countries around the world don't hold Russia in high regard.