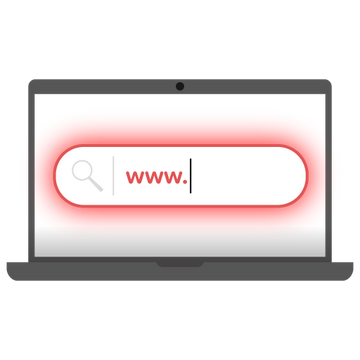 Russia has a new law aimed at increasing control over foreign tech giants. Here’s what you need to know.

At the end of this week several new orders from Russia’s federal censor (Roskomnadzor or RKN) will come into force. These orders were adopted in connection with the new law on “landing” foreign tech companies. In particular, one of these documents outlines how websites belonging to “foreign entities” that are recognized as “violators of Russian law” should be labeled on search engine results pages. Another one establishes a procedure for removing the links to these sites from search results altogether.

What’s the law on ‘landing’ foreign IT companies?

This law requires foreign companies with “large Russian Internet audiences” to open representative offices in Russia, add a feedback form to their websites (specifically, for receiving messages from Russian citizens), comply with local “requirements, prohibitions, and restrictions,” and respond to notices from Roskomnadzor.

In the press release announcing the adoption of the bill, the Russian State Duma referred to it as the “law on ‘landing’ IT giants” (zakon o “prizemlenii” IT-gigantov, in Russian). Lawmakers adopted the legislation in the summer of 2021 without much fanfare. It has essentially entered into force already.

Who is considered an ‘IT giant’ in Russia?

Contrary to the nickname given to the law, it doesn’t just target “gigantic” online platforms. A website, information system, or program that is used by more than half a million Russian citizens daily can qualify as an “IT giant.” But to fall under the new legislation, it must be owned by a “foreign entity” — that is, a foreign organization, foreign citizen, or stateless person.

In addition, the website should meet at least one of these four conditions:

RKN will come up with this list of “IT giants” and is allowed to include any foreign hosting providers, advertising systems operators, and “organizers of information distribution” (an umbrella term used by the Russian authorities that encompasses messengers, social networks, blogs, and online forums).

Roskomnadzor will maintain a list of all of these resources on the website 236-fz.rkn.gov.ru — it isn’t live yet.

How will the authorities determine the size of a platform’s Russian audience?

In many different ways. RKN can send an official request to the “foreign entity” asking for information about the size of their daily audience. Alternatively, Russian officials can reach an agreement on the addition of a user counter on a given website. Finally, there’s the most convenient option: the authorities have the right to use “publicly available information.” The law doesn’t specify exactly what this means, so Roskomnadzor can effectively use anything they want to assess the size of a platform’s audience.

What will happen if foreign tech companies ignore this law?

Roskomnadzor can use one or more of the following “enforcement measures” spelled out in the law to get foreign companies to cooperate:

What does ‘informing Russian users’ mean?

This involves a disclaimer that will accompany the results pulled up by search engines. If a user looks up a website that’s failing to meet Roskomnadzor’s requirements, they’ll see a special label that says, “The foreign entity that owns [this] information resource is a violator of the legislation of the Russian Federation.” Moreover, it isn’t even necessary for this decision to come from a court: RKN officials will be able to decide for themselves who’s in violation of the law and who isn’t.

Roskomnadzor’s employees will also decide whether to block search results for a particular website altogether or limit themselves to slapping it with a disclaimer.

All of the major ones that make money from showing ads to Russian users will — like Yandex and Google, for example. At the same time, there’s reason to believe that some search engines will ignore Roskomnadzor’s orders. For example, Google stubbornly refuses to remove search results for Alexey Navalny’s “Smart Vote” website, despite the demands of the Russian authorities.

Does this mean it’s no longer possible to place ads on these websites?

Only if they’re deemed “violators” of Russian law and Roskomnadzor explicitly prohibits placing ads there. If advertisements are published regardless, RKN will file a complaint against the advertizer with the Federal Antimonopoly Service, which, in turn, may bring the “perpetrator” up on misdemeanor charges.

And which agencies can restrict money transfers to these sites?

If Roskomnadzor decides to use this particular enforcement measure against a “violator,” the agency will add the website’s owner and their “foreign payment service provider” of choice to two additional public lists. Russian banks will be obliged to check these blacklists and refuse to make payments to anyone included on them. This means that the website could be deprived of not only its advertising revenue, but also, for example, of revenue from crowdfunding campaigns.

Yes, but not right away and not in all cases. A company that refuses to open a Russian representative office or add a feedback form to its website has one month before Roskomnadzor has the right to throttle or block its website.

If a company opens a representative office in Russia and puts up a feedback form, but fails to remove some “offending” information from its website, Roskomnadzor has the right to apply all restrictive measures — except for slowing down traffic or blocking access to the site completely.

What if the website has met all of Roskomnadzor’s requirements besides removing banned information? Can the authorities still block it?

In all likelihood they can.

Roskomnadzor isn’t the only government agency that can block websites in Russia — and no one is stopping other agencies from doing this. For example, the Attorney General’s Office can demand that any website be blocked for allegedly “inciting” “extremist activities” or “mass disturbances,” as well as for disseminating “fake news.”

In addition, the authorities can still block online resources through the courts. All it takes is a lawsuit from a “cyber prosecutor” (state prosecutors involved in monitoring the IT sector) on blocking a website with prohibited content. Russian judges satisfy these claims willingly.

The law on “landing” foreign tech companies also empowers RKN to block websites “in other cases stipulated by federal laws.”