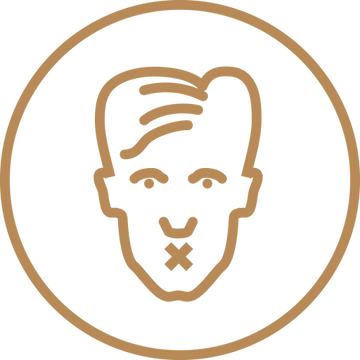 Censorship in Russia Explained Formally, there's almost no censorship of the Russian media.

The word “censorship” can be interpreted in different ways. It is often used to refer to any suppression of the freedom of speech, but, in legal terms, this is not the case. Formally, censorship in mass-media outlets is when authorities of some kind request or require publications to get their prior approval to release certain content. An outright ban, of course, also qualifies as censorship.

Is media censorship allowed in Russia?

When is media censorship allowed?

During war or a state of emergency. In such instances, the state can take full control over all media. At times of war, the government has the right to distribute information relating to defense via television channels, radio stations, and print and Internet publications. During a state of emergency that is declared when there is an attempted seizure of power, military uprising, civil unrest, acts of terrorism, or other such situations, the authorities can impose absolute pre-publication censorship. If a state of emergency is declared due to a natural or man-made disaster or an epidemic, the government is not allowed to censor journalists.

Is the Russian media censored?

There are different ways to answer this question. If you look at the statistics for prosecutions of censorship, it would seem Russia has no censorship. We found only two instances over the past several years. In 2006, the Municipal Court of Gorno-Altaysk in Siberia sentenced the former chairman of the Altay Republic's Committee on Information Policy to a suspended sentence of 10 months. The bureaucrat had requested that only good things be written about the governor and forbade writing about some deputies altogether. In 2012, the head of another region of that republic put together a special editorial board comprised of officials and deputies to check articles in a local newspaper before they were published. The regional Supreme Court cancelled the directive and reinstated the newspaper’s editor-in-chief, who had been fired after she complained about censorship. In both cases, local authorities originally founded the censored publications.

But the absence of cases on censorship doesn’t prove that it doesn’t exist. Research shows that the state’s power structures either have had or currently have stakes in the majority of Russian newspapers and this influences both editorial policy and economic independence. The same holds true with Russia’s federal television channels, where censorship can be carried out through a loyal editor-in-chief. Where this is the case, coordinating the production of certain content with state structures can be considered part of a media outlet’s “editorial policy.”

Doesn’t the government have the right to control the editorial policy of state-owned media?

No, the government does not have that right. According to the law on mass media, editorial policy is the editor-in-chief’s job. The authorities cannot interfere or request pre-approval for published content, even if the outlet is state-funded.

What if the editor-in-chief requires journalists to get approval from the authorities?

Russia’s Supreme Court decided that such cases cannot be classified as instances of censorship. Sometimes approving stories with the government can be required by the founder of the media outlet, but this is something that needs to be mentioned in the organization’s charter.

Censorship is clear. But are there “legal” ways to put pressure on the media?

A number of laws have been passed recently that restrict the dissemination of information. Examples include protecting children from harmful information (the ban on "propaganda of non-traditional sexual relations" is part of that), protecting the feelings of religious believers, and a ban on profanity. The law on mass media talks about “the unacceptability of improper use of the freedom of mass media.” Among other things, it is prohibited to publish extremist materials or anything that promotes a “cult of violence and cruelty." What exactly constitutes a “cult of violence and cruelty,” however, is not explained. Roskomnadzor, Russia’s media oversight state agency, monitors compliance with these restrictions. If a media outlet receives more than two official warnings for violating these rules within a 12-month period, the state is entitled to appeal to the courts to revoke the publication’s registration as a mass media outlet.

The vague wording of laws serves as a convenient instrument for putting pressure on the media. Broadcasters and publications meticulously avoid certain topics in fear of receiving warnings. A 2013 report (published, incidentally, on Roskomnadzor's website) states that this system of regulation is characteristic for countries where the government plays a dominant, paternalistic role. The authors of the report gave China, South Korea Singapore, Thailand, and Vietnam as examples.