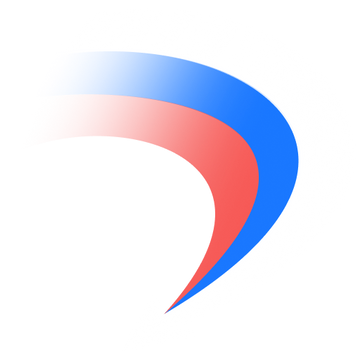 1,960 Here’s what Russia has pledged (and risked) with peacekeepers in Nagorno-Karabakh

On November 10, the leaders of Armenia, Azerbaijan, and Russia signed a joint statement announcing an end to armed hostilities in Nagorno-Karabakh, a breakaway region in Azerbaijan where a war has raged and simmered since the early 1990s. Under the agreement, Russia also pledged almost 2,000 peacekeepers on the ground in the conflict zone.

Immediately after the truce was announced, Azerbaijani President Ilham Aliyev said in a national address that Turkish peacekeepers will also play a role in the settlement. “There will be a joint peacekeeping mission by Russia and Turkey. It’s a new format,” Aliyev said in his speech.

So there will also be Turkish peacekeepers in Nagorno-Karabakh? Who will be in command?

We don’t know exactly what President Aliyev meant in his national address. The trilateral settlement announced on November 10 does not mention Turkish peacekeepers directly, though the text does describe the creation of a “peacekeeping control center” to monitor the ceasefire and “increase the effectiveness of supervision over the settlement’s implementation by the parties to the conflict.”

“The presence of Turkish soldiers in Karabakh was not agreed upon,” Kremlin spokesman Dmitry Peskov told reporters on Tuesday. “It is true that there was talk about creating a monitoring center on Azerbaijani territory to oversee the ceasefire’s conditions. This is in Azerbaijan,” Peskov said.

How big is Russia’s peacekeeping contingent?

A peacekeeping contingent of the Russian Federation numbering 1,960 soldiers with small arms, 90 armored personnel carriers, and 380 vehicles and other special equipment will be deployed along the contact line in Nagorno-Karabakh and along the Lachin Corridor.

Are these soldiers specially trained or something?

Yes, this brigade comprises only contract servicemen (no conscripts) and was formed in accordance with a presidential order issued in 2004 for precisely this kind of deployment. By design, the brigade’s officers would be sent abroad for “training and conducting peacekeeping operations.” Under the brigade’s special status as a peacekeeping force, it would not be equipped with any heavy weapons, such as tanks or artillery.

Does this brigade have any peacekeeping experience?

Yes. Between 2005 and 2008, soldiers from Russia’s 15th Motorized Rifle Brigade served as peacekeepers in Georgia’s breakaway Republic of Abkhazia. Veterans from the brigade say its units also fought in 2008 during Russia’s brief war with Georgia (which Russia officially designates as a “peace enforcement operation”).

In 2014, Russia’s Defense Ministry awarded medals to soldiers in this brigade “for the return of Crimea.” Ukrainian activists maintain that servicemen from the same brigade also fought secretly alongside separatists in the Donbas.

What will Russia’s peacekeepers do in Nagorno-Karabakh?

To monitor compliance by Armenia and Azerbaijan with the settlement’s terms, Russian soldiers will establish observation posts along the contact line in Nagorno-Karabakh and along the Lachin Corridor (which connects the breakaway republic to Armenia). According to the news agency TASS, the peacekeepers will set up their command headquarters near the city of Stepanakert, the self-declared Nagorno-Karabakh Republic’s administrative center.

Are there Russian peacekeepers serving anywhere else in the world?

Yes. In terms of geographic points, Russia’s biggest peacekeeping presence is in Africa, where it currently participates in five of the seven missions the UN now oversees on the continent. In total, however, these operations involve slightly more than 50 servicemen. Last year, in other conflict zones, Russia deployed an even smaller number of peacekeepers. In nearly all these operations, Russian peacekeepers are essentially no more than observers, meaning their contribution is more military expertise than troops.

One exception here is the Operational Group of Russian Forces (OGRF) in Transnistria, which was deployed decades ago to prevent the resumption of war between separatists and Moldova. Today, there are just 1,700 or so soldiers remaining in the OGRF — fewer than the 1,960 peacekeepers Moscow has pledged in Nagorno-Karabakh. Another difference in Moldova is that no existing agreement limits the OGRF’s period of stay, which is why Russia hasn’t withdrawn its troops, despite repeated demands from Moldovan officials. According to the new trilateral agreement with Armenia and Azerbaijan, Russian peacekeepers will remain in Karabakh for five years. This arrangement automatically renews if neither Yerevan nor Baku pulls out of the deal within six months of the agreement’s expiration.

How dangerous is this for Russia’s soldiers?

It’s hard to say. Russia’s experience in Transnistria and Abkhazia shows that warring parties have ceased hostilities at least for long periods of time after the introduction of Russian peacekeepers. But peacekeepers are always at risk. In Abkhazia, for example, local officials say 117 Russian soldiers died between 1994 and 2008.

More about the Karabakh War

Text by Denis Dmitriev with additional reporting by Dmitry Kartsev