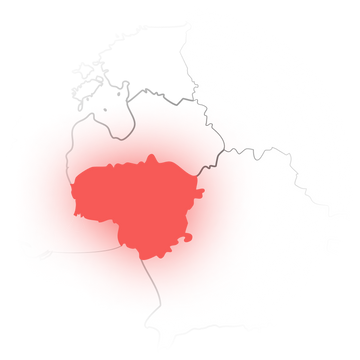 Russia has called Lithuania’s restriction of rail freight transport to Kaliningrad illegal. But is it?

Lithuania has limited rail freight transport between Russia’s far-western enclave of Kaliningrad and the Russian mainland over Lithuanian territory, banning the transport of goods that fall under European sanctions — steel and other ferrous metal products. The ban came into effect on June 18. The Russian authorities have declared it illegal.

Does Russia have grounds to call it illegal?

According to the Russian authorities, the transit ban goes against existing agreements. Kaliningrad regional head Anton Alikhanov said in a statement that the Lithuanian authorities’ decision violates the EU entry protocols and free transit rules established for Kaliningrad when Latvia, Lithuania, and Estonia joined the EU.

What’s the reasoning behind Lithuania’s decision?

The Lithuanian authorities are simply following the demands of the European Commission. The fourth sanctions package against Russia, passed in mid-March, prohibits transporting Russian goods made from steel and other ferrous metals over EU territory beginning on June 18. And the fifth sanctions package bans the entry of Russian freight transport into European territory, including trains.

In a further clarification published by the European Commission on April 14, the Kaliningrad region is treated separately:

What about the agreements the Russian authorities mentioned?

According to Russia’s Foreign Ministry, Lithuania’s ban violates a 2002 joint agreement on transit to the Kaliningrad region. That agreement, however, focused mainly on passenger transit, and specified that the agreement “will not infringe on the Republic of Lithuania’s sovereign right to exercise necessary control and refuse entry into its territory.” Exactly which part of the agreement the Russian authorities believe Lithuania has violated is unclear. Trains are currently still running from the Russian mainland to Kaliningrad.

Are the Russian authorities going to challenge the ban?

It’s not clear what jurisdiction an appeal would take place in or whether the Russian authorities plan to submit one. So far, Russian Presidential Press Secretary Dmitry Peskov has called the decision unprecedented, as well as a “total violation of everything.”

“The situation is more than serious in this respect, and it calls for a very deep analysis before any measures are taken or solutions chosen. This in-depth analysis will be done over the next few days.”